The Randstad Workmonitor finds that Indian employees are the most satisfied with their work.

According to the latest Randstad Workmonitor, Indians are the most satisfied at work while Japanese are the least satisfied. Out of 34 countries surveyed, India recorded the highest portion of respondents that were satisfied with their work (89 percent). Meanwhile, only 42 percent of Japanese said they were satisfied with their work and 21 percent said they were dissatisfied, achieving both the lowest and the highest outcomes in the survey, respectively. According to the Randstad survey, Japanese employees were also the least likely to expect a pay rise or a bonus for their work at the end of 2019, while 94 percent of Indians expected a pay rise.

The Randstad Workmonitor was launched in the Netherlands in 2003, and now covers 34 markets around the world. The study encompasses Europe, Asia Pacific and the Americas. The Randstad Workmonitor is published four times a year, making both local and global trends in mobility visible over time. The study is conducted online among employees aged 18-65, working a minimum of 24 hours a week in a paid job (not self-employed). Minimum sample size is 400 interviews per country. 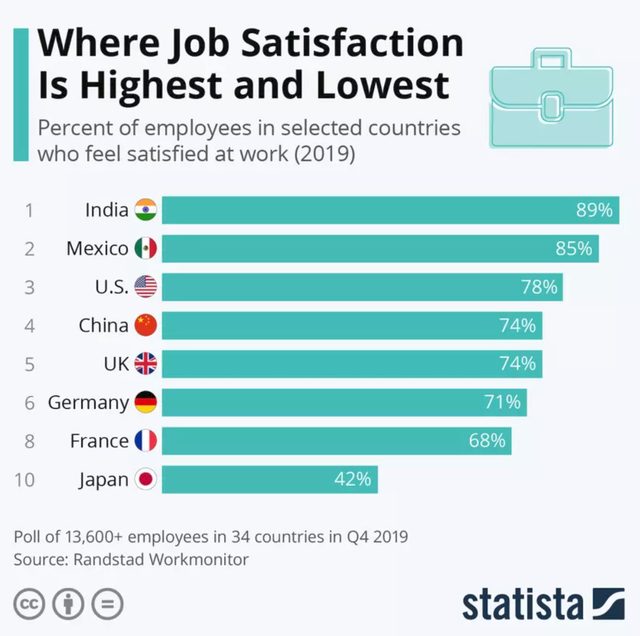 The Workmonitor’s Mobility Index, which tracks employee confidence and captures the likelihood of an employee changing jobs within the next 6 months, provides a comprehensive understanding of sentiments and trends in the job market. Besides mobility, the survey addresses employee satisfaction and personal motivation as well as a rotating set of themed questions.

Phil Tshikotshi has been nominated for the 2022 CHRO Awards

The vice president and country HR head at Startek has been nominated for his role in HR.

Survey shows that employees want privacy and places to do individual work when in the office.

PwC study shows that 20 percent of workers plan to change jobs in the next 12 months.