4 main forms of violence and harassment in the workplace

The Draft Code includes aspects already encapsulated in the Code of Good Practice on the Handling of Sexual Harassment Cases in the Workplace, as amended (Code of Good Practice). However, the Draft Code expands substantially on the different types of violence that an employee may experience in the workplace and what steps employers are required to take to deal with these forms of violence. In light of Women’s Month in South Africa and the ongoing surge of gender-based violence, this Draft Code is a step in the right direction towards addressing violence and harassment in the workplace.

The Draft Code lists various forms of conduct which would amount to sexual violence and harassment. Some of these are similar to those listed in the current Code of Good Practice, including unwanted sexual attention and quid pro quo sexual harassment.  However, the Draft Bill captures a further recognised form of harassment, namely the hostile working environment harassment. This occurs when the wrongful conduct deprives a complainant of dignity instead of a tangible benefit. The legislature intends to give statutory recognition to this form of harassment (that is also recognised in various jurisdictions), acknowledging its negative effect on a complainant and its role as a barrier to gender equality.

The Draft Code also compels employers to consider further factors in a matter involving sexual violence and harassment. These factors include whether the conduct was unwelcome; the nature and extent of the conduct; and the impact of the conduct. The test for sexual violence and harassment will include comparing the subjective feelings of the complainant to those of a ‘reasonable person’. Sexual attention will only be considered ‘violence and harassment’ if (1) it is persistent (although a single incident may be considered sexual harassment); (2) the complainant indicated that they were offended by the conduct; and/or (3) the person knows or should have known that the behaviour was unacceptable. This test differs from the one in the current Code of Good Practice.

In terms of the Draft Code, racial violence and harassment are examples of conduct that demeans, humiliates or creates a hostile or intimidating work environment for a complainant. This may include conduct which (1) intends to induce submission based on actual or threatened adverse consequences for the complainant and (2) relates to a person's membership of a group. Abusive language and racist jokes, racially offensive material, racist name-calling, negative stereotyping, offensive behaviour creating hostility, exclusion from workplace interaction and activities, and marginalisation and threatening behaviour fall under this form of violence and harassment.

The test for racial, ethnic or social origin violence and harassment is an objective test which considers the reaction of a reasonable person. Further, on a balance of probabilities, the conduct must (1) be unwanted; (2) be persistent or of a serious nature; (3) demean, impair the dignity, humiliate, or create a hostile or intimidating environment for the complainant; or (4) have been calculated conduct used to induce submission by actual or threatened adverse consequences; and (5) have been related to race, ethnic origin, or a characteristic with such group. 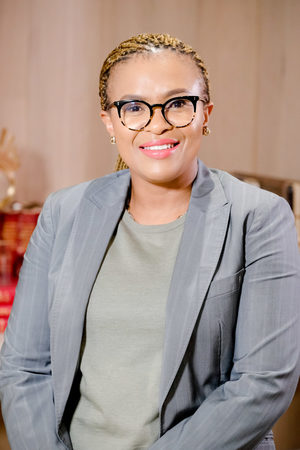 The raw reality of #MeToo

Join this candid and practical discussion with Elite Wealth Assets Insurance's Christelle Colman, Barloworld's Tantaswa Fubu, and Cliffe Dekker Hofmeyr's Fiona Leppan, to learn about the raw reality of #MeToo and what you as an HR professional can do.

Additional information must also be considered in the test, such as how the perpetrator treats other people not in that same racial or ethnic group if the perpetrator would have said or behaved in that manner if the complainant was not from that racial or ethnic group, the impact of the language or conduct, and whether the language or conduct is considered to be violence and harassment depending on the particular circumstances and/or could be considered insulting, abusive and /or derogatory.

Workplace bullying is unwanted persistent conduct (or a single incident) which is serious and demeans, humiliates, or creates a hostile or intimidating work environment. This conduct includes a wide range of insulting, demeaning or intimidating behaviours that lower the self-esteem or self-confidence of an employee. Some examples of workplace bullying include harassing; offending, professionally or socially excluding someone, or negatively affecting their work tasks. However, the Draft Code does not provide a test for workplace bullying.

We anticipate that further changes and guidance will be provided following public comment.

What should employers do?

Although the Draft Code is in the very early stages of becoming part of South Africa's labour law, employers should take note of the proposed changes in the Draft Code.  In dark times like these, with high rates of violence in the country, employers should take time to assess their current policies and consider whether they are fulfilling their common law and statutory obligations when dealing with violence and harassment in the workplace. Interested parties have 60 days from the date of publication (20 August 2020) to submit comments on the Draft Code.

Machine learning can solve some of Africa’s biggest challenges

Kgomotso Ramoenyane provides leadership tips to navigate the challenges of the post-pandemic workplace.

Remember the human condition when planning the hybrid workplace

Why change management is so critical when implementing performance management

Be careful when dealing with disruptive employees

The secret to successful filing is not leaving things to the last minute, writes Xero South Africa’s Colin Timmis.

Human-centred leadership is vital to survive an uncertain future

Preparing for the digitally transformed workforce in 2022

Danielle Barber shares the workforce transformation we have to adopt for 2022.

Avishal Seeth asks: Are you responsible for employee wellbeing?

Having a holistic EVP is key says the head of Sanlam Umbrella Solutions.