Covid-19 has put remuneration committees in a pretty pickle

CHRO SA on Wednesday hosted a webinar about executive remuneration where a distinguished panel of experts delved into the hot-potato topic of whether C-suite executives get paid too much, especially in the context of the Covid-19 pandemic.

The panellists for the discussion were Leslie Yuil, a director at Deloitte who also leads the Reward and Wellbeing practice within Deloitte Southern Africa; Shirley Zinn who is an author and non-executive director currently serving on the boards of Sanlam, MTN South Africa (chair of the remuneration committee), Afrocentric, and AdvTech (lead independent and chair of the remuneration committee); and last, but certainly not least, is Vodacom CHRO Matimba Mbungela who incidentally was the first cover ‘model’ of the first issue of CHRO Magazine and also won the HR and Technology award at the inaugural CHRO Awards which were held in November.

Moderated by CHRO South Africa managing editor Sungula Nkabinde, the panel explored the predicament that companies face when it comes to executive remuneration.

“On one hand, given the limited talent pool, good C-suite executives are extremely difficult to find and companies should pay as handsomely as they can to attract and retain this rare talent. On the other, there is the view that executive pay is so disproportionate to the average salary within an organisation that creates disharmony and destroys the sense of community that today’s high-performing organisations need,” said Sunugla.

Lesley, who is in charge of Deloitte Southern Africa’s annual survey about executive compensation outlined the challenge that remuneration committees are facing on the matter of executive remuneration, particularly in the context of the virus.

Time for a change

The subject of economic recovery was a pertinent one as the pandemic has had a devastating impact on South Africa’s economy. According to the National Income Dynamics Coronavirus Rapid Mobile Survey (CRAM), approximately three million people lost their jobs over the lockdown period, representing an 18 percent decline in employment.

Shirley said this meant it was time for ethical leadership which means that C-suite executives had to think beyond the temporary 30 percent salary sacrifice that many had made. She said it was for remuneration experts to look more seriously at the economy, the environment and society, and interrogate themselves on whether it is okay to continue with the current situation in which the ecosystem in which organisations operate is clearly crumbling.

“We have to look at integrated value creation because, if our economy, environment and society aren't operating properly because of the impact of Covid-19 we have to give REMCO's room to use their discretion,” said Shirley, adding that 30 percent salary sacrifices and freezes were a step in the right direction.

“But how long are we going to be able to maintain that? Some have committed for three months but it is perhaps time that those kinds of measures are extended. Long-term incentives schemes that existed before the crisis need to be recalibrated as there are some important ethical considerations that need to be made. We need to look at what people at the top are being paid versus what is happening to vulnerable people on the ground.” 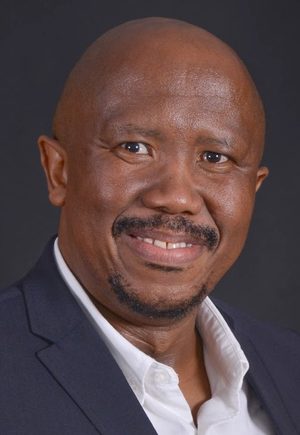 This webinar will focus on the challenges that HR leaders are facing when their organisation has undertaken to retrench workers, especially during the Covid-19 pandemic.

Matimba said it would be far more difficult to get buy-in from executives in the long term, especially in an instance where companies have thrived in spite of the pandemic.

Said Matimba: “Not all sectors have been equally affected by the pandemic. Similarly, even within the same industries, different companies have reacted differently. The key question to ask yourself is whether you are going to ask executives to take a pay cut even in the instances where they create significant shareholder value. Ultimately, You have to figure out ways to protect your talent because the reality is that the companies that will survive this economic onslaught are those that have high-quality talent in the business.”

Let’s not dwell on the pay gap

During the question and answer portion of the webinar, one of the attendees asked whether South Africa could learn from countries like Switzerland and Japan, where the remuneration gap between the CEO and lowest paid employee's salary was the smallest in the world.

Leslie replied by saying that it would be difficult because the political and socio-economic landscape in those countries was different from South Africa's. That said, he said he believed ethical leadership was the best vehicle for weathering the current storm.  Furthermore, Leslie said that it was perhaps more practical or even more desirable for organisations to focus on how it treated the lowest-earning employees rather than putting their focus on reducing the pay gap.

Said Leslie: “It comes back to the fundamental ethical question that every organisation must ask itself: 'Are we paying a fair and responsible living wage at the bottom end of the organisation?’ That is the question that needs to be answered rather than paying attention to the pay gap in absolute terms. As an observer, I would be more comfortable with a big gap in an ethical organisation that treats its employees well and looks after them, rather than have a smaller pay gap in an organisation that is not ethical how it treats its lowest-earning employees.”

MTN's Paul Norman told Community Conversation attendees what they should expect from their leaders.

Altron's Dolores Mashishi on building the workplace of the future

In an upcoming webinar, Dolores will explain why implementing Workday is key to continuing Altron's remarkable turnaround strategy.

The 2019 CHRO of the Year talks about how he's been able to stay at the top of his game for such a long time without ever feeling the need to switch companies.

The closure of two magazine publishers and 80 small print publications operating across the country has led to the loss of over 700 jobs in journalism.

Paul explains how Covid-19 renewed the spotlight on wellness at MTN.

Nominations are now open for the 2020 CHRO Awards

Nominate the CHRO you believe exemplifies HR excellence - the leaders we need in these challenging times.

HR leaders gearing up to welcome employees back

Moral collapse at the centre of South Africa's leadership vacuum

Ethics and governance pose the biggest threat to the country and organisations within it.

These are the individuals that shaped their careers.

Paul Norman and Sharon Taylor were the night's biggest winners with three and two awards respectively.

Saray Khumalo: I climb alone with the hopes and dreams of many

The first African black woman to summit Mount Everest shared her motivations at the CHRO Awards.

In an unforgettable evening of excellence and entertainment, the winners were announced.