Women's week: Who and what is holding women back in the workplace?

This week, CHRO SA and CFO SA will host two online events for women in finance and HR.

It’s women’s month and, under normal circumstances, CHRO SA and brother company CFO SA would host a dinner for the country’s top females executives in the HR and finance professions. The Covid-19 pandemic, however, has caused a change of plans and, this week, women will be coming together online from the comfort of their own homes to engage in discussions about the progression, or lack thereof, of women in the workplace.

At 14h00 on Tuesday 4 August, CHRO SA and CFO SA will be hosting a webinar about whether women need to be more like men to have successful careers. Women often feel that, in order to succeed in their careers, they have to conform to outdated stereotypes and act like men. But this is down to organisational culture, particularly in large corporates and multinationals where women seldom rise to senior positions within their organisations, and stay there, without having to emulate the leadership styles or characteristics of their male counterparts. In fact, the natural traits of women, such as their propensity to empathise nurture, give them an upper hand in being able to grow people, motivate them and, therefore get the best out of employees.

In 2013, research by British telecommunications firm O2 suggested the lack of female role models at the top of business was partly to blame for why so many women felt the need to look or act like their male colleagues to succeed.

Also, given there is only one woman CEO of a JSE Top-40 company, and the fact that women make up only a fifth of the directors who serve on the boards of JSE-listed companies, women with leadership ambitions would be forgiven for thinking that they need to be more like men to make it to the top.

In Tuesday’s webinar, CFO SA and CHRO SA editor in chief Georgina Guedes will moderate a panel comprising women who dispelled the myth that women need to be more masculine in order to scale the corporate ladder. 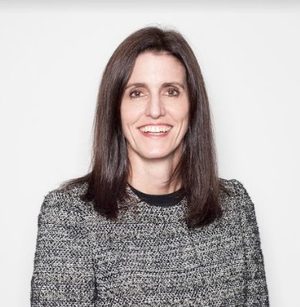 This webinar will explore what three leaders believe women can do for themselves – and others – to gain a seat at the table and improve representation for good.

Megan Pydigadu, group finance director at EOH, says that while she believes women can network more like men, they can bring their own unique approaches and attitudes to the table.

Candice Watson, group human capital executive at AECI, who is currently enrolled in a doctorate in Business Administration through UCT, pursuing her research interests in Women in Management, will share a blend of her own experiences and academic insight into the topic.

And Inge Walters, leadership practitioner, will bring her insights as a facilitator and coach, with extensive experience in developing women leaders, to the discussion.

Inge will be part of the following evening’s Community Conversation in which women leaders in finance and HR will explore the subject of language in so far as it pertains to claiming their share of respect and attention in the workplace and in the boardroom.

Reserved for finance and HR executives, the conversation will touch on the manner in which women are held back, not because they lack expertise or experience, but by the perceptions of their male counterparts.

Inge will explain to woman executives that this can be combatted by learning to speak out with confidence, using language that says they know what we’re doing.

Because, using words like “just” or “actually”, or phrasing statements as questions, are some of the linguistic tendencies women have that results in them being taken less seriously.

Be sure to join special CHRO and CFO South Africa Women’s Month Community Conversation with special guest Inge Walters on 5 August from 17h00 to 19h00. There will also be a panel of women HR and Finance executives, including Raisibe Morathi, Nedbank Group CFO, and Juliet Mhango, Chief Human Capital Development and Transformation Officer at Cell C, who will be discussing the language they’ve used to forge their way to success.

Abdullah Verachia reveals the makings of a future-fit HR function

CHROs at the Cape Town Summit hear how people-priorities have shifted, and organisations have to adapt.

Renske Coetzee has been nominated for the 2022 CHRO Awards

Redefine Properties’ group HR manager, Renske Coetzee, has been nominated for her experience in HR.