They share experiences on what it takes to lead the leader of your organisation.

A CEO (or equivalent role) is the uncontested leader in an organisation. Typically this person is a visionary, dynamic and vital. Often the role of the CFO is positioned as the foil to this, the sounding board in constructive opposition to the CEO’s bold ways. More and more, though, those who think about corporate culture and operations are acknowledging that this partnership should actually be three-sided. The CHRO can be the third leg, providing balance in the same way that a tripod’s third leg would.

Writing for the Harvard Business Review a few years ago, the authors of Talent Wins: The New Playbook for Putting People First argued for this, saying: “Managing human capital must be accorded the same priority that managing financial capital came to have in the 1980s, when the era of the ‘super CFO’ and serious competitive restructuring began.”

They call this concept of the tripod of leadership, the “G3”, writing: “The result will be a CHRO who is as much a value adder as the CFO. Rather than being seen as a supporting player brought in to implement decisions that have already been made, the CHRO will have a central part in corporate decision-making and will be properly prepared for that role.”

Welcome to the team

In its absolute simplest terms, this is all underpinned by an understanding that the finances, the sales, and the strategy – the bread and butter of the business – are pretty hard to achieve without the right people and the right leadership to direct these core ‘human assets’ or human capital.

Consultant and change agent Dave Colley recalls a quote from Vinod Khosla, the co-founder of Sun Microsystems (that was later acquired by Oracle), who said: “A company becomes the people it hires, not the plan it makes.”

It encapsulates his own feelings about just how important staff are to strategy in any given business, and naturally, then the CHRO is best positioned to “lead the charge” here. “The CEO directs the why and the what,” says Dave. “Then it is up to the COO, CFO, and the CHRO to provide the how.”

Another way to look at the interconnectedness of these “top dog” roles is to use a handy sports analogy. Dave is a keen fan of most sports, especially team sports. To his mind, he says, if the CEO is the coach of a team, the CHRO is the selector: “The coach can only coach the people selected. So the relationship (between coach and selector) is symbiotic.”

Another champion for this way of thinking is Shirley Zinn. Today, Shirley is a professor, consultant, and non-executive director on the Boards of JSE-listed Sanlam and Sanlam Life Insurance, MTN SA, and Shoprite Holdings, among others.

Her experience spans public and private sectors, and she believes that both areas clearly benefit from aligned CHROs and CEOs. She worked with Pravin Gordhan at SARS and Tom Boardman at Nedbank – during times of fundamental change and rethinking, when both organisations essentially needed ‘turnaround strategies’ and their leaders were on missions to win over staff and the general public. These experiences are, to her mind, perfect examples of “the magic that can be unleashed when you work with a CEO who understands the importance of people.”

“Pravin spent a lot of time with me to make sure we were getting the right messages out, that change management was being successfully handled. This wasn't ‘just’ an HR thing, but firmly a strategic element that was about transforming the organisation. It was wonderful to work on this because of the healthy CEO-C 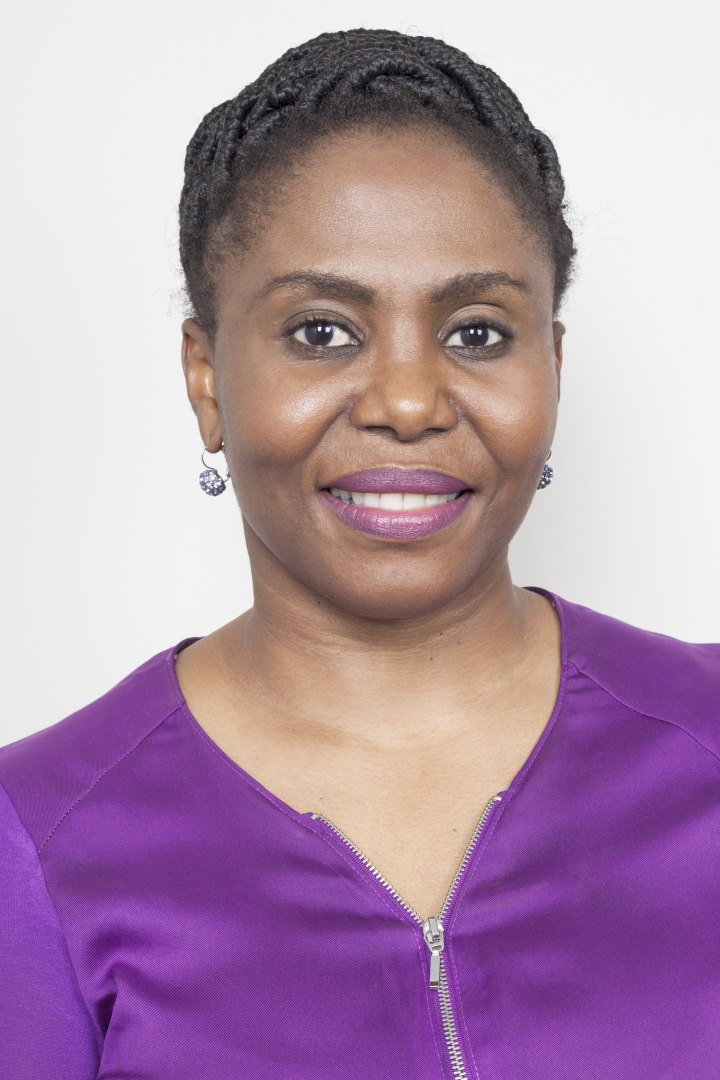 HRO relationship. There was trust and no fear that the CEO was going to tell you what to do. It was about the co-creation of our big vision, our common purpose for the organisation, and how we get people behind that.”

Ndivhu Nepfumbada is the head of HR for TransUnion. She agrees that for an HR person to be effective in an organisation, there needs to be strong alignment with the CEO. “I found that building a trust relationship with the CEO is so important. Once you have built that relationship, you become the conscience of the organisation when it comes to decisions that need to be made, especially those that affect people,” she says.

As an experienced HR leader, she has had the opportunity to work with several CEOs at a number of large corporations. CHRO South Africa asked her how she has built up a rapport with so many CEOs during this time, and Ndivhu argues the key is to be authentic.

“The fastest way to lose credibility is when you are seen as someone who doesn't take a stance. When you make a stand, your integrity is the basis of that. People must know what you stand for, and that even when things get tough, you don't change or shift. Then they know they can trust you.”

Next, she says, an ambitious HR leader must look for ways to become indispensable to the company and C-suite. “What you bring to the table earns you respect,” she says. “Do you bring things that make a difference in the business? Can they trust you to deliver? It can't be just a 'talk shop'. You need to make a difference in your area.”

Take two and call me in the morning

A great example of this in action, says Ndivhu, is an anecdote about how she won over a CEO who had previously not enjoyed a solid working partnership with her predecessor.  “At one of my previous jobs, my predecessor could not work with the CEO at all, but I found that we worked brilliantly together. What was different?

“I believe you – as HR lead – need to identify what keeps your CEO awake at night. Ask what are the areas that are a concern, or the biggest issues they face, and then bring solutions to those issues.”

This has several immediate benefits, she says, but most importantly it buys you time with him or her. “If you bring solutions for their biggest business issues and what you can do from a people perspective, and you start seeing results, then it makes it easier for them to give you the benefit of the doubt, and to trust you. I always try to identify their headaches and I prove myself in solving those.”

She also cautions HR leaders to be ready to be flexible, to work with a CEO in the way they prefer to work: “All leaders have different styles. If you are going to lead them, you should study them and understand how they work. You get more from the relationship if you manage it according to their style.

“It is not a one-size-fits-all approach. The principles are the same, but how you do it will be informed by really understanding what makes your leader tick, what makes them amenable.”

The above are all simple and generally well-known tactics, rather than “rocket science”. They reflect some of the principles of classic ‘how to’ guides like “How to win friends and influence people”, recalling Carnegie’s tips to “Give honest and sincere appreciation” or “Make the other person feel important – and do it sincerely” – among others. In recognising this, we are reminded that the so-called basics of people leadership are fundamental.

Register today for two incredible days of learning and networking on 14 & 15 October. Brigitte da Gama, Chief People Officer at McDonald's, will be sharing her professional experience with thousands of HR professionals.

Ndivhu also believes that her role in relation to developing the CEO is part and parcel of this whole endeavour. “My CEO now talks to me every day. We engage about how meetings have gone, for example, and I also provide strong feedback on his own areas of development, ways for him to become even more respected as a leader.”

“I believe that a lot of HR heads need to become a coach for the CEO and their colleagues. We need to create an environment where they trust you enough to talk to you about what is going on and what they are struggling with, knowing that you will be able to give them wisdom, but also the tough feedback sometimes needed, feedback that is perhaps difficult to hear from someone else.”

Clearly, when you have the CEO’s ear on their own development, half the ‘trust battle’ is already won.

Shrugging off the past

HR has come into its own in the 21st century, says Shirley. “In the past, HR may have been afraid sometimes to put up its hand and lead. There was an inferiority complex for some in the space, a fear that they don't understand the business or the commercial concerns, or those kinds of challenges.”

In some organisations, she says, HR can easily be made a box-ticking function focused on compliance, benefits and administration. More and more though, there is acceptance of the role of HR in transforming a company into an organisation that is at the cutting edge, what she calls “a future-fit organisation”.

"HR has come a long, long way in establishing different approaches to how we manage people, how we unleash their potential, and how we create a humanising organisation that is caring and empathetic towards people. We are key to creating an aspirational place to be, led by people with vision.”

“Today the most progressive organisations have figured out that partnering with HR professionals who are able to work with the CEO is something that ensures we perform at an excellent level, and that that excellence is sustainable. I read somewhere recently that ‘an epic relationship requires mutual trust and respect’, and I really do believe those are the key pillars.”

Lindsay Burgess is a foodie who enjoys exploring different dishes

The head of human resources marvels at seeing her HR career blossom.

Bernadine Goosen seems to be drawn to working for family businesses

When she is not wearing the HR officer hat, Bernadine Goosen indulges in mountain biking.

It took leaving her previous job for Ilze Johnston to find her true purpose.

Having worked in various administrative roles before, Claudia Sefatsa says HR found and chose her.

Candice Watson has never been shy to push over hurdles in order to achieve her goals.

For Ndima Rawana, integrity, ethics and honesty are key to running a successful company.

The energetic leader believes in the value of showing up in the moment.

Rand Refinery’s Unathi Sihlahla is a stranger to impostor syndrome