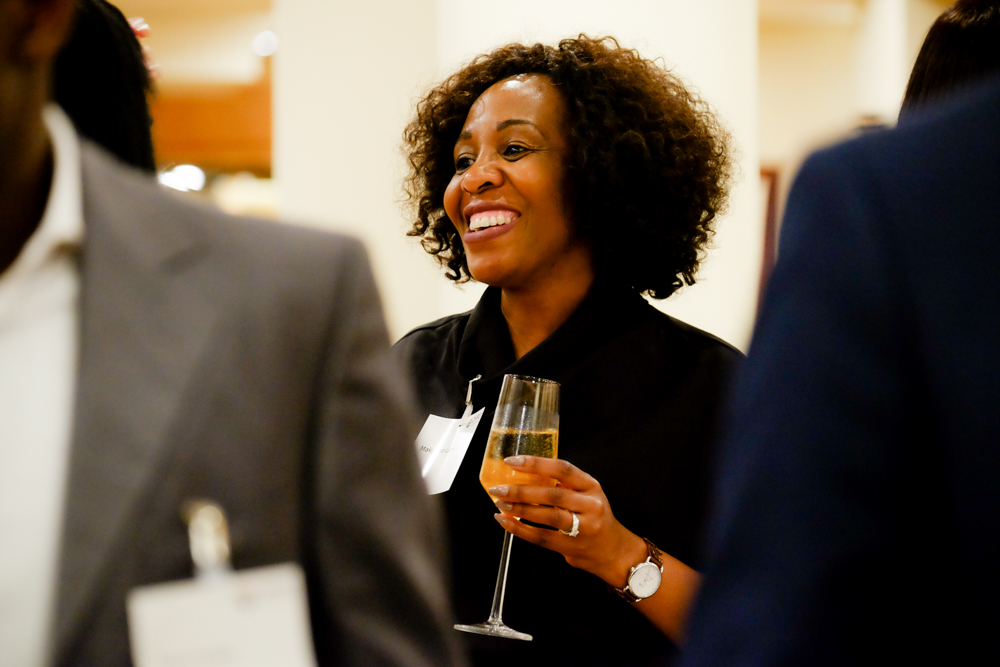 Having successfully launched in February this year, CHRO SA held it's first year-end function at the Saxon Boutique Hotel on Thursday, hosting a regular cast of top-notch HR executives who shared their thoughts on their plans for the coming year. Sponsored by Workday, CHRO SA is a community of leading HR professionals, who regularly come to together to discuss ideas and challenges facing the profession. Graham Fehrsen, MD of CHRO SA began by addressing the big elephant in the room - the absence of former CHRO SA executive manager DIdi Sehume, who had been instrumental in building the community but had moved on to pursue other things.

Plans to grow CHRO SA are as ambitious as they are exciting with Graham announcing there would be HR Indaba in the new year, while plans were also underway to launch the CHRO SA magazine.

The focus of the evening was very much about talent and how executives planned to do better in terms of attracting and retaining the best people for their organisations.  Marge Mantjie, Head of HR at Adams &Adams sat on a panel alongside Moula Mokhobo-Amegashie, Managing Partner at Drayton Glendower & Mokhobo and Dr James Ramakau, Senior Human Resources Manager, AngloGold Ashanti, and said there was a war for talent, particularly in the legal space where international players are coming into the market.

"For us, our plans are to focus on the efforts that we put into maintaining and retaining our talent. Retaining talent is not only about the monetary value that you give your employees. It's also about expanding the value proposition that you offer an individual so we have to be creative about the offerings that we present to candidates, which will also help the firm in terms of differentiating itself from other players the market," said Marge. 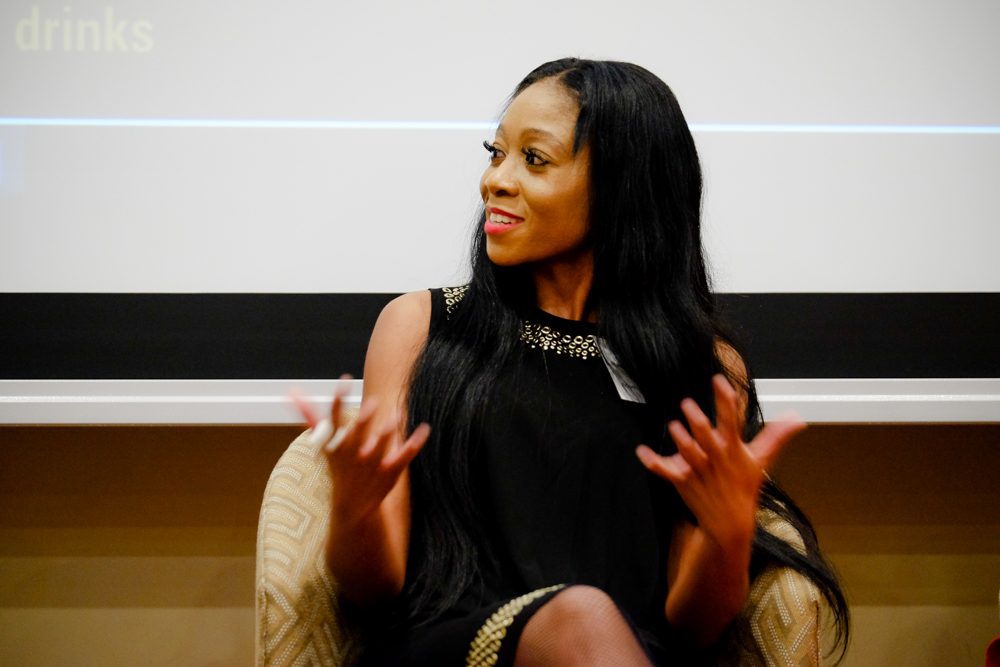 She said this was especially necessary in lieu of budget cuts for HR portfolios, where executives have less money to work with still have to improve performance.

Said Marge: "For example, we are establishing relationships with banks to find out what products they can tailor make for the calibre of talent that we want to attract. For things like home loans, for example, we have asked if they can give preferential rates to our lawyers and we make sure that we start at the graduate level when candidates are young because that's how to get them to switch banks accounts before they settle and mature in the relationships that they currently have.  That's one of the creative examples. It's not costing the firm money. It's simply about establishing and maintaining relationships with the relevant institutions."

More than bells and whistles

That said, the employee value proposition has to have more than the financial bells and whistles. Because, in an environment where many organisations are all fighting for the same people, talent does not choose an employer based solely on what they can earn. It's also about How organisations make them feel as a person. People are increasingly looking for freedom, less bureaucracy and real mentorship. Moula said she has tried to build a model where she treats everyone like a shareholder in the business. That means creating a culture where everybody understands the business objectives and is given freedom to pursue those goals in their own way.

"When you've worked with people for a long time, you have to understand that these are professionals who know what they're doing," said Moula

"From a flexible working environment perspective, we come to the office to meet clients but, at the end of the day, everybody can work from wherever they want. As long as people understand that the client comes first and they respond clients as soon as they call. They don't have to know that you are responding from your bedroom. As long as you have the correct information on hand and you know what you're doing, it's fine."

Marge pointed out that this was important to establish a relationship between the hiring partner and candidate from an early stage of the recruitment process. That means doing all traditional formal interview but, just before the offer is made, HR should remove itself from the process so that the new individual and the new manager can start building a relationship. That provides an opportunity to start an open dialogue going between the individual that their soon-to-be boss, which will allow them to understand each other in terms of what their respective expectations are going to be.

Bringing the humanity back

James brought the conversation back to a topic that was the subject of an earlier CHRO SA roundtable, which was to bring back the 'human' in human resources, which he said was something that the profession was losing.

"We are becoming more strategic because that is what the role increasingly requires in order to have a seat at the boardroom table but, as we become stronger business people, we become very hard and cold when it comes to the human element. For our executive team, we try to conscientize them and remind that we are dealing with individuals who still deserve to be treated with respect and dignity," he said. 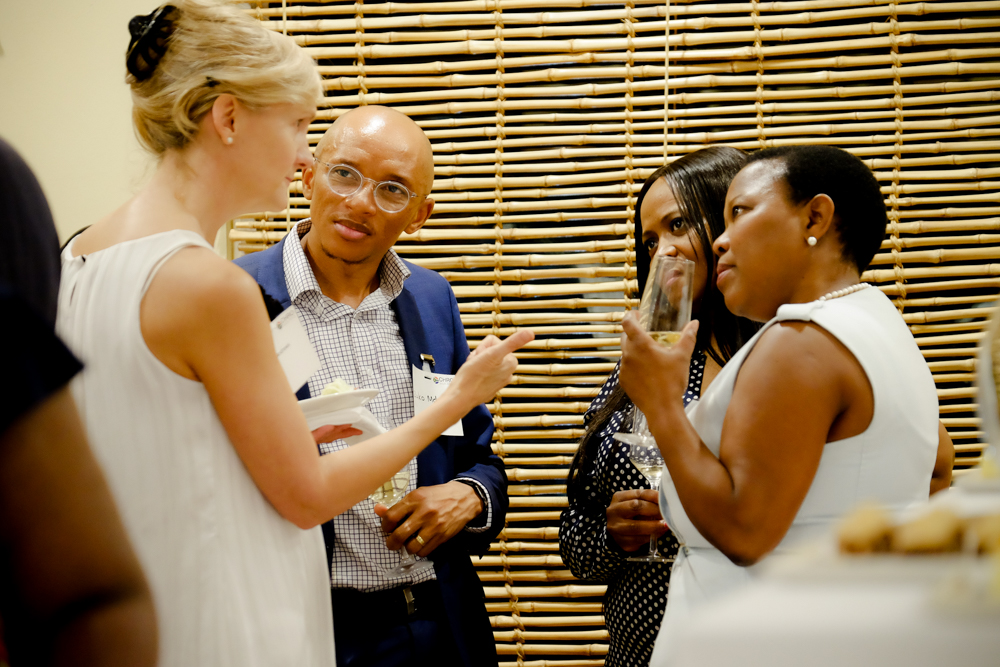 being honest with people. If times are tough, don't sugarcoat issues. Even if you as a leader are under pressure, you have to raise your voice and ask for assistance. One shouldn't pretend to be tough and unbreakable simply because they are an executive. Because we have to be authentic as leaders."

The point was echoed by Tshidi Khunou, Experienced Hire Recruitment Manager at PwC South Africa, said that, in order to reflect the organisation's humanity, more effort had to be put into equipping the HR teams that deal directly with employees. He said HR professionals tended to burn out a lot faster than those in other functions because they have to deal with human emotions as well as the expectations to deliver. When talking about retrenchments, he said HR was are more likely to have a proper plan in terms of the business case or strategy as opposed to preparing the people who are going to have to deal with employees knocking on their doors and asking if they are going to get fired.

"It's important, therefore, to remember the value of teams who are often experiencing the same levels of stress and pressure that we do as executives. I think that is the one thing that we are missing in the HR community," said Tshidi.

The session closed with attendees being asked to reflect on how they would work on themselves to make sure they are best prepared to take on the challenges of the coming year. 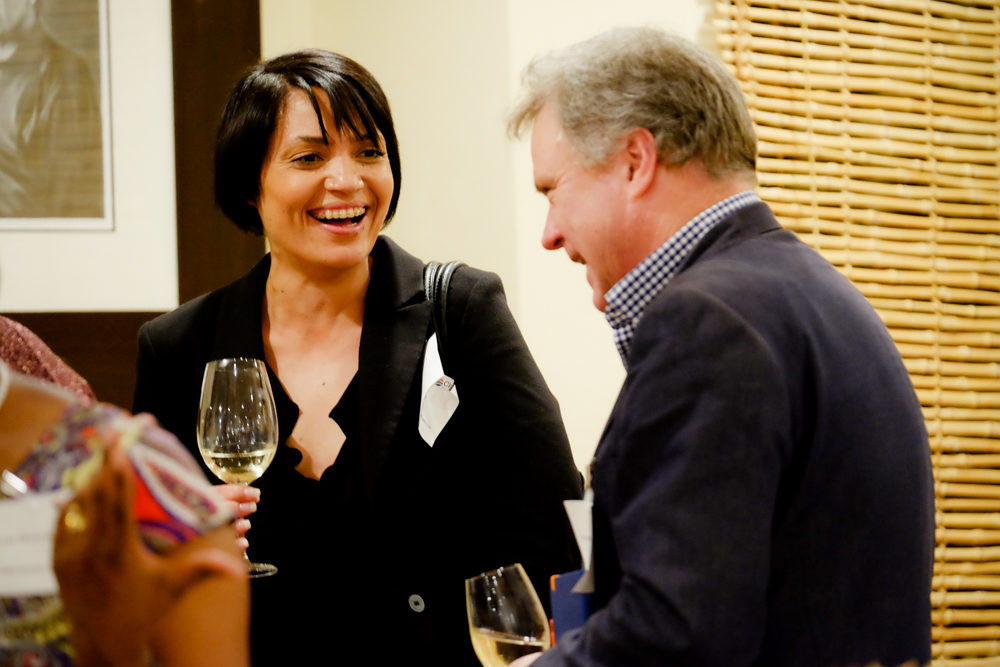 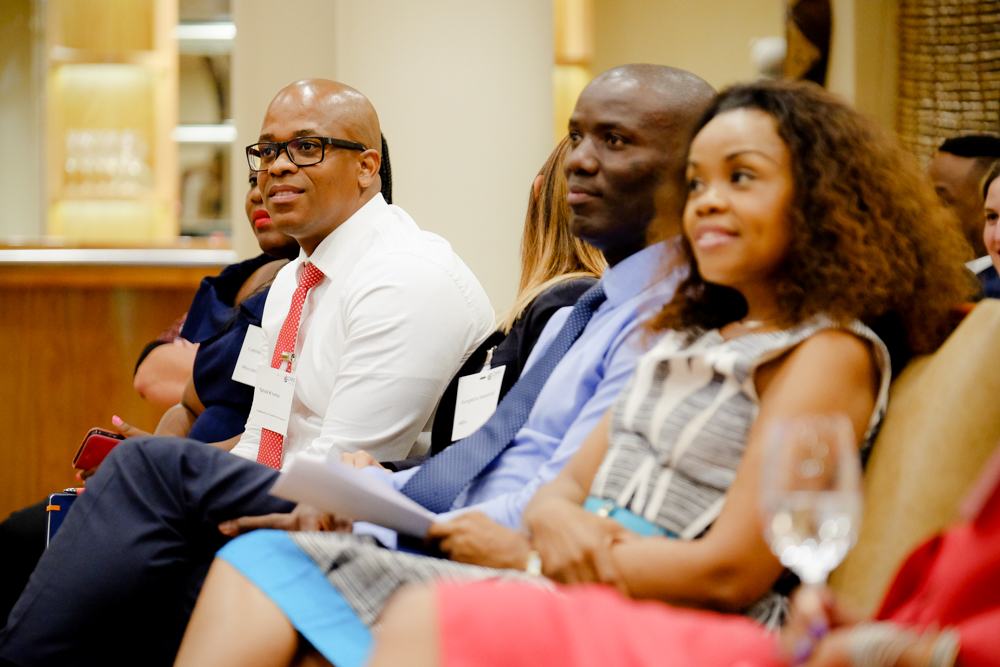 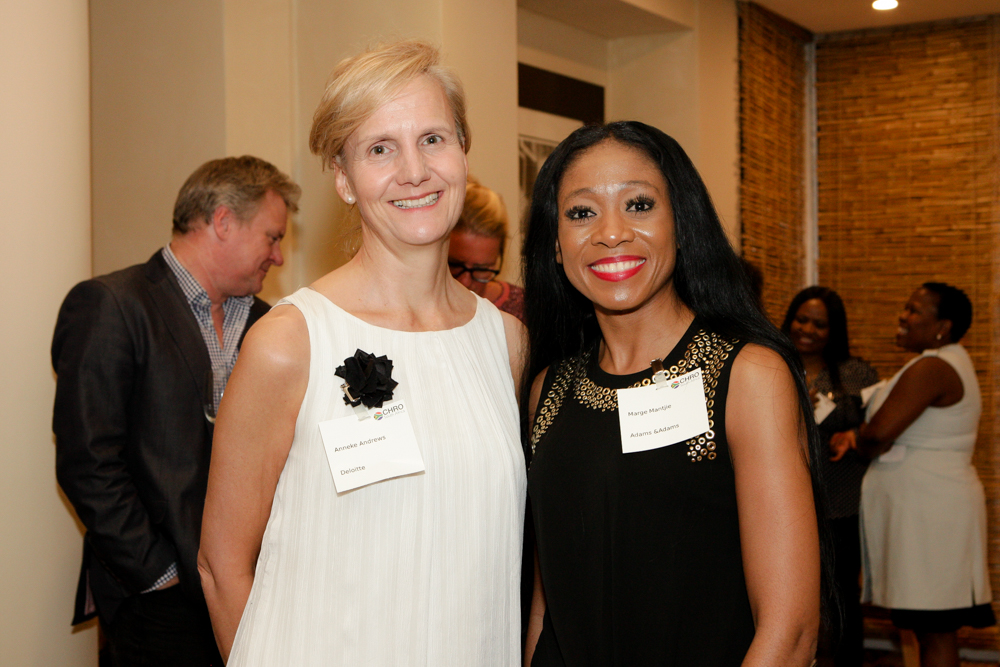 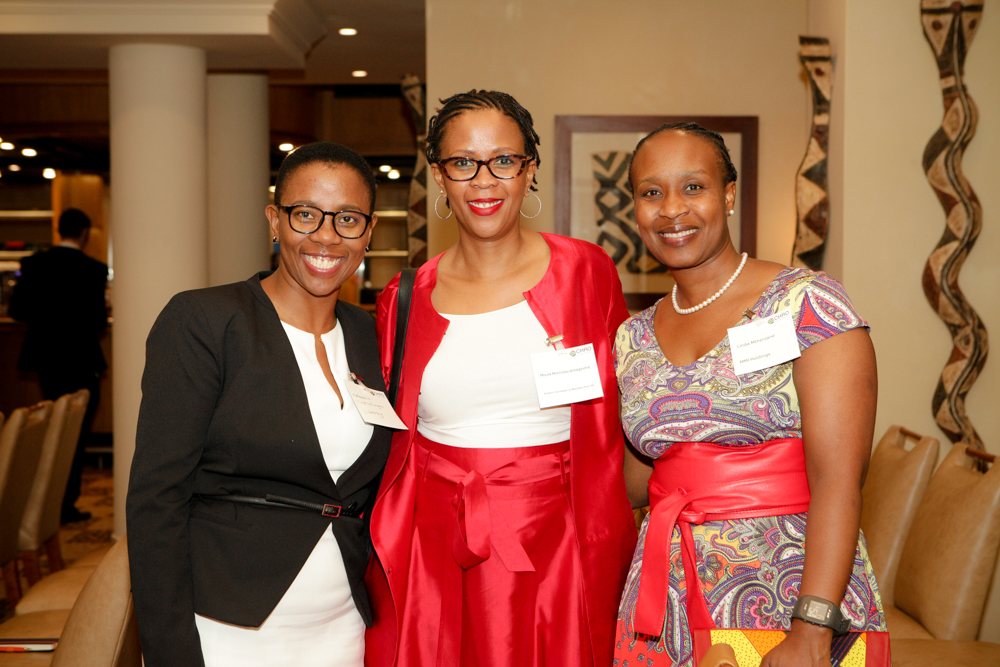 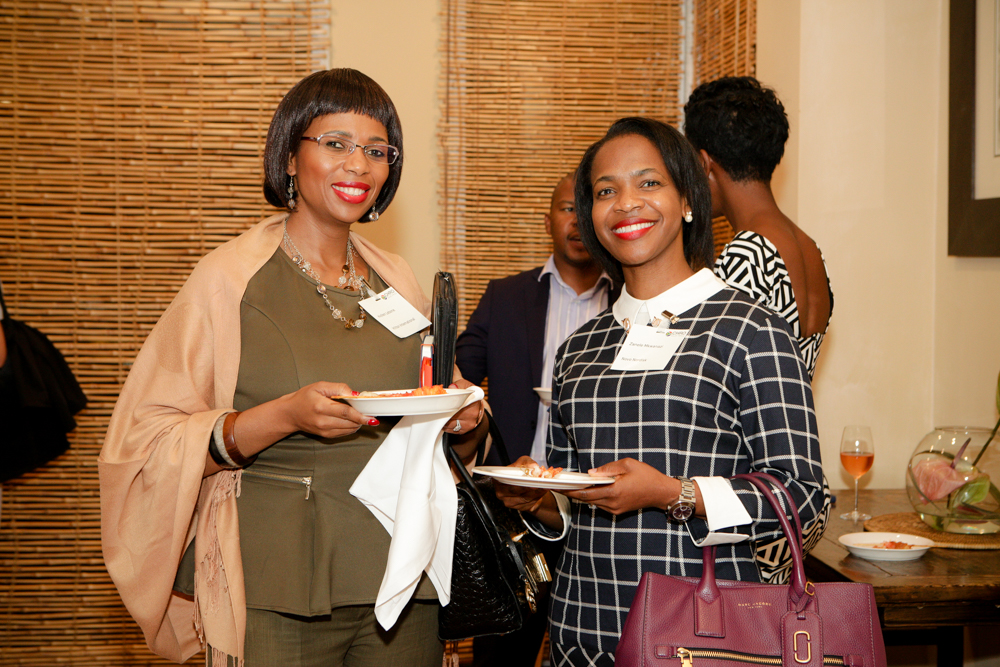 Workday sponsors the CHRO of the Year Award

Workday hopes the winner will have delivered extraordinary results and owns the heartbeat of their organisation.

As the new country lead, Kiveshen Moodley will drive growth and success for Workday in South Africa.

Workday’s Zuko Mdwaba says it’s a privilege to work with organisations that focus on people.

Use your influence for change: Women execs gather for inspirational event

CFOs and CHROs gathered to share ideas, learn from thought leaders, and be inspired.

Webinar presents research from Peakon revealing what your employees need

Curated, personalised experiences keep employees engaged and motivate them to bring their best selves to work.

The workforce of the future needs to be agile to survive, said panellists in an HR Indaba Online Impact Session.