Sthembiso Phakathi has a unique approach to organisational effectiveness

He believes his job is to make his own role obsolete

“My job, very simply, is to help organisations become more effective in the way they run processes, perform their activities and serve clients. I help leaders create an environment where people can excel flourish and develop. My role is also to ensure that business leaders create an environment where people can actually occupy fulfilling and rewarding jobs. We try to stretch their limits in order to help them realise their full potential. We don't put people into little roles but, rather, we allow them to ‘play’ freely in an enabling environment. Ultimately, my big agenda within the Bank is to achieve simplicity, agility and to improve the speed of getting things done. “My biggest enemies are bureaucracy and duplication,” says Sthembiso Phakathi, Head of Organisational Effectiveness at Barclays Africa Group Limited.

‘Sthe’ believes his priority is to empower people so that they do or learn at least part of what he does so that his role, as it is today, becomes irrelevant in the future. His leadership is about impacting other people to basically do or lead teams without reliance on him as an HR professional. His role should, therefore, evolve into something very different from today.

This is a quote that really resonates with Sthe, who says he is not a people manager.  He prefers to give people all the tools they need so that he is no longer needed. In fact, he has been able to train many HR business partners around organisational design and change management. Because of that, his expertise is already less needed in those areas. “Now that they can do those things that add more value for our enterprise and clients, my role is evolving into something else”, says Sthe who believes his work is never static.

“If I'm back here five years from now, I should not be doing what I'm doing today. Otherwise, my job would not have been done properly. Every day I look for opportunities to teach or empower someone else to learn what I do and then do it their own way but learn the skills, techniques and obtain the functional knowledge that I have so that I can focus on talking at conferences, writing thought leadership or investigating or researching in the areas that I'm passionate about,” he says. 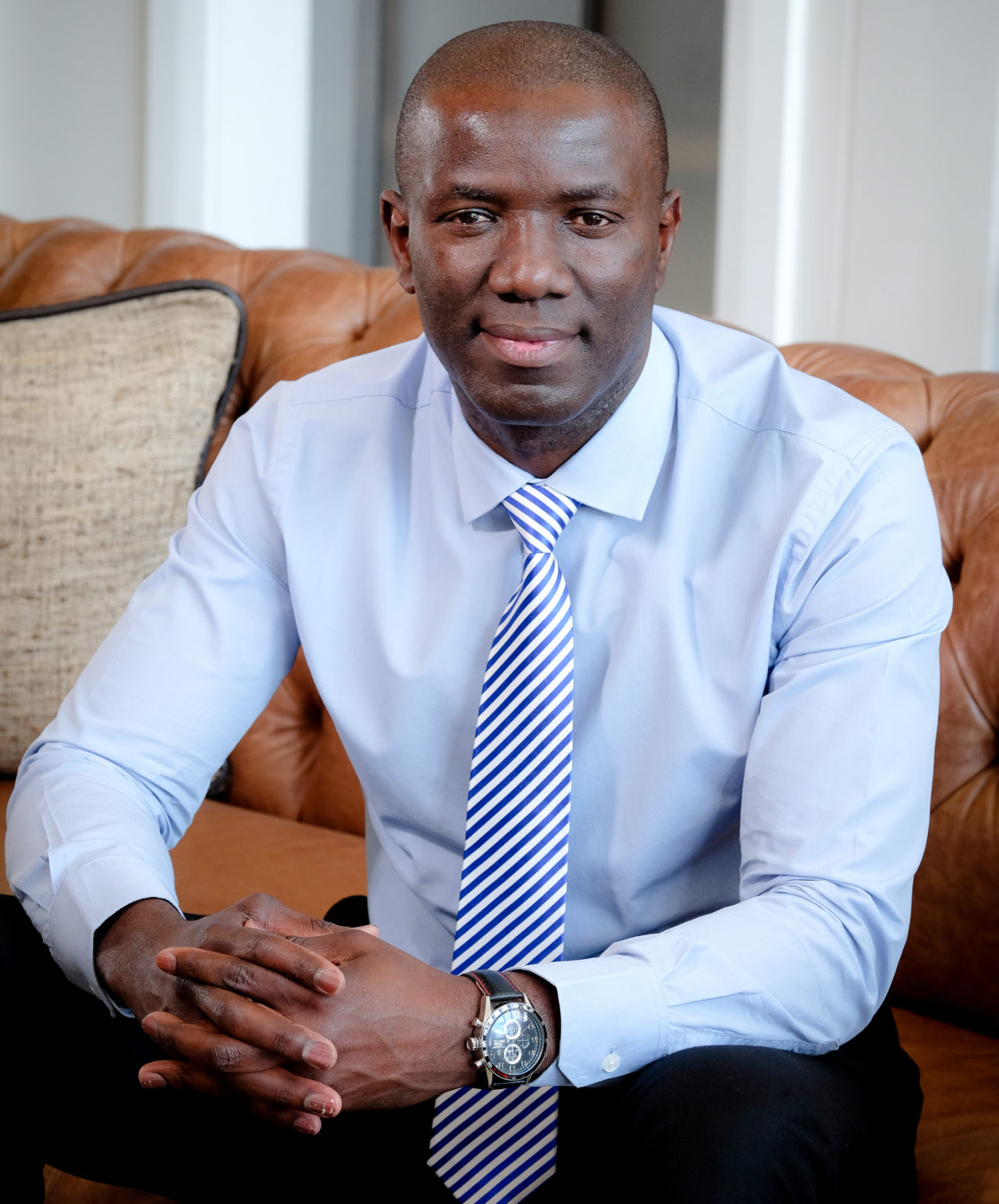 Organisational design is an art

Other things that he has been able to do include making line managers realise that organisational design is artistic and not scientific. If a company is to reduce costs and drive efficiency, he believes that, to some extent, it’s a matter of common sense. Companies don't need people with master’s degrees in industrial psychology or people with MBA's to tell leaders what to do. Ultimately, it’s about figuring out how one can do more with less.

Says Sthe: “Creating people solutions is never predictable. It changes all the time and it's almost more like an art as opposed to science. You go to business schools and study about human sciences but, when you’re in the field, it's nothing about science. It's about intuition and sometimes about passion. I always say, if a machine breaks down, you already know what to do. There are two or three things that you could look for to check what the problem is, whereas, with people, you never know what the solution is going to be. If the morale of the workforce goes down, for example, or relationships start deteriorating, it could be symptoms of many possible root causes. So I have found that I like working in the unknown. I like the unpredictability of working with people tackling different challenges or problems. It sparks creativity because you never know what’s going to work.”

On the impact of technology

Sthe believes that technology is already changing HR in the workplace. At Barclays Africa, for example, they’re about to introduce Workday system in HR, among other things, which will significantly improve colleague experience. At the moment, they take about six to seven weeks to onboard someone before they become productive. But this new system will allow new hires to have information at their fingertips so that they know what’s going on and can, therefore, start being productive within days.

"If someone is hired today, they even start being productive on the first day because, while serving the notice period at the job where they are employed, they can be given access to everything remotely and they can start learning about how that company operates,” says Sthe.

“New employees shouldn't have to track HR down to ask how to apply for leave or change personal information.  We want to remove all protocols and hierarchies and bureaucracy so that when you are here, you do your work. I believe that, if the information is made simple and easily accessible, people are going to become more productive and independent. That's why I imagine that in five years’ time; HR organisations are going to be 30% smaller and 70% more effective than they are today.”

HR of the future

He says different roles and capabilities are going to emerge. There are going to be more strategic and advisory roles. There will be more mentors, SME's and specialists as opposed to administrators and managers.

“Managers and administrators are going to be replaced by SME's, advisors and coaches and, by the way, we are trying to place more emphasis on more coaches and mentors more than before as opposed to managers and leaders,” says Sthe adding that even the approach to performance measurement is already changing.  At Barclays Africa, they are now paying more emphasis on measuring teams as opposed to individuals. “Yes, individual contribution remains important. However, we want to focus on measuring team performance. If one person in a team of four is not performing, it’s up to the other three to do something about it and not the line manager. That drives people to think as a unit and be able to identify weak links in the value chain,” he adds.

“So, if you are compromising our ultimate goal, we must decide as a team whether you step aside, whether we send you on training or we remove you completely. This is different to what most companies do today where the solution is to report that person to the manager and the manager decides,” says Sthe, who believes individual-based performance management is tedious and sometimes counterproductive. That is why they prefer to decide on team goals and team outputs. They still do recognise individual contributions but, when it comes to measurement, it’s about team performance.

Discovery’s Steven Teasdale is a lifelong student of leadership

Steven realised at an early age that there wasn’t a much better feeling in the world than helping people grow.

Sharon says belonging is about being able to bring your true self to work and thrive.

If the global financial crisis was the mock exam, Covid-19 presented the real test for HR leaders, says Shyless.

The Globeleq senior HR manager believes there is synchronicity between renewable energy and D&I.

It is also why Brigitte won awards for Transformation & Empowerment and Talent Management at the 2020 CHRO Awards.

Athol is fresh into his role as the HR director for East and Southern Africa at Nestlé.

In her two years at the FMCG giant, S'ne and her team have transformed Tiger's people agenda and talent development approach.

The 2020 Young CHRO of The Year tells the story of what one can achieve if they’re willing to work hard.

Lucia says their employer brand is, in some ways, not dissimilar from the company’s witty consumer brand.

Nametsegang Maruping on her role as group executive: human capital for Altron

CHRO SA caught up with her to find out more about her vision for the role.

THE BIG QUESTION: Is AI the future of recruitment? How human-and-robot superteams are evolving talent acquisition

How to re-energise your workforce: Using your employee experience to overcome staff fatigue