Following Abey's experience at Lonmin, the pair found healing on a pair of Harley Davidsons.

Mercedes Benz South Africa’s executive director of HR & corporate affairs Abey Kgotle and his wife Nthabe are bonafide bikers. Earlier this year, the two of them participated in the Harley Davidson Skeleton Coast Rally and completed a 5,500km roundtrip to Swakopmund. The couple now has ambitions of riding the US Route 66 across 14 states and are currently planning a highly ambitious 11,000km ride for a charitable cause.

“Every serious biker has Route 66 on their bucket list,” says Abey. Sitting in their home in Selborne, East London, the couple giggle like a pair of love-stricken teenagers as they talk about their favourite pastime, reminiscing about some of their fondest memories of previous trips.

In 2014, during their first long-distance ride from their home in Hartbeespoort to Gariep Dam, they forgot to bring their rain suits and Murphy’s Law had them riding in the pouring rain for the 180km stretch between Grasmere up to Kroonstad. On the way back they were hit by a cold front so frosty it should have convinced them to find a new hobby.

“It was so cold that we could barely feel our fingers. So we were drenched in rain when we arrived in Gariep and damn near frozen upon our return. We were still novices at the time and were riding on one bike together because Nthabe was still injured from her accident,” says Abey, referring to his wife’s motorbike accident in which she broke her right femur within her first year of getting her bike.

One would think an injury like that would have discouraged her from ever getting on a bike ever again, but no. Nthabe kept riding with her husband even while she was on crutches.

“People get injured in car accidents all the time, and they don’t decide to stop driving so why should I stop riding? I mean, I have a friend who fell and broke her femur after missing a step in her own home. These things happen,” she says.

In fact, owning a bike has been a dream of hers for a very long time. Her father used to hang up pictures of Harley Davidsons in their garage and often said that he would own one someday. That’s when the seed was planted. For Abey, the bug bit when the couple was involved in a terrible motor vehicle accident in 2004 and they were overwhelmed by the kindness of bikers that came to see them in hospital.

“They would come to pray with us and helped us through our healing process, and we didn’t know them from a bar of soap. At that stage, we had never spoken about Nthabe’s childhood dream of owning a bike, but I think the idea was subconsciously planted in my mind,” says Abey.

10 years later, when he told his wife he was thinking about getting a bike, he didn't think she would approve but it was music to her ears. Her only condition was that he had to buy two.

Healing the wounds of Marikana

Although it had been years in the making, the Kgotles’ biking hobby became a reality in the wake of the Marikana tragedy.

Abey had been at Lonmin for four years before the tragic week in South Africa’s history where 10 people were brutally killed in the midst of the violent strike action and infamous police shooting where 34 miners died. He was charged with finding a resolution to the impasse and it was an experience that challenged every part of his character.

“The one thing that I had to grapple with was moving beyond my own personal views about what happened and leading the process of finding a solution. I had to overcome the pai 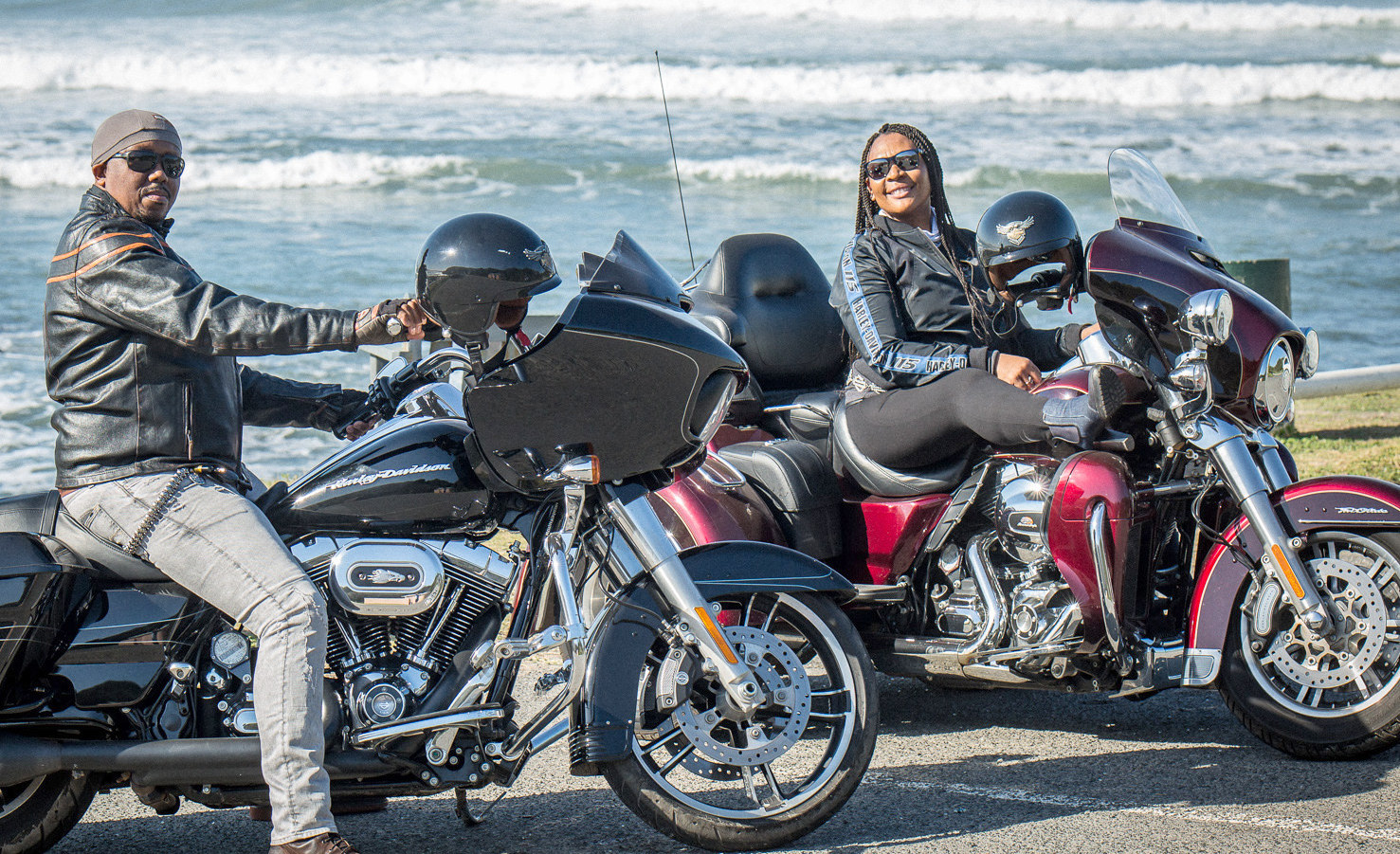 n I saw in the eyes of so many families, the anger and endless questions and work on finding a solution,” says Abey.

Having bodyguards is not glamorous

It was a traumatic experience for Abey who always credits his wife for getting him through what was the most trying time of his life. Not only was he worried about his own safety and that of his family, Abey had to be a pillar of strength for his team who were dealing with the same threats and pressures.

“Driving around for two-and-a-half years with a bodyguard is no child's play. People think it is glamorous but there is no glamour in it. If anything, it is very restrictive on your personal space and your freedom and it only compounds the stress you have in the workspace,” he says.

“Leading a team in that space is very difficult. One of my guys, who was involved in the negotiations ended up spending three months in hospital as a result of the traumatic experience we endured. So you can imagine how much of a toll that took on the team… One has to balance your own pain while also caring and empathetically care for your direct reports who are also under immense pressure. It is part of the process of healing and, somehow I was able to support, counsel and cry with my team members when the situation called for it.”

As a deeply spiritual person, Abey felt he had been called by a higher power to lead those negotiations. And, with his wife being a therapist by profession, there was certainly an air of providence in his appointment for the role. Reflecting on it now, the timing was also somewhat fortunate for Nthabe who had been enrolled in a narrative therapy course, which allowed her to get the support she needed in order to be strong for her husband.

“Narrative therapy is a form of counselling that views people as separate from their problems and it gave me a different perspective on everything that was happening. I was part of a community that allowed me to be myself and let everything out so it was quite helpful.”

Abey was able to stick it out and, by the time he left Lonmin, they had concluded a new wage agreement and carried out a restructuring programme without further strikes and disruptions.

“We were able to find a way to heal the organisation, so when the opportunity to join Mercedes came knocking, I felt comfortable in the feeling that my work at Lonmin was done.” 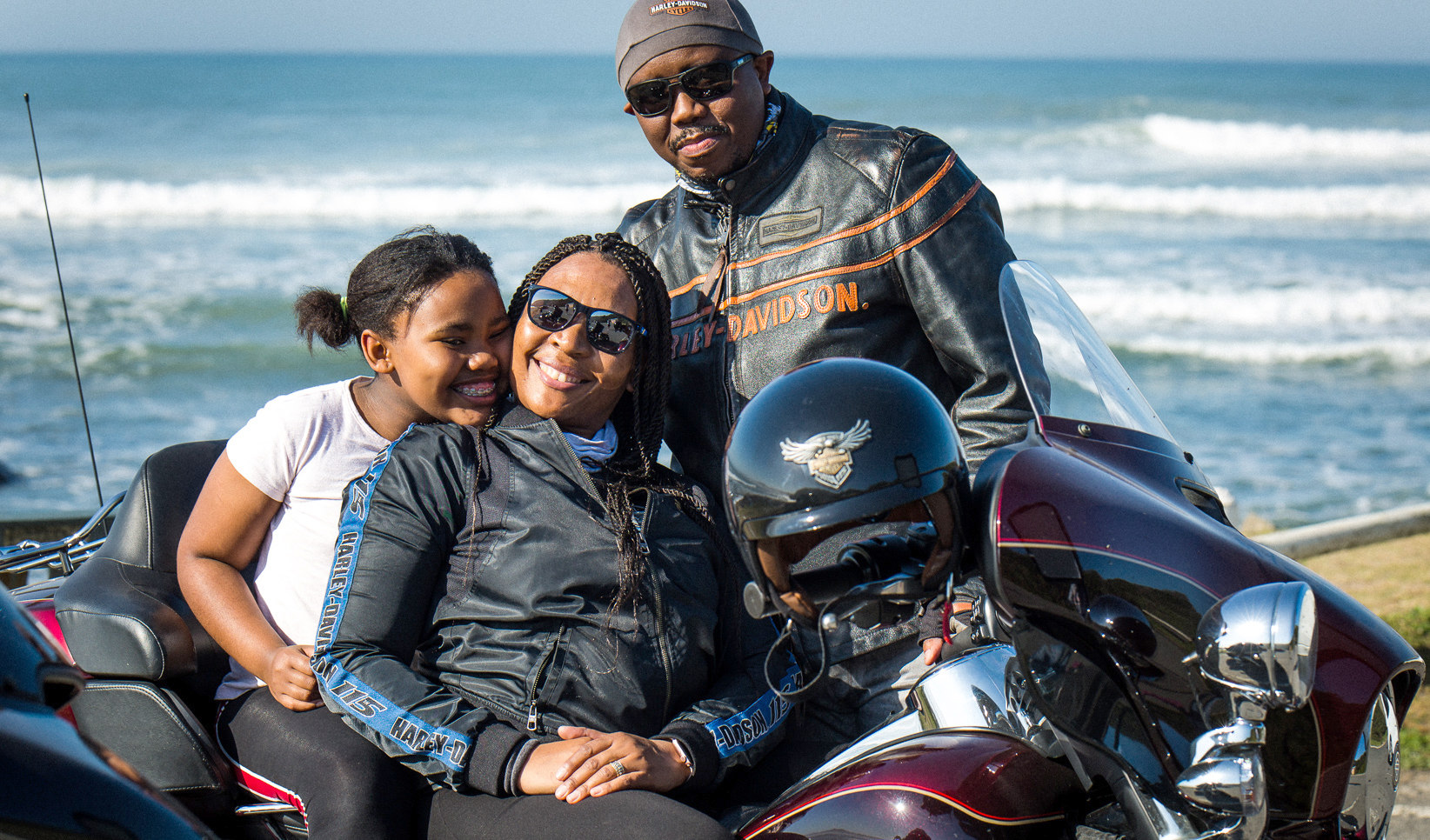 Abey joining Mercedes-Benz South Africa meant the family would relocate to East London where they have certainly had to adjust to a different way of life. Nthabe says it is a lot more laid back than Gauteng and has allowed them more space to focus on the next phase of their lives.

“The weather is beautiful and the people are authentic, so that has made it easy to start building new relationships. In his first year in the role, Abey found the amount of travelling that he had to do to familiarise himself with the business challenges. He had to spend a lot of time away from home, which can be difficult when you are in new surroundings,” Nthabe says.

Their 12-year-old daughter, Phemelo, also had a hard time adjusting, primarily because of the language barrier.  She lost contact with a lot of her old friends and struggled to make new ones because, in East London, the children speak Xhosa.

"And we are a Tswana-speaking family so it was certainly a challenge. It’s not the same as in Johanessburg where most children speak English regardless of their home language," Nthabe says.

“But she has started to pick up the language and is in a good school where she has been able to make a few friends so I think the worst is over as far as that is concerned. The move has given her an appreciation for diversity and I think it will make her a more well-rounded individual in the long run.”

During these challenging times of healing and change, Motorbiking proved to be something Abey and Nthabe could do together as they started healing from the pain of the Lonmin experience.

On one of their trips Nthabe got a tattoo of the Japanese phrase ‘kintsukuroi,’ which means "to repair with gold," and refers to the art of repairing pottery with gold or silver to signify understanding that a piece is more beautiful for having been broken.

“It’s a reminder that everything that has broken me – every single one of my hardships, flaws and mistakes – has made me stronger.  And that can be applied to our experience as a family while Abey was at Lonmin as well. It has given us a different appreciation for each other and for life, which is a blessing in itself,” says Nthabe.

During the same trip, Abey got a tattoo of a Ghanaian “gye nyame” symbol, which represents the supremacy of God and faith in his life.

Being a great employer is about walking the talk, says CHRO Julia Modise

Palesa Ntoagae has been appointed as the new JSE HR director

Prior to joining the JSE, she was the regional HR Partner at Standard Bank.

Women bring a level of empathy to the workplace, she says.

Marlene’s skills are complemented by her scientific knowledge of human behaviour.

Human-centred leadership is vital to survive an uncertain future

In her role as HR manager, Elizabeth’s purpose is to help those who help others.

Metropolitan’s Lyn Muzondo believes that we need to feel connected in kindness.

Zain believes that HR is best done by heart, with heart.

Set respectful boundaries and understand the importance of self-care, she says.

Jonathan was curious to see how he could use his foundational training in drama in the corporate world.