Working wonderwomen share dinner and advice they can ACT on

Women took time out to talk about how to better thrive in both business and personal life.

“Time is not the enemy. The problem is that, as women, we tend to put everybody else’s needs before our own and we struggle to make time for ourselves without feeling guilty about it.”

These were the words of leading lifestyle practitioner Lori Milner from Beyond the Dress at last night’s women’s dinner. Lori is in the business of equipping women to bridge the gap between work and personal life and advised attendees of the event to ACT on the visions they have for their lives. She said that, in order to get out of their own way, it is important to have the right Attitude towards life and towards one's self, to be Consistent in striving to achieve small victories every day and Trust in the process of getting those ‘micro wins’ in order to achieve larger-than-life goals. This ACT approach is what Lori said was the best way to silence that self-critic within women that tells them they are not good enough. 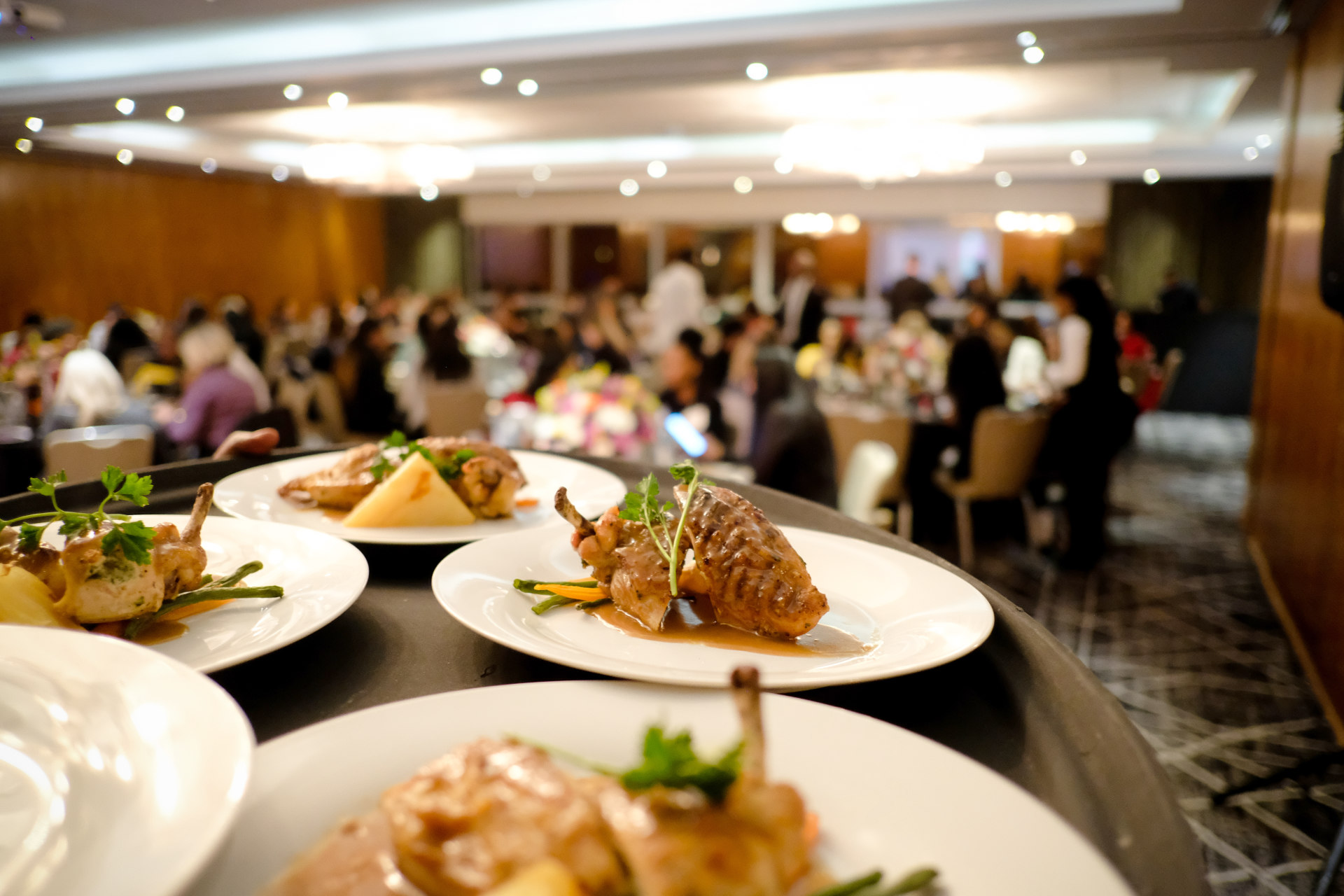 Said Lori: "As women, we tend to place our self worth on things that are external to us. It’s called an external locus of control and we do it to ourselves all the time. We attach our self worth to numbers – the number on the scale, the number in our bank accounts, the number of clients, the number of friends, the of ‘likes’… And if we keep doing that, it becomes a never-ending quest for a pot of gold at the end of the rainbow instead of realising that we are enough as we are right now.”

More than a hundred women business leaders and mentees from the finance and HR professions came together at the Radisson Blu on Thursday to share cuisine and discuss ideas on how to better thrive in both business and in their personal lives. In what was clearly a much-needed evening of ‘me time’ the attendees were fully engaged, nodding in agreement with almost every sentiment expressed by the speakers. 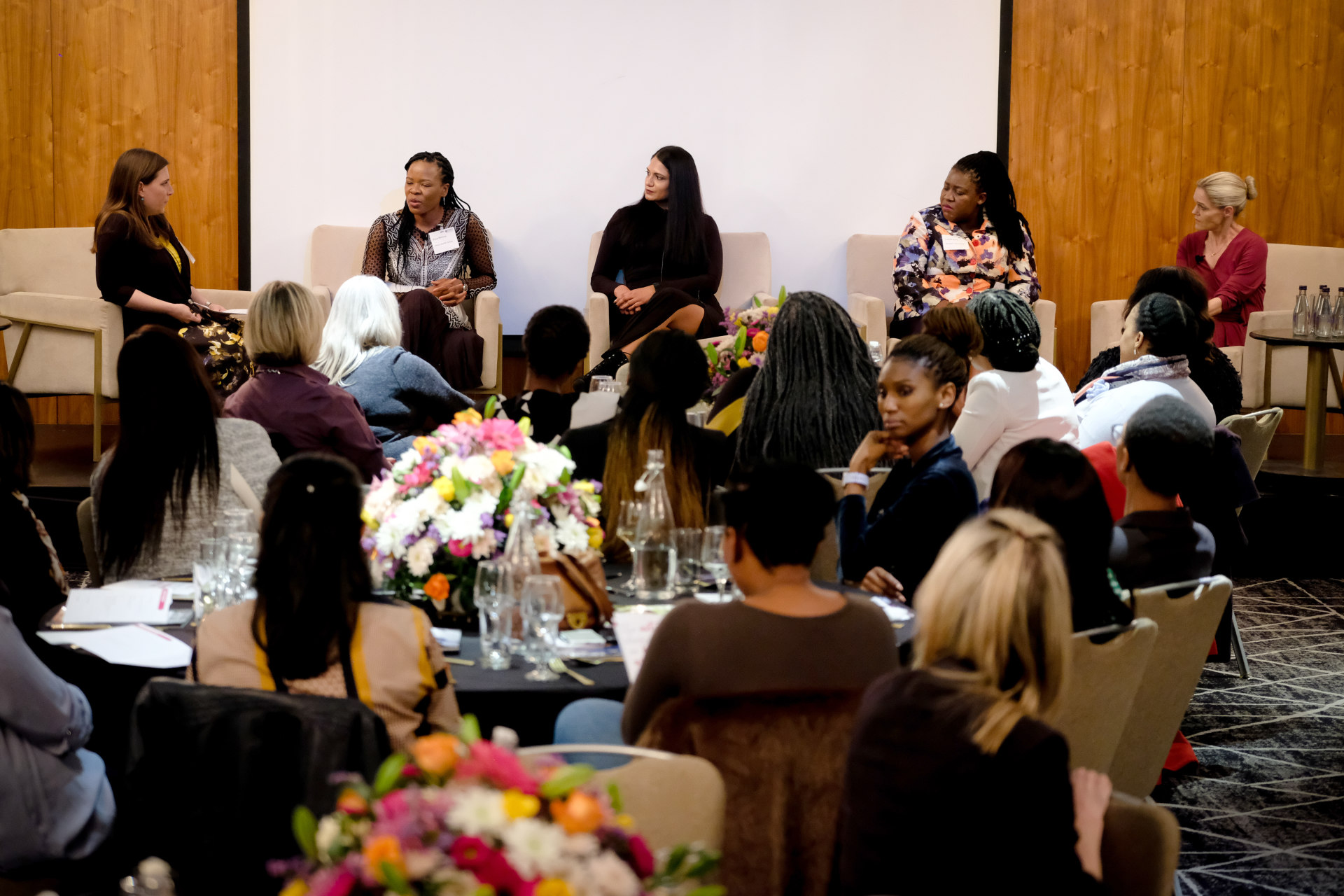 Far from equal
In the opening address, CFO Enterprises editor in chief Georgina Guedes framed the theme of the evening explaining just how much further women have to go before they are truly regarded as equals in society.

Said Georgina: “2019 was the year that the first all-woman spacewalk was cancelled because NASA didn’t have enough suits in the right size. Furthermore, women are still more likely to die in car crashes because crash-test dummies are modelled on the male body so the safety features are built around a 70 kg, 6 ft man rather than someone like me."

“This year, we watched Japanese women petition their government to make it illegal to be required to wear high heels at work. And, in the United Kingdom, Princess Haya who is the sixth wife of the billionaire ruler of Dubai is seeking court protection against the forced marriage of her daughter. It’s clear that, at whatever level of society or work you have achieved, the expectations of women are different from those of men.”

Sponsored by Workday, the 'Working Wonderwomen' dinner involved discussions around the worries and fears women have about the impact their careers have had on their personal lives and vice versa. Mondelez International HR Director South & Central East Africa Cebile Xulu, Executive Coach of Connected Coaching Debbie Ransby, Clinix CFO Elisa Mkhize, Afgri Group CFO Rivasha Maharaj sat on a panel discussion during which ‘mm-hmm’s, ‘wow’s and ‘that-so-true’s rang from different corners of the room as they each told their tales of triumph over self-doubt, burnout and discrimination in the workplace. 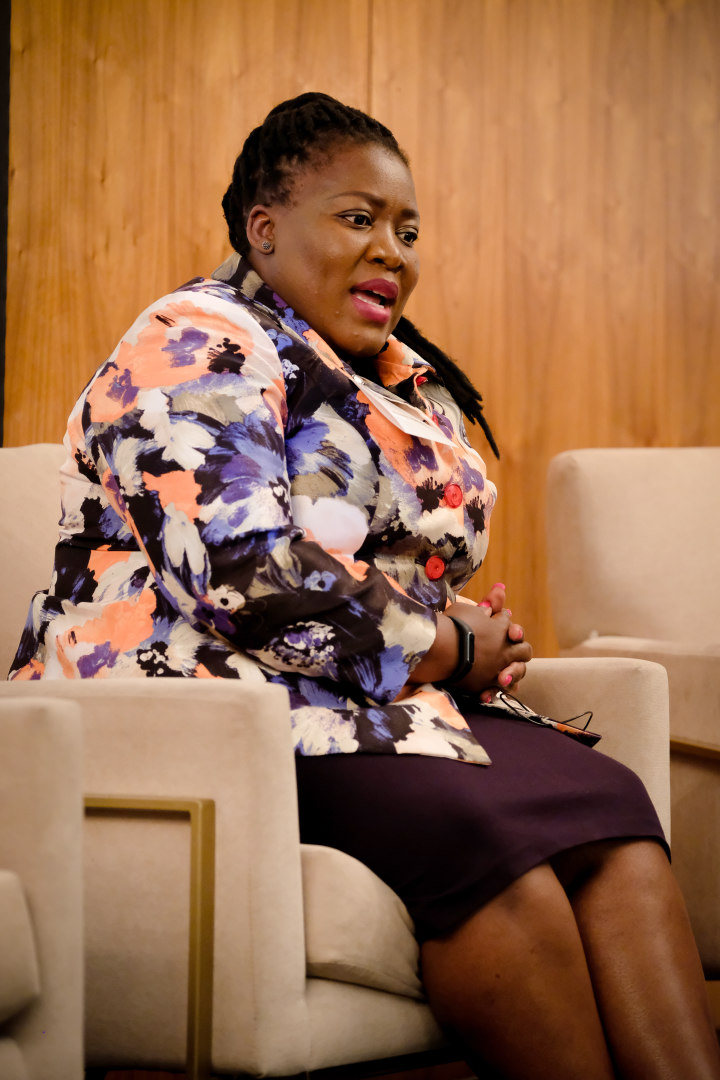 Cebile spoke about being passed over for a promotion because she did not look feminine enough after having changed to a more natural hairstyle before the interview.

“The MD sat with me to give me feedback and told me that they wanted someone that was motherly and more feminine. He said ‘I liked you when you had long hair’. His feedback did not speak to my competency for the role but instead focused on my appearance and personality,” said Cebile, admitting that the MD eventually apologised and has since become one of the biggest cheerleaders.

“If it happened now, I probably would have sued the company. I am ‘girly girl’ but I don't want to be dictated to. I want to be able to wear lipstick and get my nails done because it is what I want to do and not because I have been told what to look like.”

Debbie talked about her time as finance director of Takeda Pharmaceuticals where she experienced burnout. The company was going through a tough business cycle and it had taken a serious toll on her without her even realising it.

“We had a traumatic incident in the family that impacted my daughters’ health and I took them to a child psychologist as a good mother would do. And, after a couple of sessions, the psychologist said to me ‘your children are fine, but you need help’.”

Register today for two incredible days of learning and networking on 14 & 15 October. Brigitte da Gama, Chief People Officer at McDonald's, will be sharing her professional experience with thousands of HR professionals.

A-ha moments
For Elisa, the a-ha moment came when she was faced with cancelling her Christmas tradition of cooking up a storm for her children because there was too much work to get done before year-end. She eventually decided to drop everything at work and put her family first to continue a tradition that would surely become a special memory for her children when they grow up. It was one of the best decisions she had made in a long time, not only because she had chosen to prioritise her family but because it re-energised her to be able to better execute her role at work. 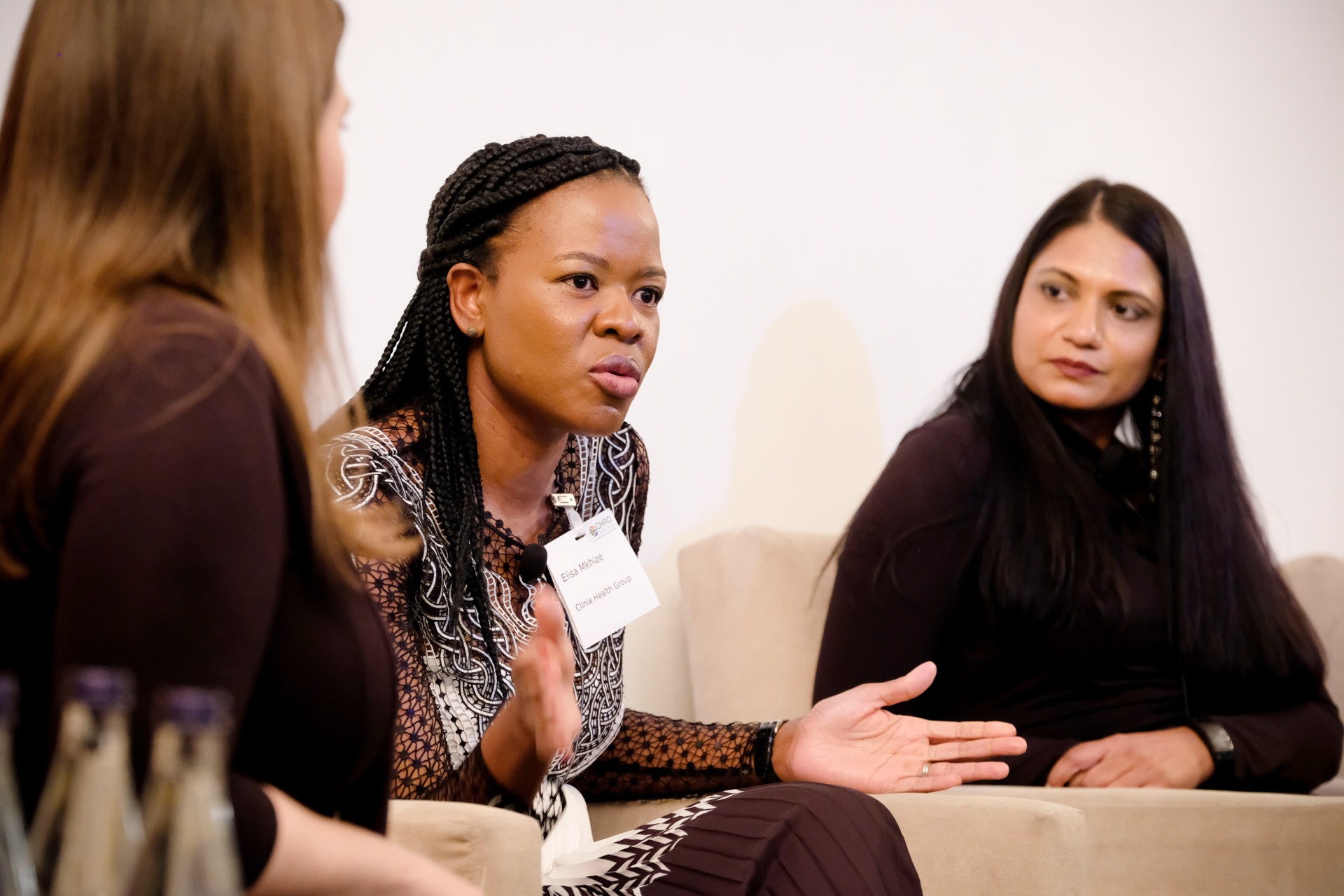 “You need to take time out for yourself as soon as you need it. If you don't you will end up walking around like an empty vessel. You will be crushed in a board meeting and that will lead to you going home feeling frustrated and unloading on your children,” said Elisa.

Rivasha’s a-ha moment was the realisation that she is not in control of everything.

“Because we, as women tend to let things that are not in our control affect our emptional state to such an extent that it impacts our mental well being and our ability to show up for the people we care about and the things are in our control,” she said. 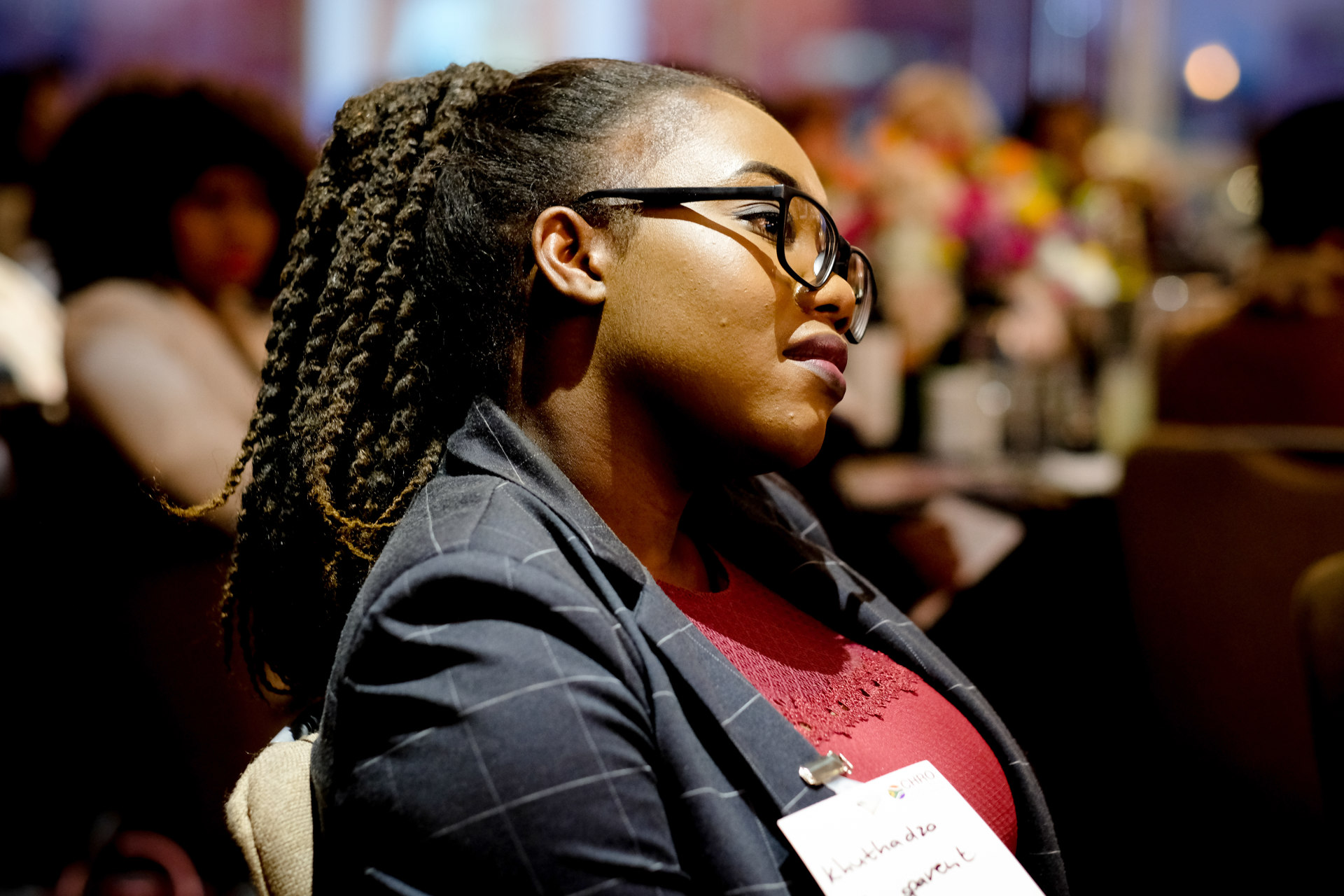 A comprehensive succession planning strategy is the core to eliminating the Peter Principle.

Their four-pillar approach puts the employee at the centre of every key decision.

Kgomotso Ramoenyane provides leadership tips to navigate the challenges of the post-pandemic workplace.

Remember the human condition when planning the hybrid workplace

How to attract and retain the best employees

Employers now have access to talent that they didn’t have previously, says Francois de Wet.