HR leaders shared career development lessons from their own experiences at the last CHRO summit for 2018.

As a collective of people who spend a lot of their time building the careers of others, the recent CHRO SA summit forced HR directors to focus on themselves. The event, which was sponsored by Workday, was held at the Equinox Leadership and Innovation Centre on Tuesday, and highlighted the importance of reflection when managing one’s own career.

In a room full of professionals who specialise in steering others’ careers while also being close to reaching the pinnacles of own careers, the conversation that ensued was insightful.

Ndivhu said that when it came to deciding when to leave an organisation for a new one, she always did so strictly on her own terms. Unlike many executives who are often headhunted, she said she seldom left a role simply because a more appealing one had suddenly become available.  Instead, she has always remained in a position until she felt that she had achieved what she set out to achieve and only then considered the next step.

“I think about what skills I would like to learn and what environment I would like to be exposed to. I don’t change simply because an opportunity arises. That is why I am very apprehensive about engaging with headhunters.”

She added that she also takes time to reflect on the mistakes she may have made in a role so as to not repeat them in whichever organisation she joins thereafter.

“There was one role, for example, th 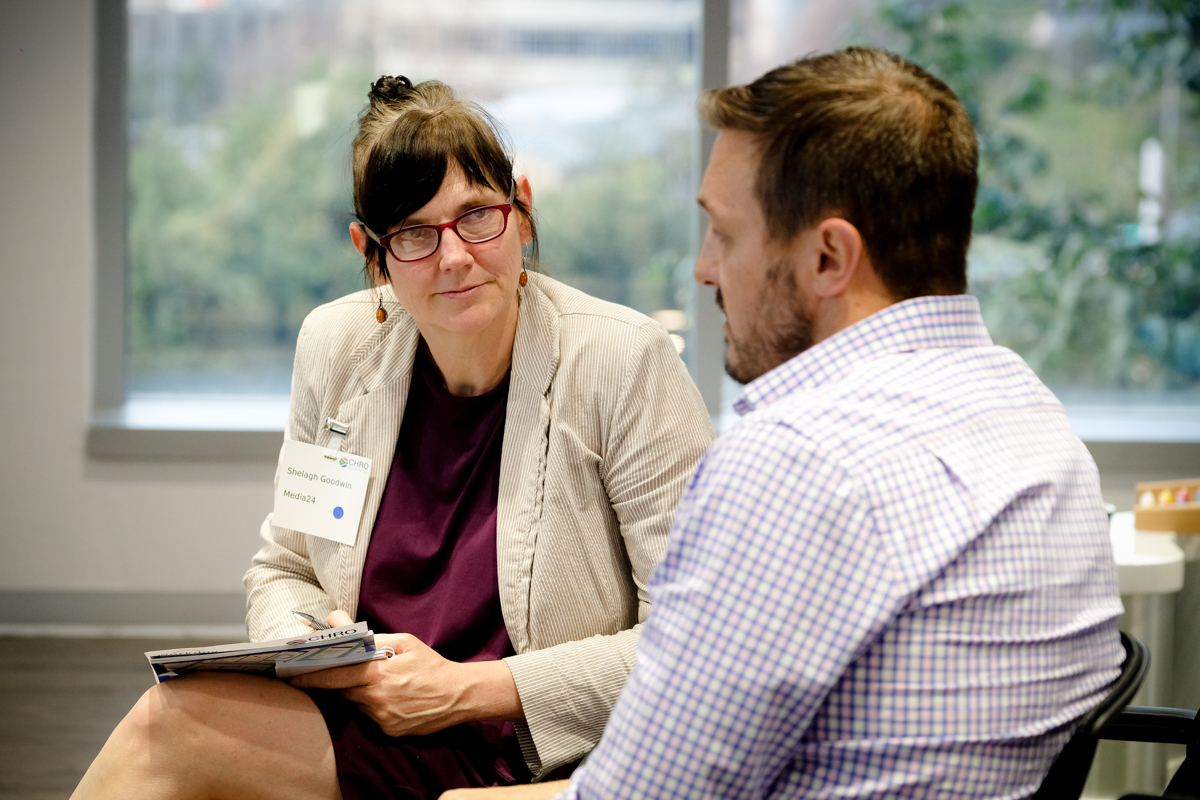 at I only stayed in for two years because I hated it. And when I reflected on what had happened there, I realised that I could have handled the office politics better. I made a commitment to myself early in my career that I would never get involved in political games. While I don't regret that decision, I do think I could have managed the situation better instead of opting out completely because, by not doing anything at all about the office politics that were playing out on a daily basis, my life in that organisation became very difficult.”

Lindiwe said she takes a very structured approach to reflection. She plans everything to the tee. She takes notes in every meeting and engagement and makes vision boards of the personal and professional life that she wants. She reflects on both her successes and particularly her failures in order to improve so that she can really practice the things she has the opportunity to preach.

She has carefully planned her career so that she could be primed for strategic roles that, for her, offer the most learning opportunities. That is why her career has predominantly been in the strategy and performance optimisation space.

Said Lindiwe: “For me to believe in the things that I say to other people, I have to practice them myself. That's why, even at home, I have a tendency to performance manage my kids and reward them as they achieve great milestones. My home is an organisation that has strategy and performance scorecards. My children often joke with me saying they wished they had a mother that didn't ask them every day what they achieved and they were going to do better tomorrow. But that's how I do things.” 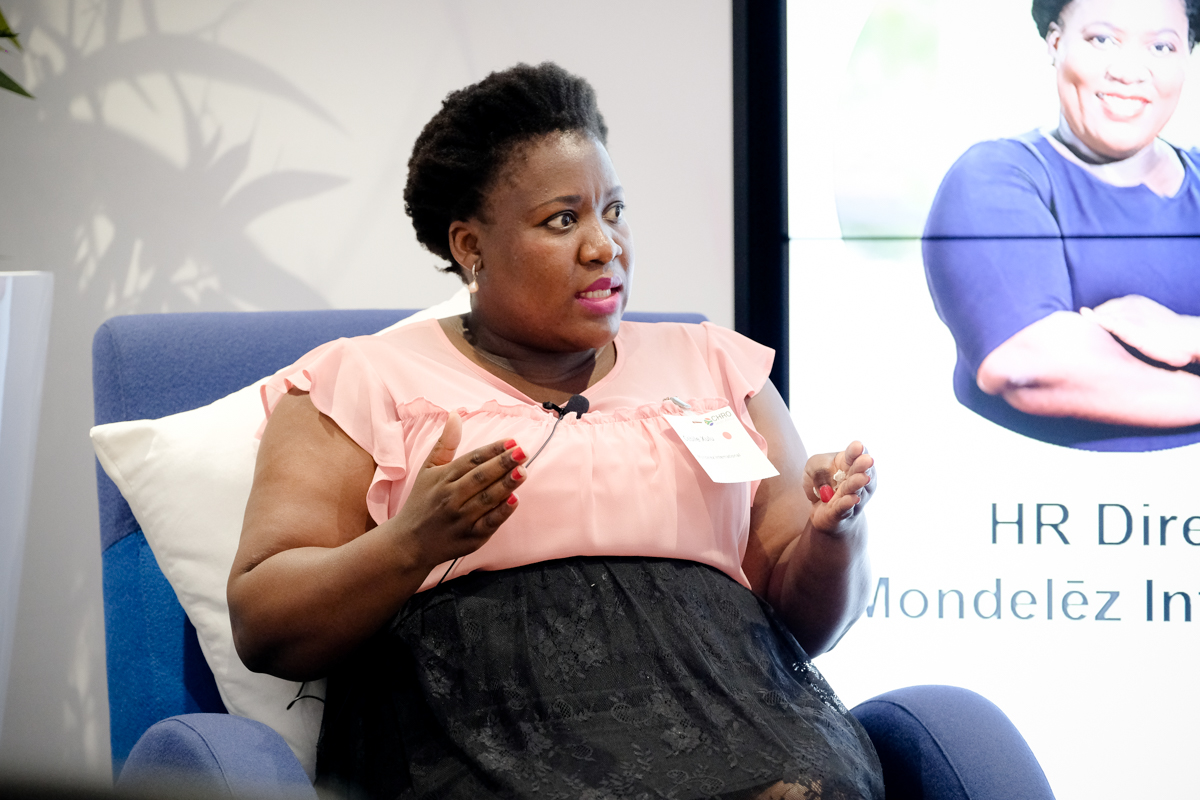 Cebile said that having people she could speak frankly to about her own performance was invaluable. It was important for her to find people that she trusted because, when she was younger, she found it difficult to process any kind of negative feedback. It got to the point where any criticism would have a disproportionate impact on her emotionally, but she learnt to find people she could take into her confidence.

“I found people who I could go to, even after meeting, to ask ‘how do you think I handled that situation?’" she said.

One of the things that have been a challenge for her is celebrating success because she has a tendency to play down her achievements. Last year, for instance, she joined Mondelez and, within six months, she was given a Values In Action Award. She asked her MD not to announce it to the rest of the organisation because she felt that she could not possibly be deserving of an award - which, by the way, came all the way from Singapore - for simply doing her job. But he declined because, not only did she deserve the award, he said that by denying it she would be insulting the judgement of the leaders who had been so impressed by her.

Fergus highlighted the importance of leaving an organisation if it is not the right fit, especially if one realises that there is a values clash. He said it was important, when being interviewed for a role, to also interview the people that you are going to work with because those are the people with whom you are going to spend most of your time. 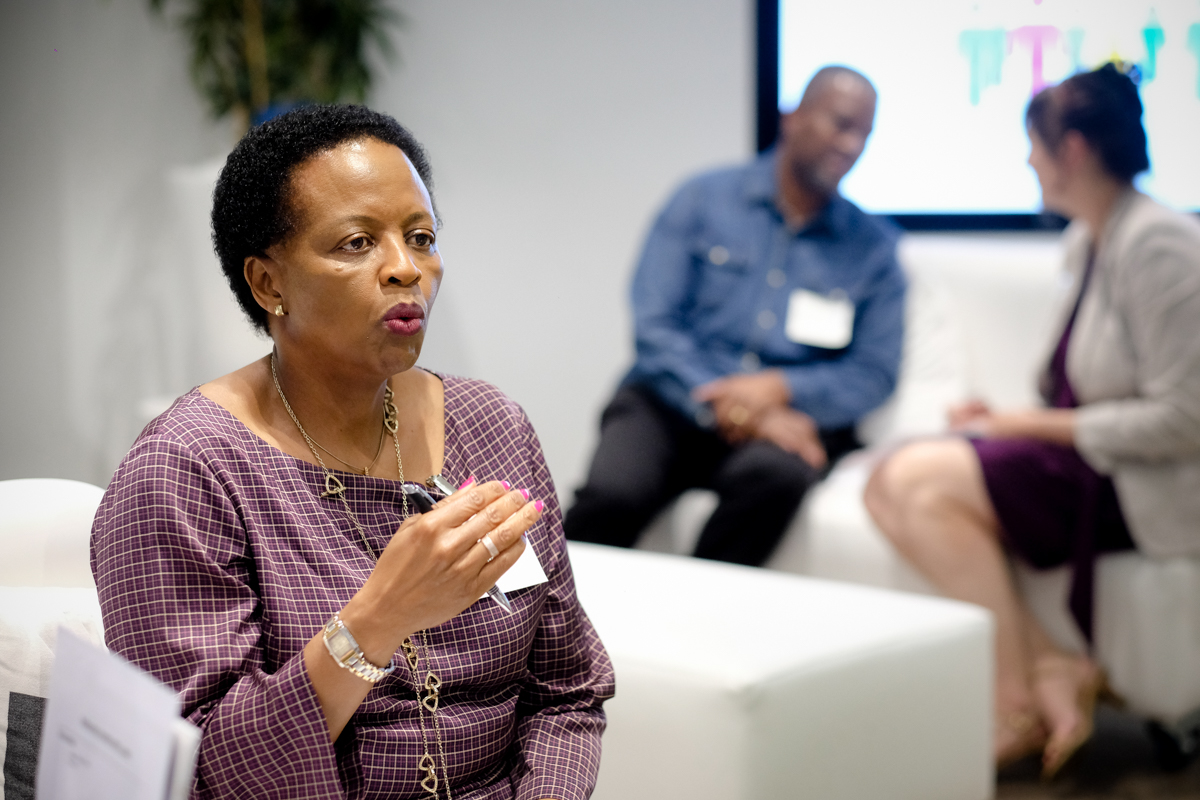 An HR leader has to be the one that has to manage relationships between the CEO, the board and the chairman. They also have to be the main representative of the executive management when dealing with employee issues while also being the voice of employees when in the boardroom. But all this can create a lot of conflicts, which Fergus is not one to shy away from unless his values are at odds with those of the leadership team.

"I am not one to back down from conflict but when conflict comes down to your values position, then you have a difficult choice to make as a leader. It's a difficult decision because leaving an organisation means you are essentially deserting the employees. It's often not a decision that one can take lightly and that is the reason why many of us will stay in a role longer than we should, until we look ourselves in the mirror one day and say, 'Wow, what happened to me?'"

Knowing when to leave

Cebile echoed this point, saying there were some large corporations that she would never join simply because she knew how they treated people. This is why it is so important that one does their due diligence to check that the values an organisation has on their website match what is actually happening inside.

“I have turned very lucrative offers down because I have heard how those leaders treat their people,” she said. “I have been in a situation where, in the beginning, everything was fine until there was a leadership change. I stayed there a year longer than I should have because I assumed I had a good standing within the organisation and that I would continue to be valued because of my past performance. But I wasn’t. And that’s a lesson about knowing when to leave.” 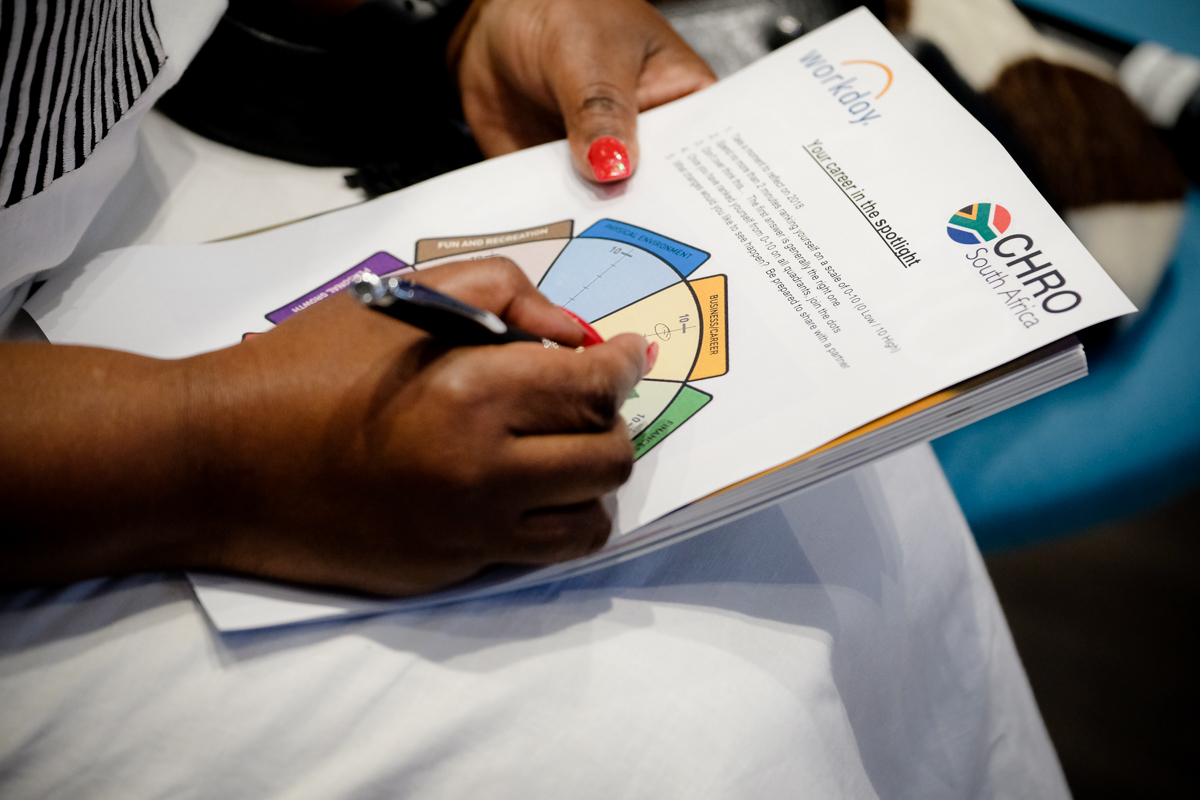 After what was an engaging panel discussion, the attendees filled out a personal performance appraisal sheet and broke off into reflection rounds, where they had one-on-one conversations with each other about how they felt about their own performance over the course of the year and what actions they planned to take to improve themselves in 2019.

Old Mutual Human Capital Director Celiwe Ross, who was a first-time attendee of a CHRO SA event, said she enjoyed the evening thoroughly because she does not have time to just sit back and reflect. “This two hours we’ve have just spent reflecting is all that I will have time for and it is all that I needed really,” she said, adding that she will certainly be attending future events. 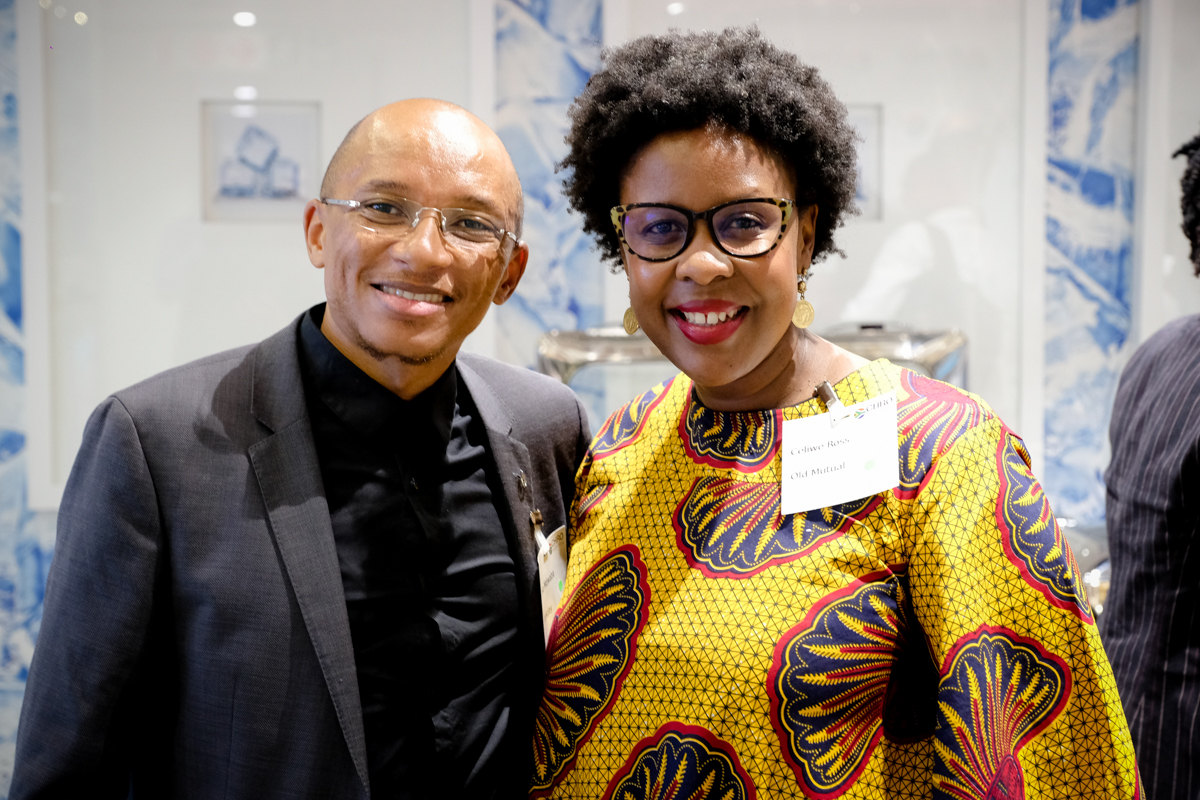 Join the gamified virtual HR Indaba and boost your knowledge, network and career.

A panel of experts in #MeToo webinar discusses how predatory behaviour can be stamped out.

In an upcoming webinar, a panel of experts will discuss the raw reality of #MeToo and what HR can do.

Fin24 has reported on an internal memo that mentions the planned retrenchments.

Significant staff reductions will be in the Automotive and Logistics business, Equipment Southern Africa and the Corporate Centre.

This week's Community Conversation was about how to balance empathy with the need to drive output.

HR leaders discussed what they were doing to take care of employees as well as themselves.

She started a work-readiness programme with three strangers that she met on Twitter.