Less than a month to go before SA's HR heavy-weights come together for the inaugural CHRO Awards.

Hot on the heels of hosting the second instalment of Africa’s biggest HR gathering, CHRO SA is on the cusp of achieving another major milestone. The inaugural CHRO Awards, which will be held at Summer Place in Hyde Park, Johannesburg on 27 November, will see the country's preeminent HR leaders battle it out for the title of CHRO Of The Year.

“The black-tie dinner on 27 November will be an unforgettable night of glitz, glamour, fantastic food and essential networking. At the same time, the eight awards will go a long way to shine a light on the world-class excellence that has come to typify South Africa’s best human resources leaders,” says Joël Roerig, MD of CHRO South Africa, the organisation that puts the event together.

The comprehensive and rigorous awards process is inspired by the success of the CFO Awards, which have become known as the Oscars of Finance since being launched in 2014. Given the calibre of contenders and the prestigious panel of judges, the CHRO Awards are bound to be equally successful.

The CHRO Awards panel of judges are:

These are the 20 industry-leading nominees for the inaugural CHRO Awards: 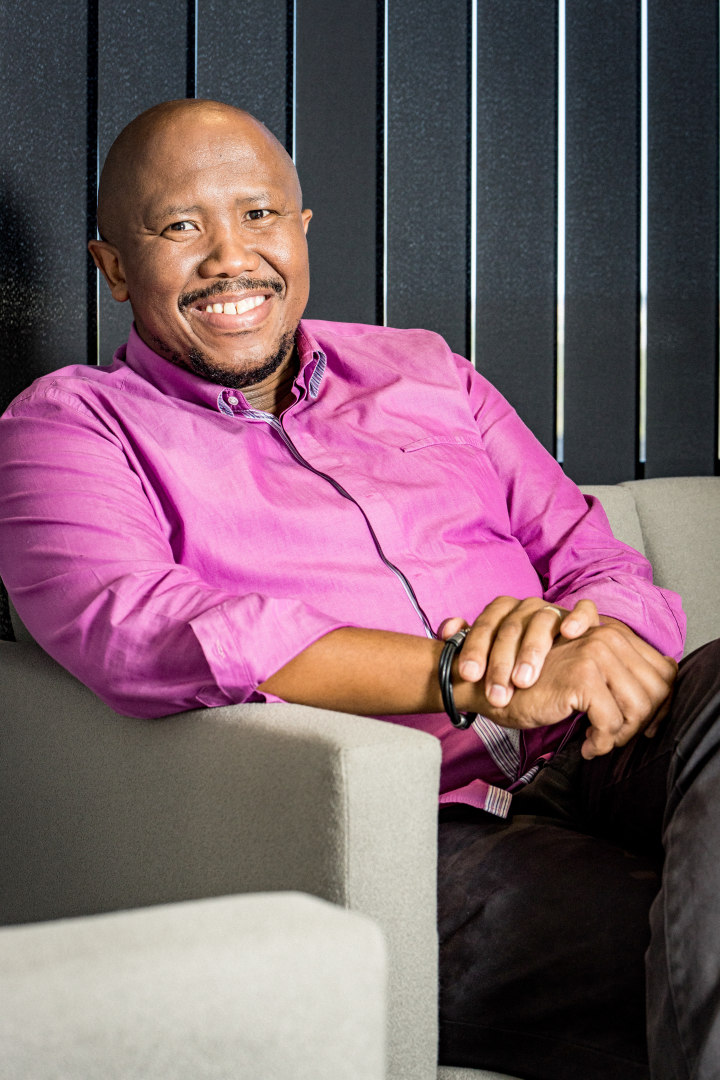 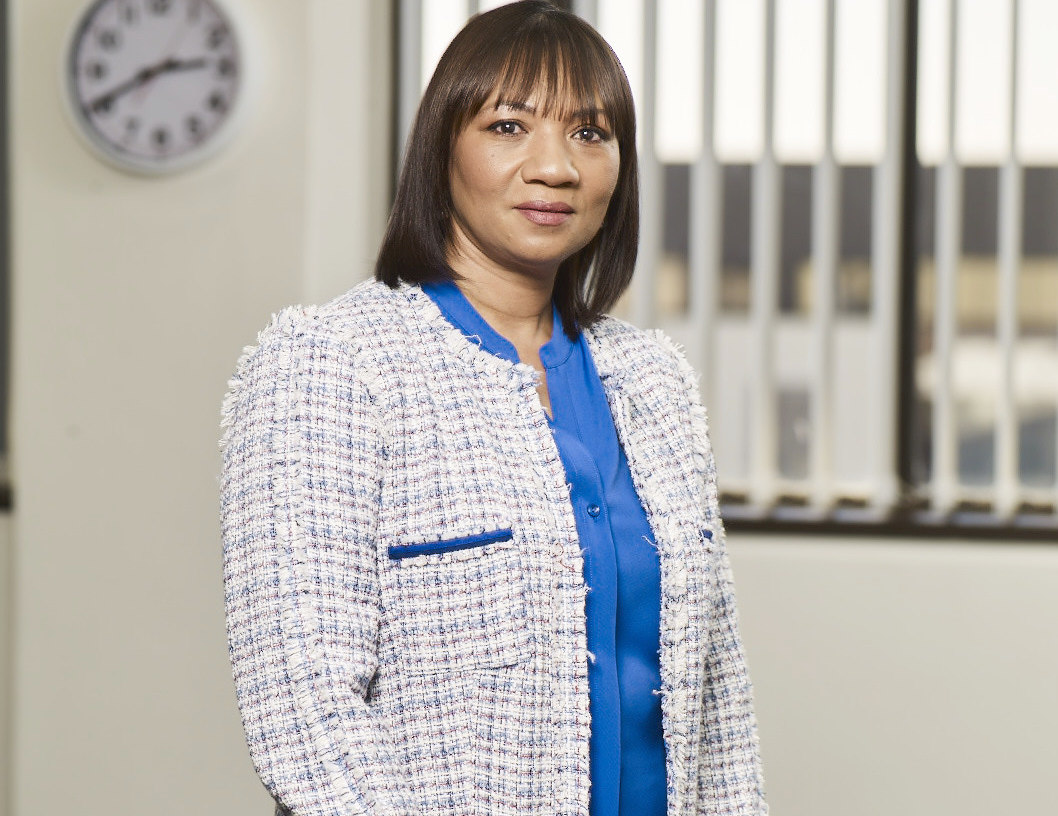 Bertina has more than 20 years’ management experience. She has occupied senior management and leadership positions in a variety of private the public-sector companies. Prior to her current role, she has been a general manager for Shell SA Energy and the regional human resources manager for Shell Oil Products Africa. She was also the director of organisational effectiveness at Sea Harvest, and has managed her own consultancy practice. Bertina says her involvement in the introduction of an Employee Share Ownership Programme (ESOP) at Clicks is one of the things she has been most proud of in her time at the company. 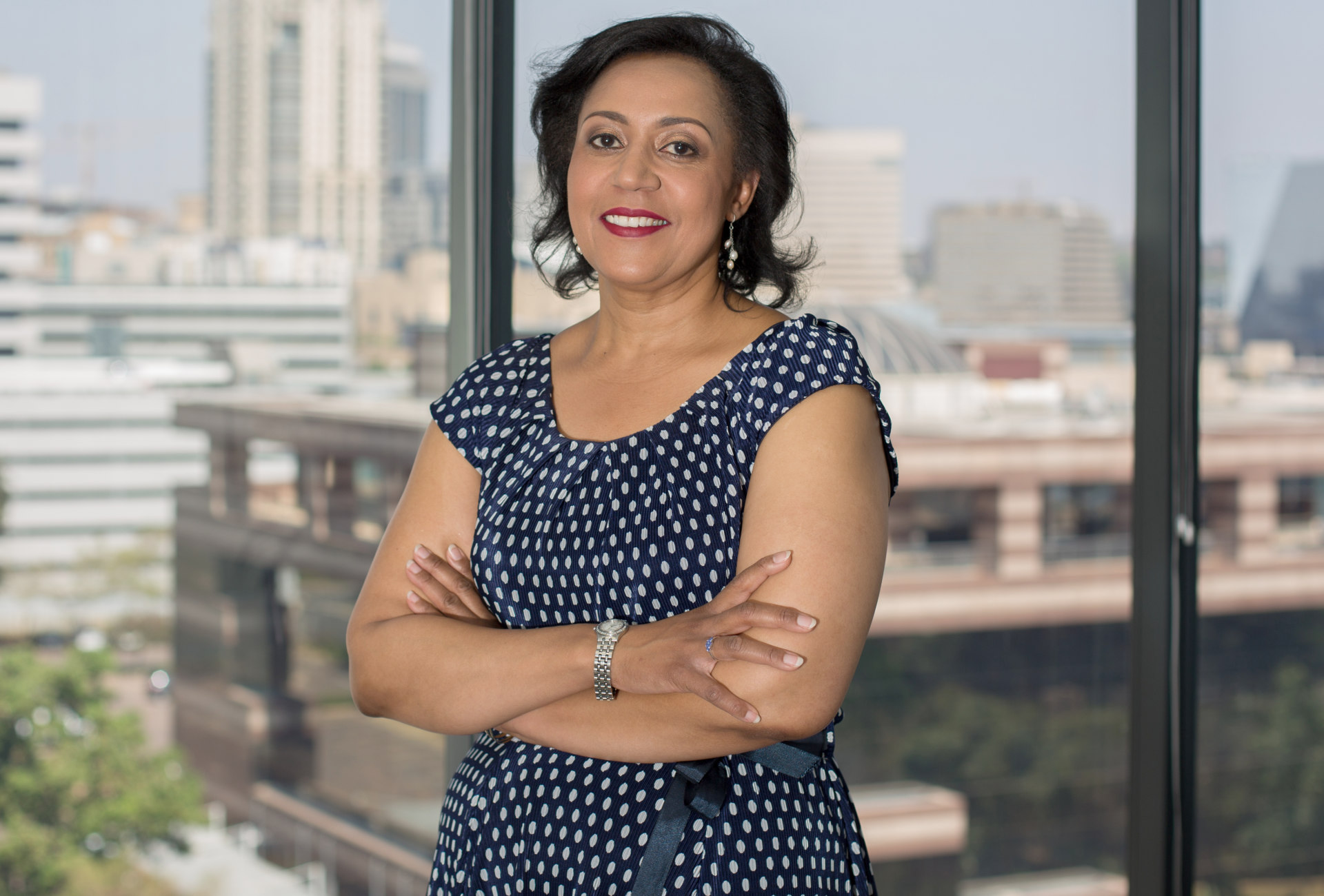 Having spent many years working in the banking, IT and asset management industries, Brigitte joined McDonald’s SA in 2015. She has since been involved in with the global brand’s initiation of a revitalisation strategy, which incorporated a revamp of the organisational culture. Brigitte is passionate about learning and development. She loves to give people the tools that empower them and allow them to change their lives for the better. 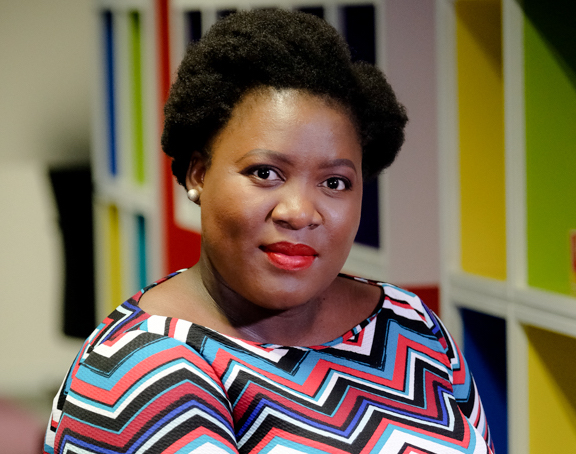 A seasoned HR professional, strategist and leader with extensive generalist human capital and general management experience, Cebile has worked with multinational and local private entities, within South Africa’s borders, as well as parastatal and government institutions in South Africa and sub-Saharan Africa. She has previously worked in Amsterdam at the headquarters of Heineken International, where she was the leadership and capability development manager for Africa, the Middle East and Eastern Europe. Before that, she worked at Masonite Africa, Sara Lee HBC, the A-Cubed Institute and Tongaat Hulett. 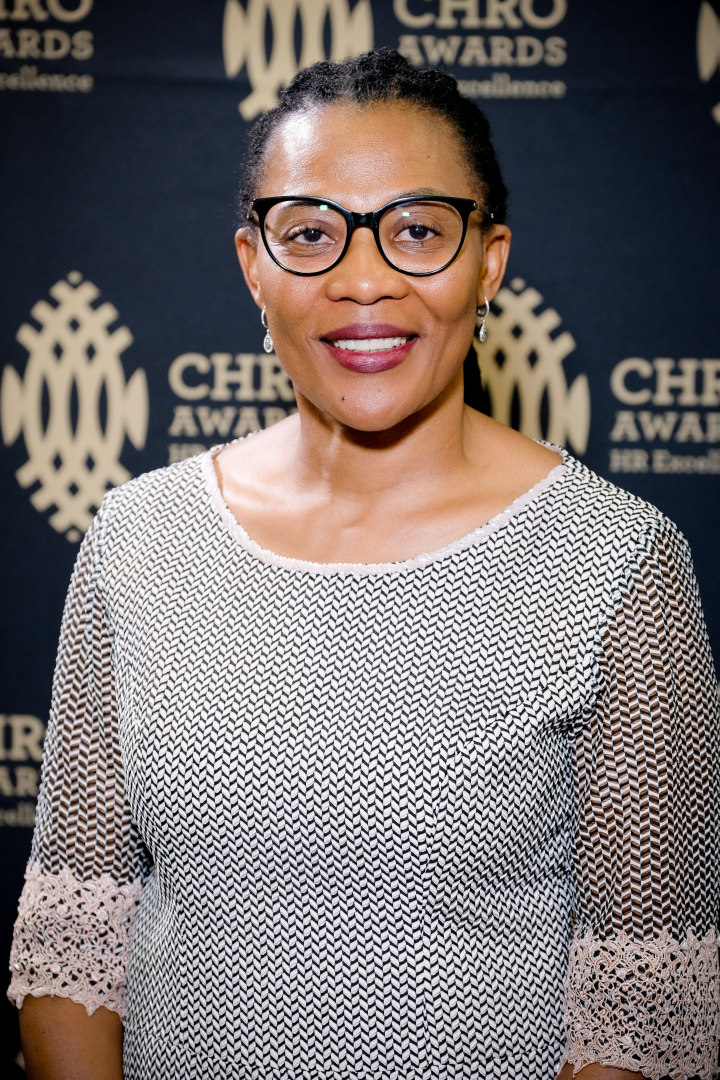 Dolores is an experienced group executive with a demonstrated history of working in the financial services industry. She is skilled in HR consulting, executive search, culture change, organisational design, and performance management. Prior to her current role, she spent five years as the group executive for corporate services at Development Bank of Southern Africa. She also held roles as the HR executive at Brait South Africa and the head of learning and development at Investec Bank. 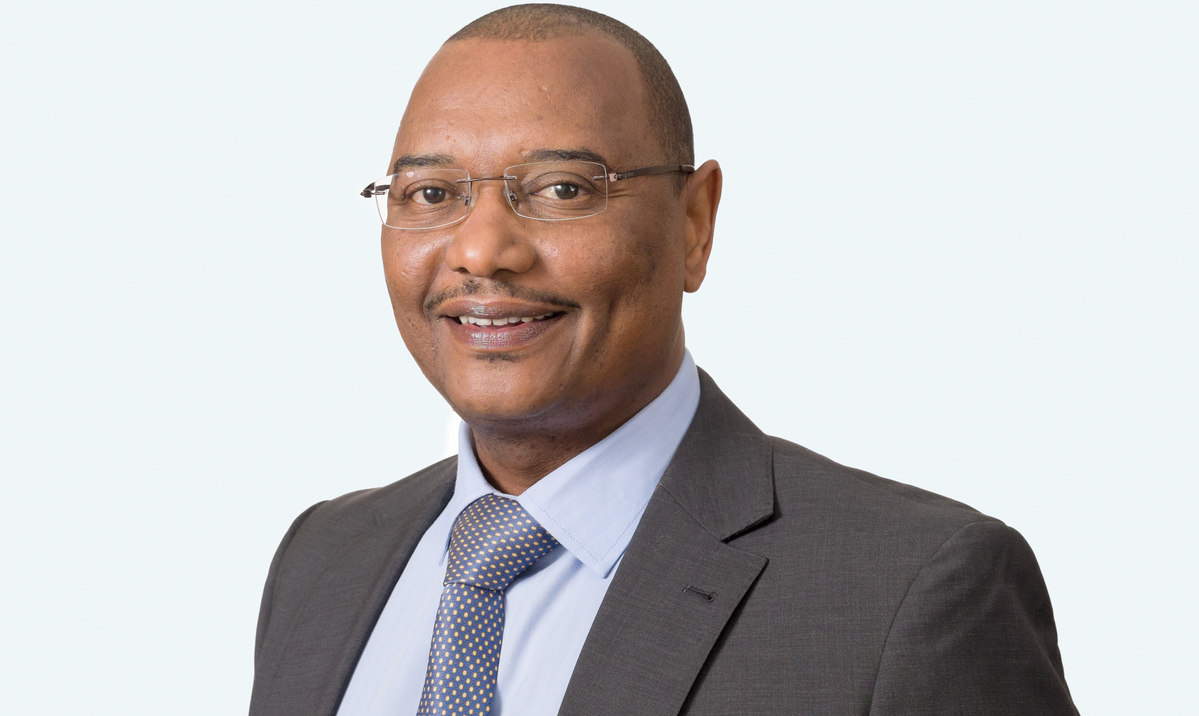 Prior to his current role, Greg was the chief HR and corporate strategy officer at the Land Bank where, among other things, he oversaw the ‘Fit For Future’ project in which he was responsible for the communication, workforce transition and culture transformation of the Land Bank’s turnaround strategy. Before that, he was the HR director of BMW in South Africa. Greg is also a non-executive HR director of Solaray, one of the first solar water heater companies in South Africa. 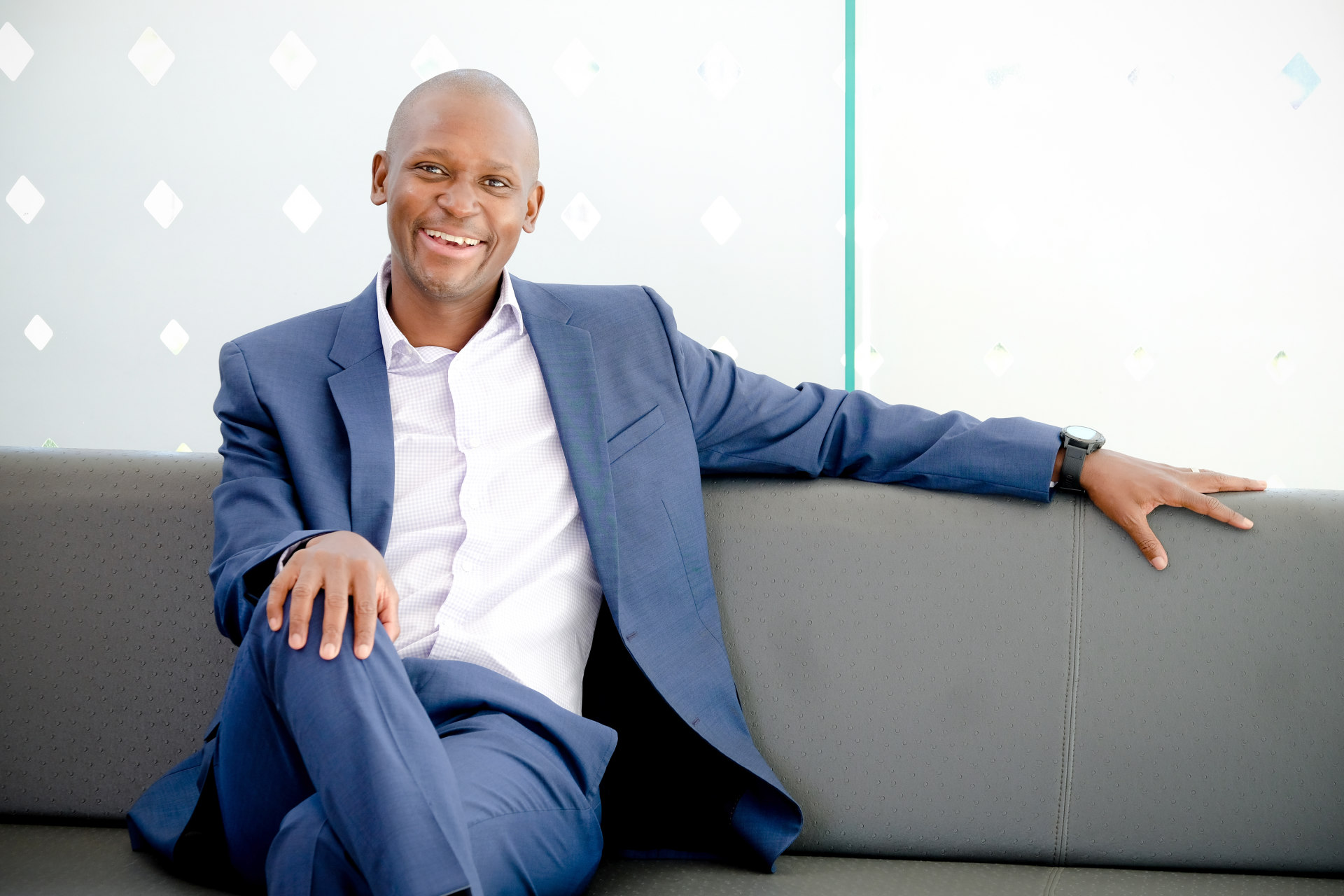 Having held senior HR positions at Unilever and BMW South Africa, Matimba joined Vodacom as the executive head of HR in 2003. He later spent three years on secondment to Vodafone as the regional head of organisational effectiveness & change, and regional head of talent within the Africa, Middle East & Asia Pacific “AMAP” region. He returned to Vodacom South Africa in 2013 and was promoted to his current role in 2014. 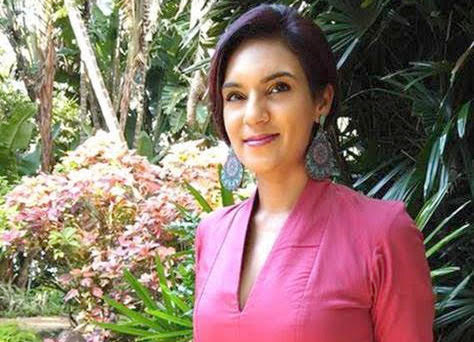 Since joining Unilever in 1999, Mechell has gained experience in a broad spectrum of HR practices. She has gone from being a National Learning Manager to the HR director for the company’s AMET (Africa, Middle East and Turkey) region, where she managed a large-scale restructuring. She was also the HR director for the supply chain, which included factories in South Africa; and HR director for the sales team. Now the vice president of HR for all Africa operations, she has a seasoned understanding of the FMCG industry. 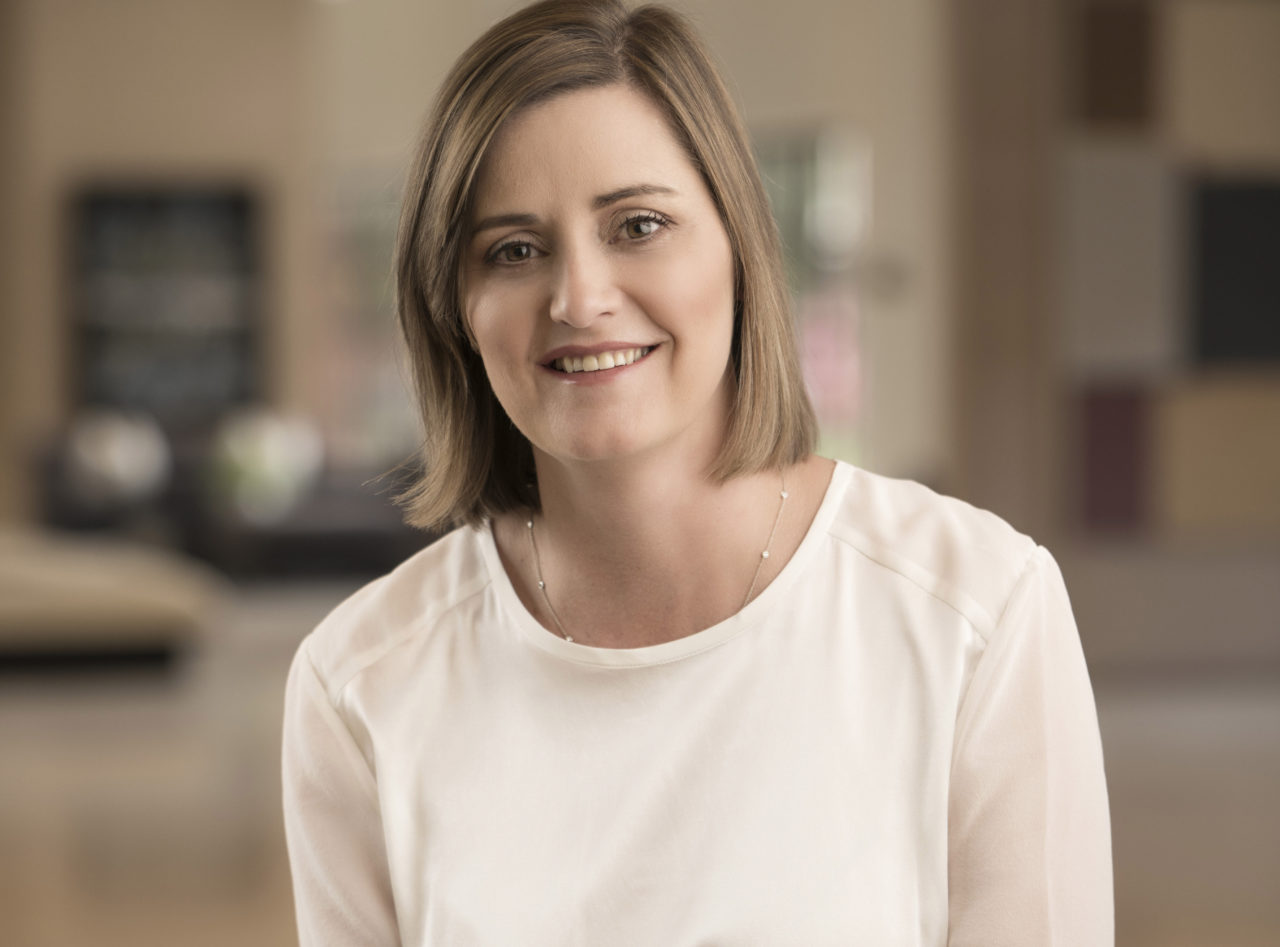 Michaela has held various roles since joining Dimension Data as a global sales operations manager in 2006. She has made the transition to HR by using her extensive experience with ERP system changes and transitions to eventually oversee the company’s pace-setting adoption of artificial intelligence and other forms of advanced technology in the workplace. 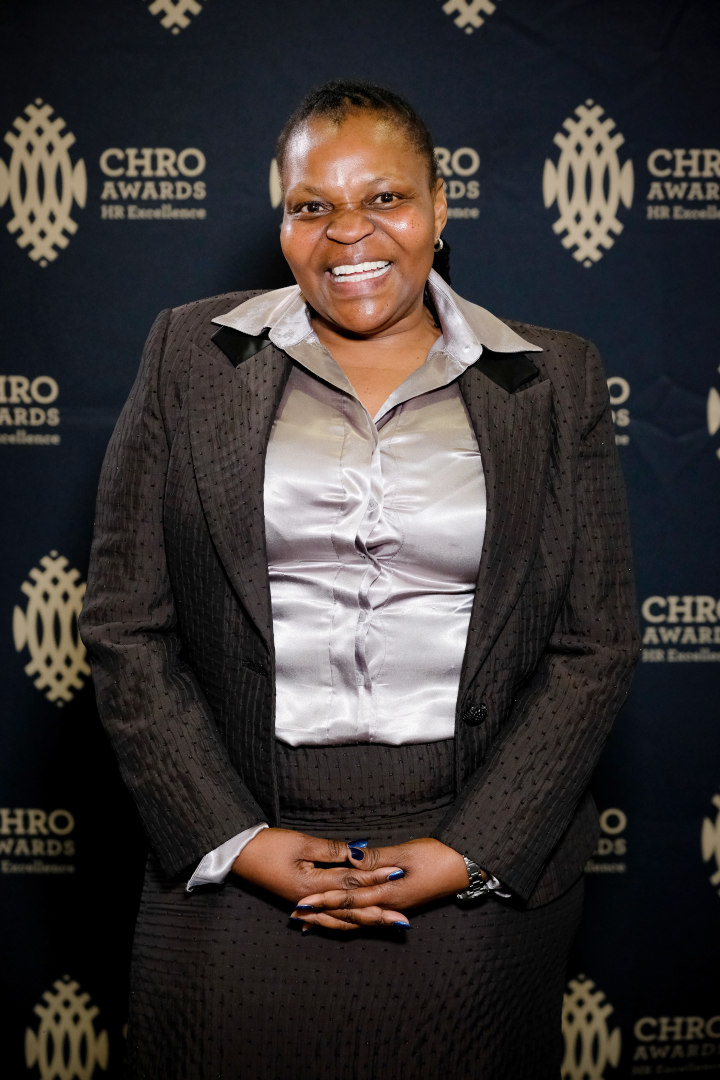 Nonhlanlha has been operating at an executive management level for the past 15 years. Her vast HR leadership experience was gained predominantly in multinational companies across various sectors ranging from petrochemical and manufacturing to logistics. In her previous role as HR director at Schindler Lifts, she was responsible for South Africa, Namibia, Nairobi and Botswana while she was also part of the executive team at DHL Express for South Africa. 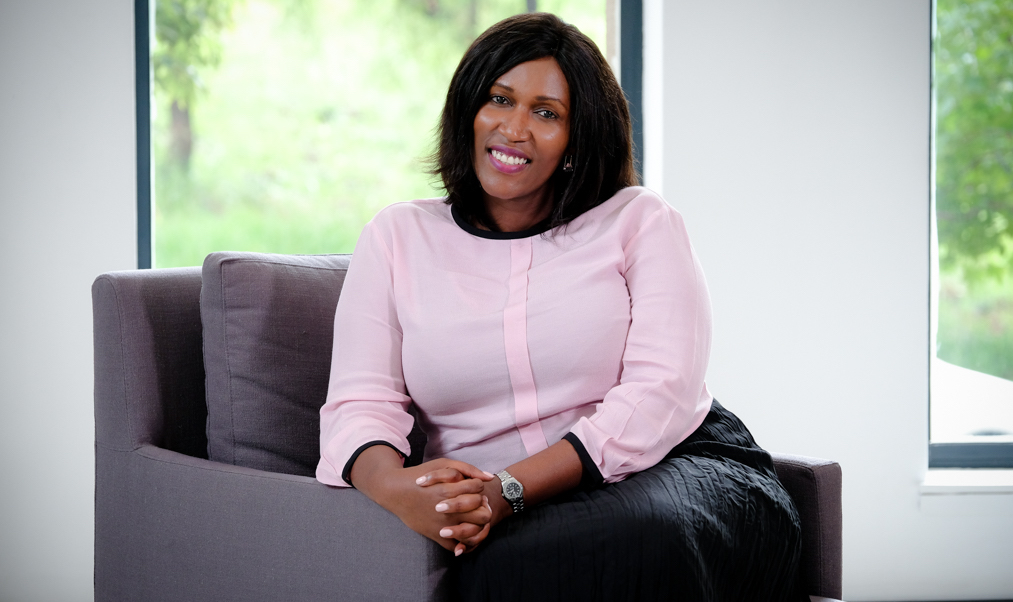 Njabulo’s career began at the early age of 19, after completing her studies at Rhodes University, when she became one of the youngest graduates that Unilever had ever employed at the time. Until she joined the Dutch beer company as the HR director for HEINEKEN South Africa, Njabulo’s career was neatly split: seven years in FMCG human resources and seven in financial services. She has new been seconded to Amsterdam where she will head up HR for the AMEE region. 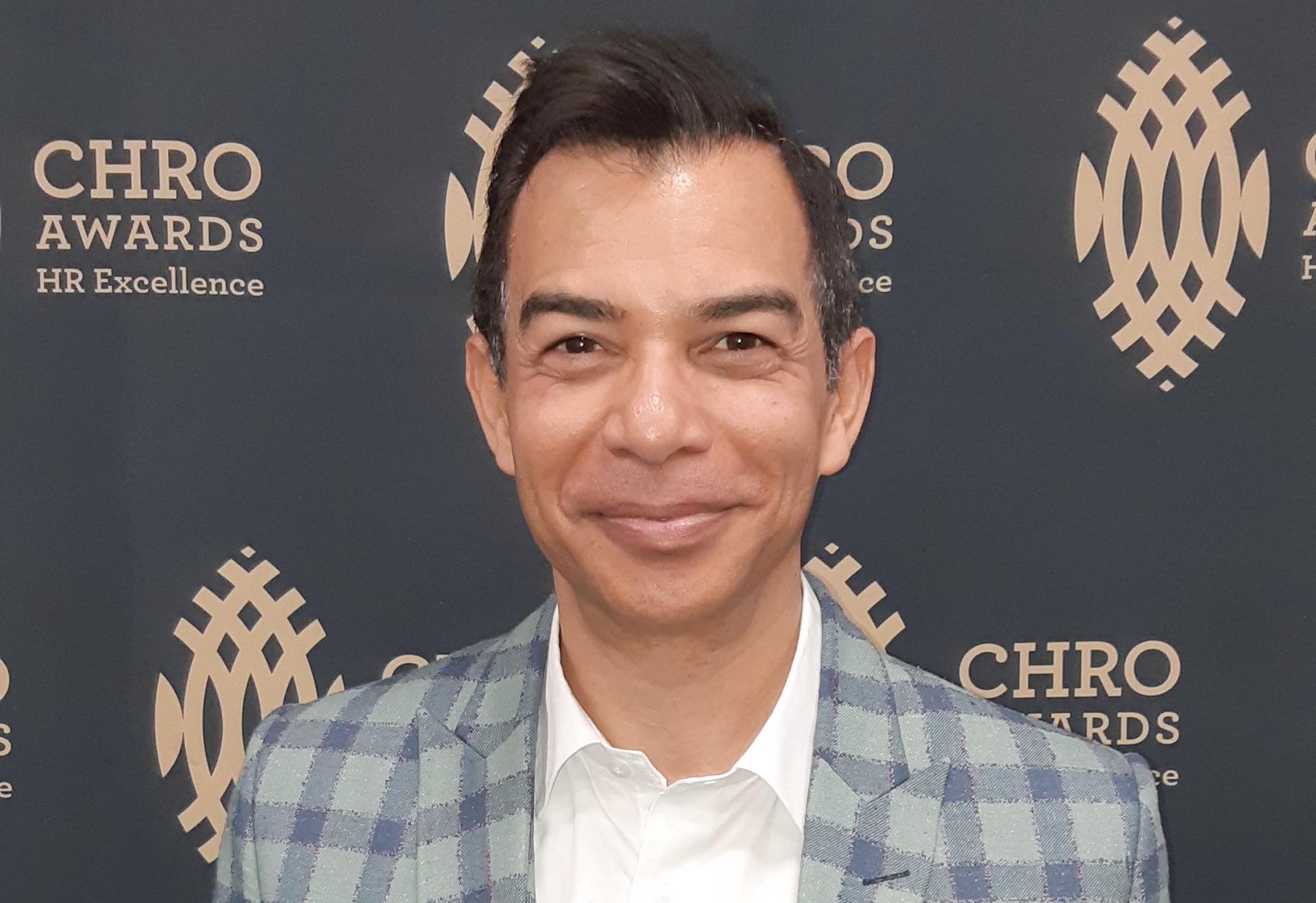 Paul has been with the company for 20 years of its 23-year history.  He is a qualified psychologist and an MBA graduate with vast corporate experience spanning more than two decades. Paul says he has remained at MTN for much longer than he had originally expected because his work has always evolved, challenging him to reinvent his approach to what he does. The whole concept of the digital divide has been central to the work that MTN has been doing, which itself is taking technology to new heights. 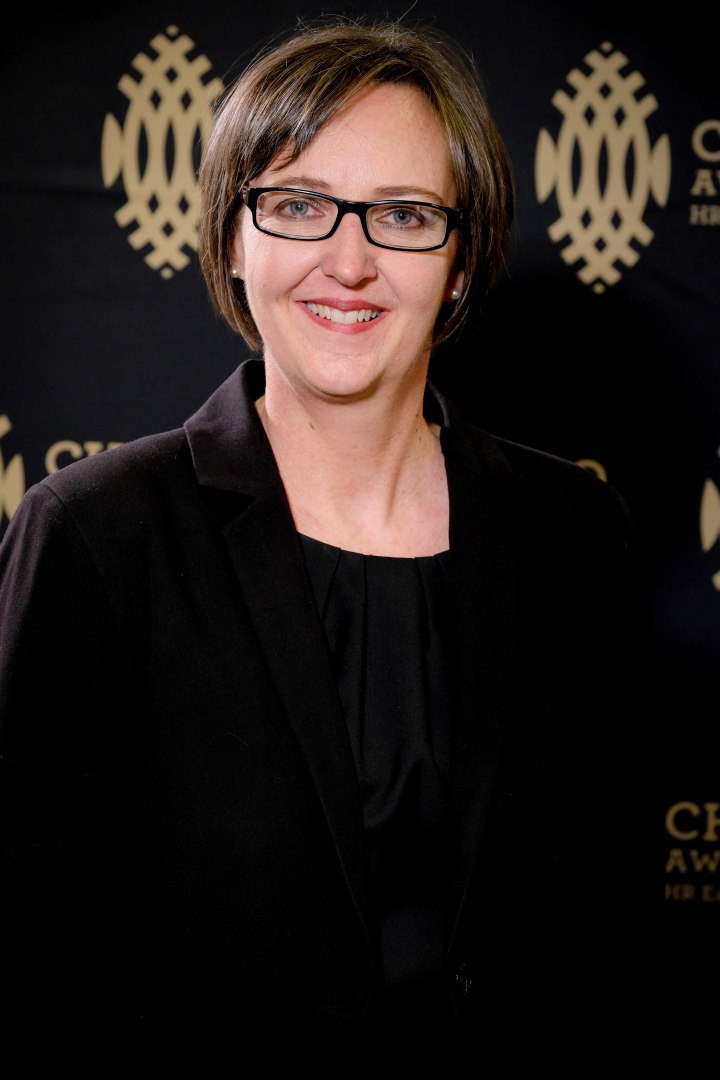 Sharon joined the group as part of the education and training division in 1991 and has held various senior executive positions in human capital. She served as the head of HR for commercial banking, CIB SA and global investment banking product line and of SBSA entity before taking on her current role in April 2014. She was appointed to the group executive committee in September 2018. 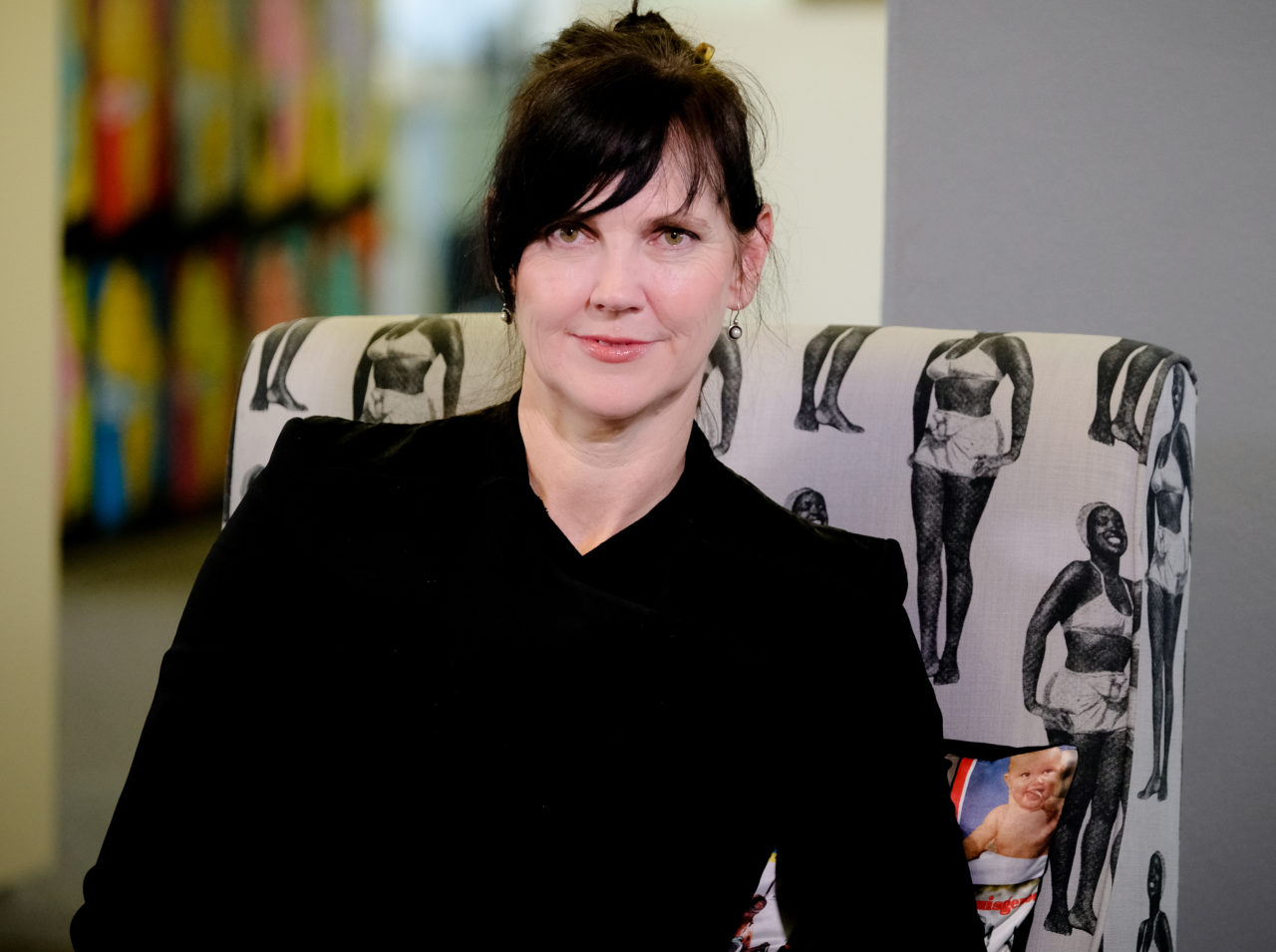 Shelagh is an industrial psychologist that has been a part of Media24 for close to 20 years and with parent company Naspers for much longer. In that time, she has taken on the responsibility of executive development and has been involved in the development and implementation of an integrated talent management strategy for the core business. Shelagh feels personally attached to the employees of Media24 and can’t imagine ever leaving the media industry as she believes that journalists do important work. 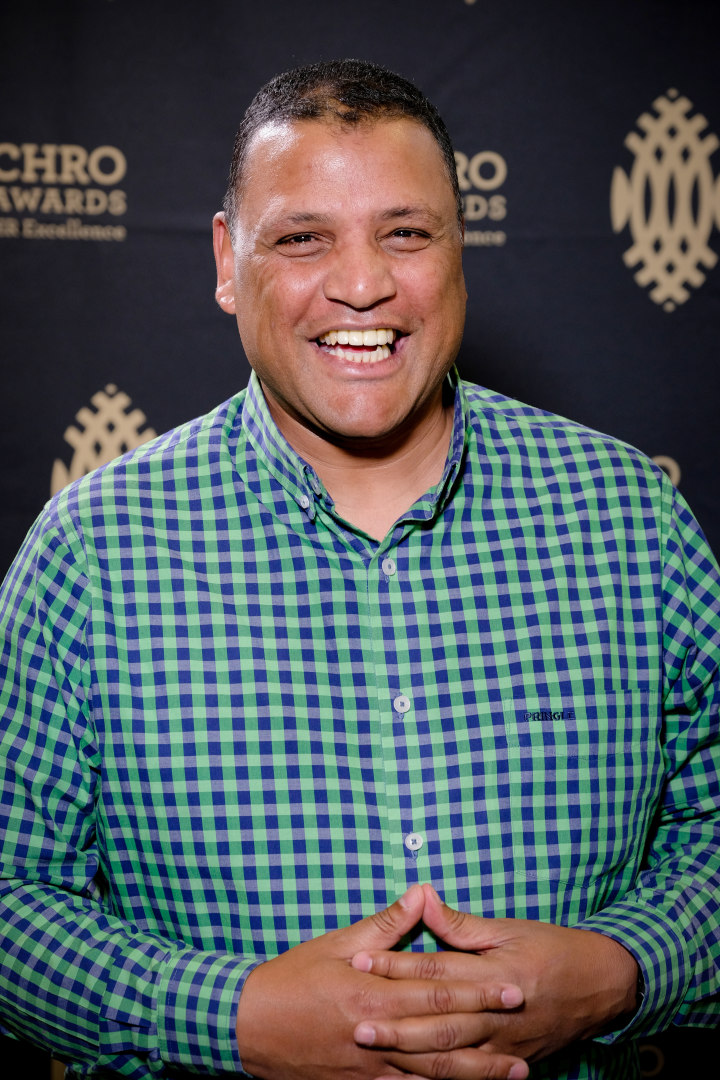 Suren joined OUTsurance in 2002 as an HR manager and was appointed onto the company’s executive committee in 2005. In the years since, he has been responsible for the full HR function and was involved in everything from the formulation and implementation of HR strategies to management and operational reporting. In 2017, he was officially appointed as the chief people officer and assumed full responsibility for HR and all training functions. Suren has also been actively involved in the transformation and human capital work streams at the South African Insurance Association. 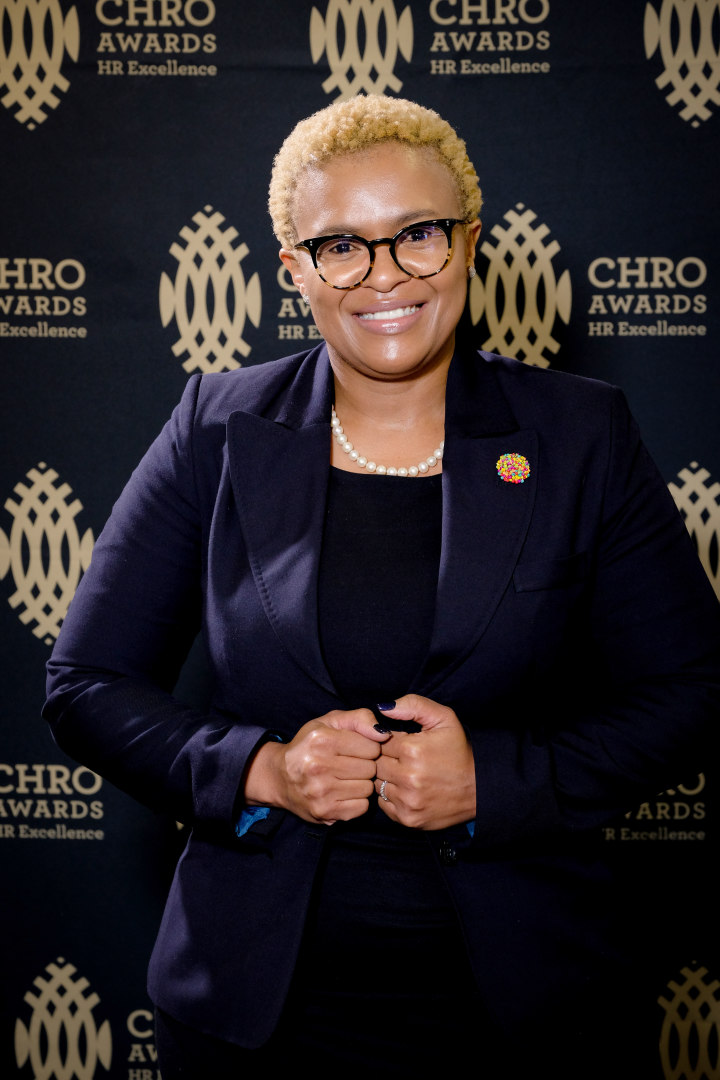 Tantaswa has worked for KPMG SA where she was executive head: people (HR) and transformation. She is a chartered accountant with qualifications in industrial psychology, accounting, banking and finance. She has also served as national president at the Association for the Advancement of Black Accountants of Southern Africa (ABASA). In addition, Tantaswa has previously worked for Standard Bank and Nkonki Inc and serves as a non-executive director on a number of boards. 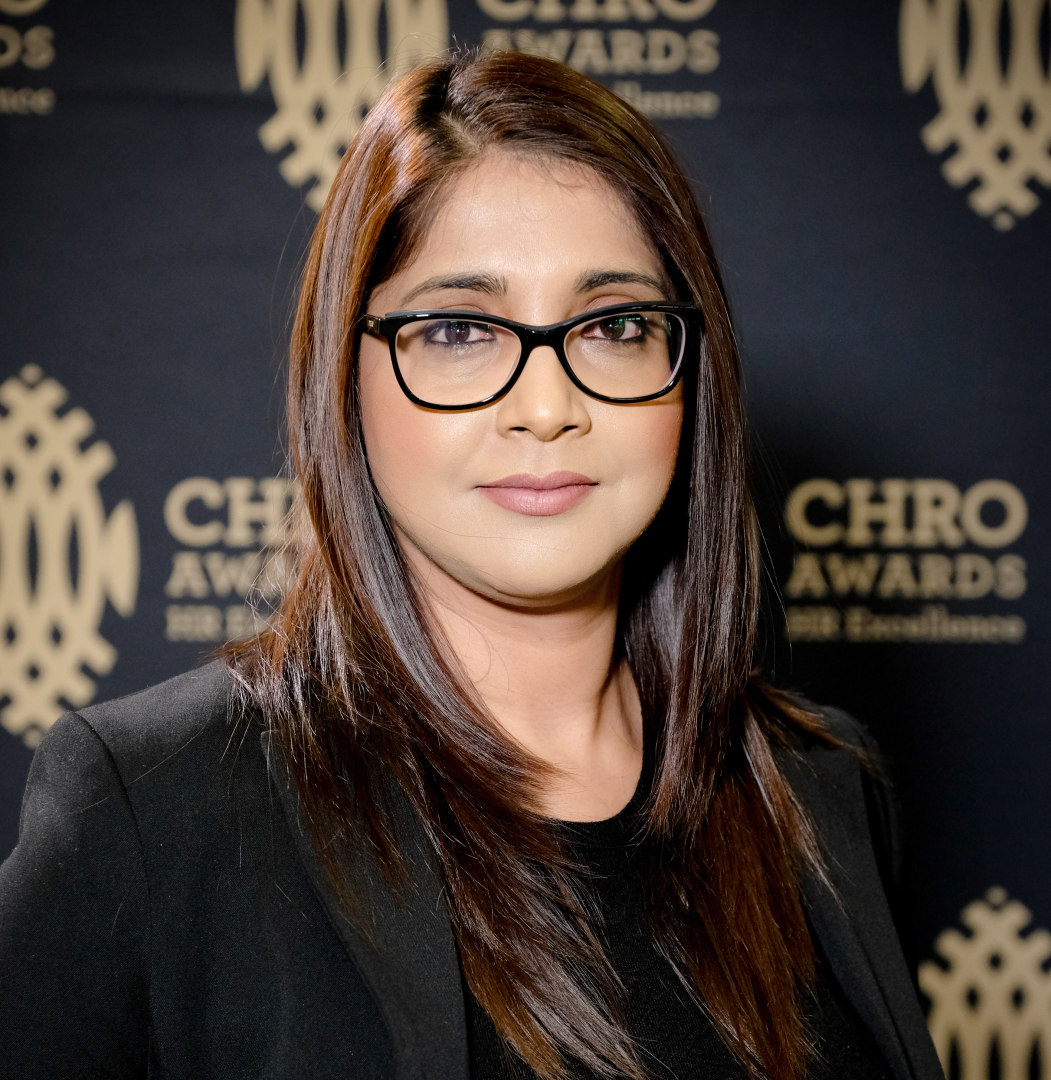 In her current role, Trishana is responsible for a team of 270 HR professionals spanning 27 African countries with legal entity presence. That HR team is tasked with servicing over 110,000 employees across the business lines for the largest employer on the continent. Prior to her current role, Trishana held roles as HR director for Africa at Colgate Palmolive, HR director at Philips and various HR roles and Deloitte, Unilever and Barclays. 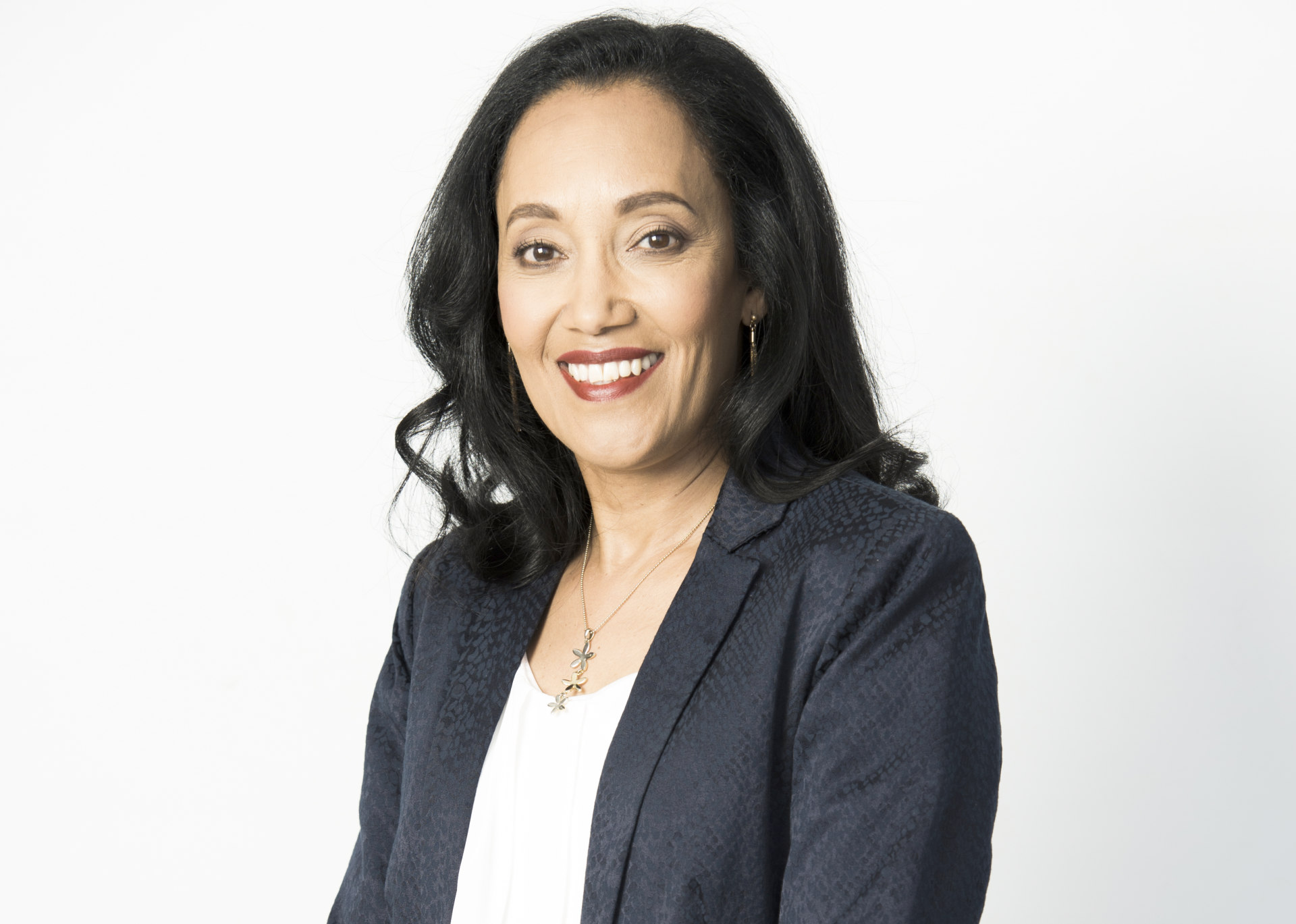 Verna specialises in labour and employment law and the impact they have on the companies that she worked for. At First Rand Bank, where she was the industrial relations manager, she handled training in so far as it related to putting prevention measures in place to ensure the company avoided of adverse, unintended consequences and/or negative exposure in dealing with its employees. She has been an HR executive since 2008 when she became the HR business partner at ABSA Wealth and was the employee relations manager at Sun international for six-and-half years before taking on her current role in 2015 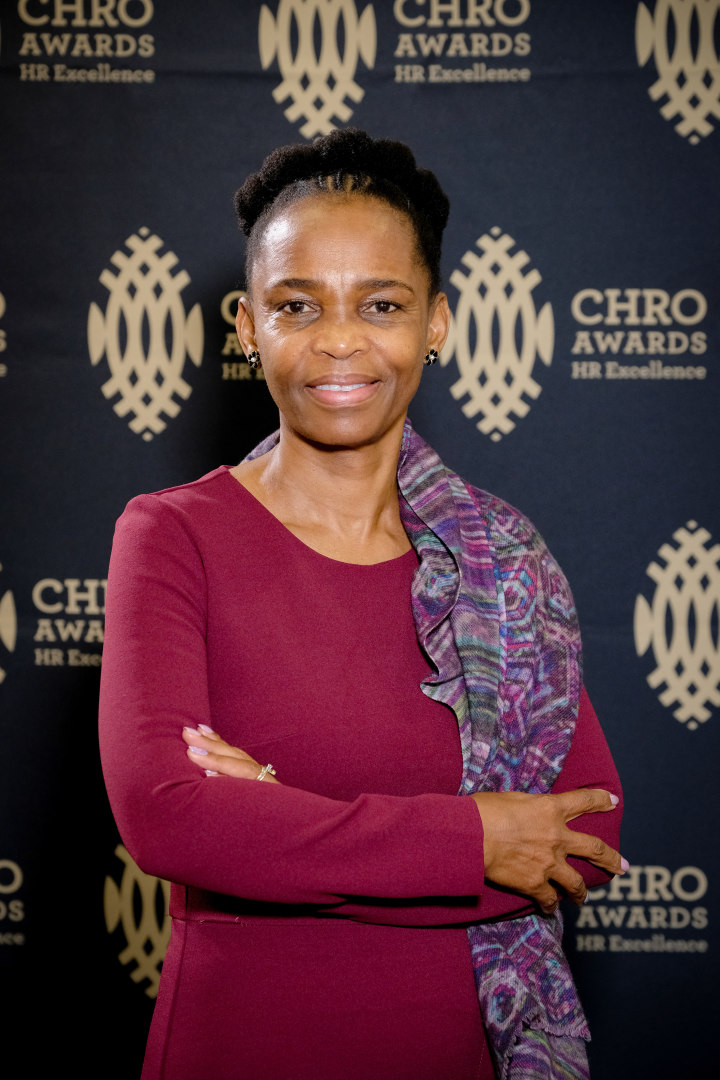 Vicky Tlhabanelo has more than 22 years' experience spread over various industries, including banking, agriculture, NGOs, transport business, retail, research and academia. In her current role, she overseas wage negotiations, remuneration (including managing the activities of REMCO), social labour plans, and talent management. Prior to her current role, Vicky was the executive director of HR at the Tshwane University of Technology.