Dieter Veldsman named 2021 CHRO of the Year, for his work as CHRO of Momentum Metropolitan

Dieter Veldsman has been named South Africa’s CHRO of the Year at the exclusive CHRO Awards, which took place on 18 November 2021. The annual gala event for HR executives was held at the Polo Room in Inanda, Johannesburg. All Covid-19 protocols were observed.

Dieter was recognised for his work as CHRO of Momentum Metropolitan, which he held until taking on the role of HR thought leader and domain expert at the Academy to Innovate HR in Rotterdam in September 2021.

Dieter also took home the HR & Technology Award and the Strategy & Leadership Award – and was able to travel home to South Africa to accept his three awards at the ceremony. 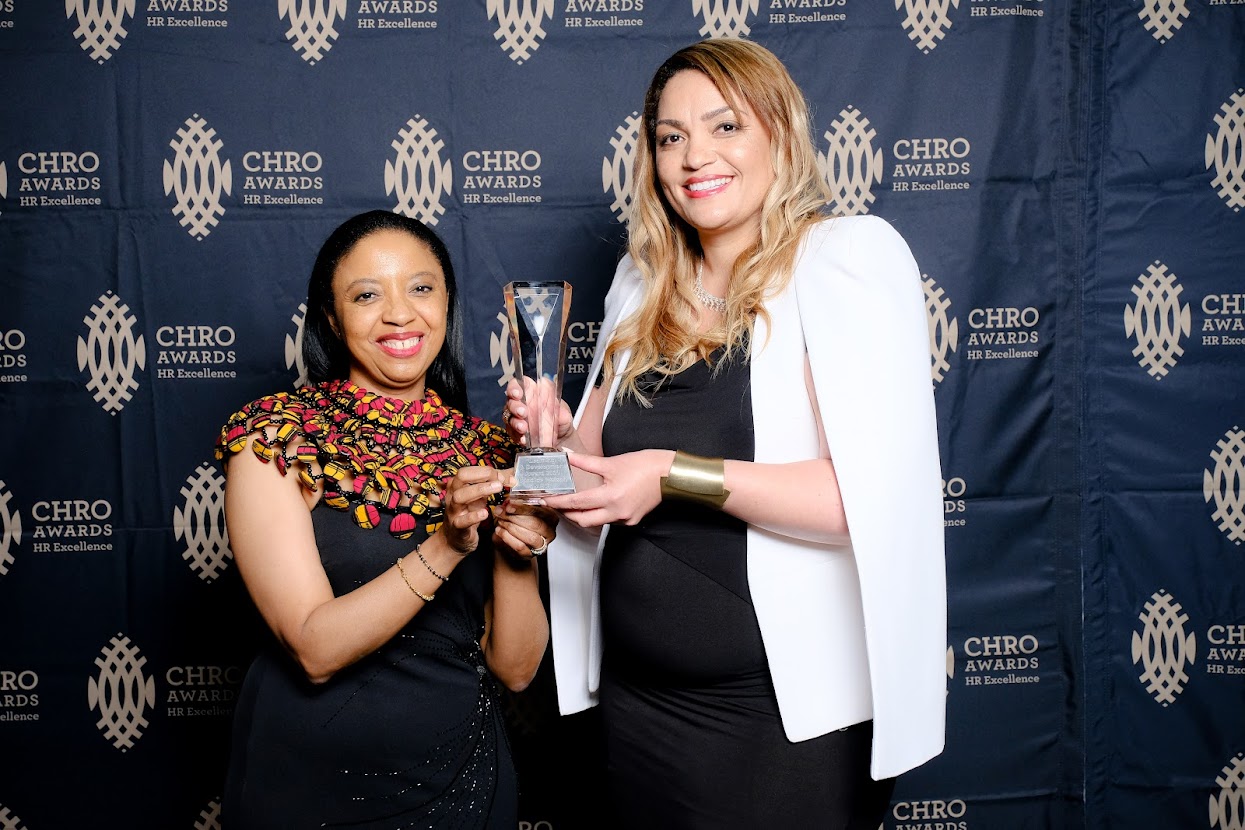 Candice Watson, the group executive: human capital at AECI, was also a big winner, being declared the Young CHRO of the Year, and taking home the Learning & Development Award as well. 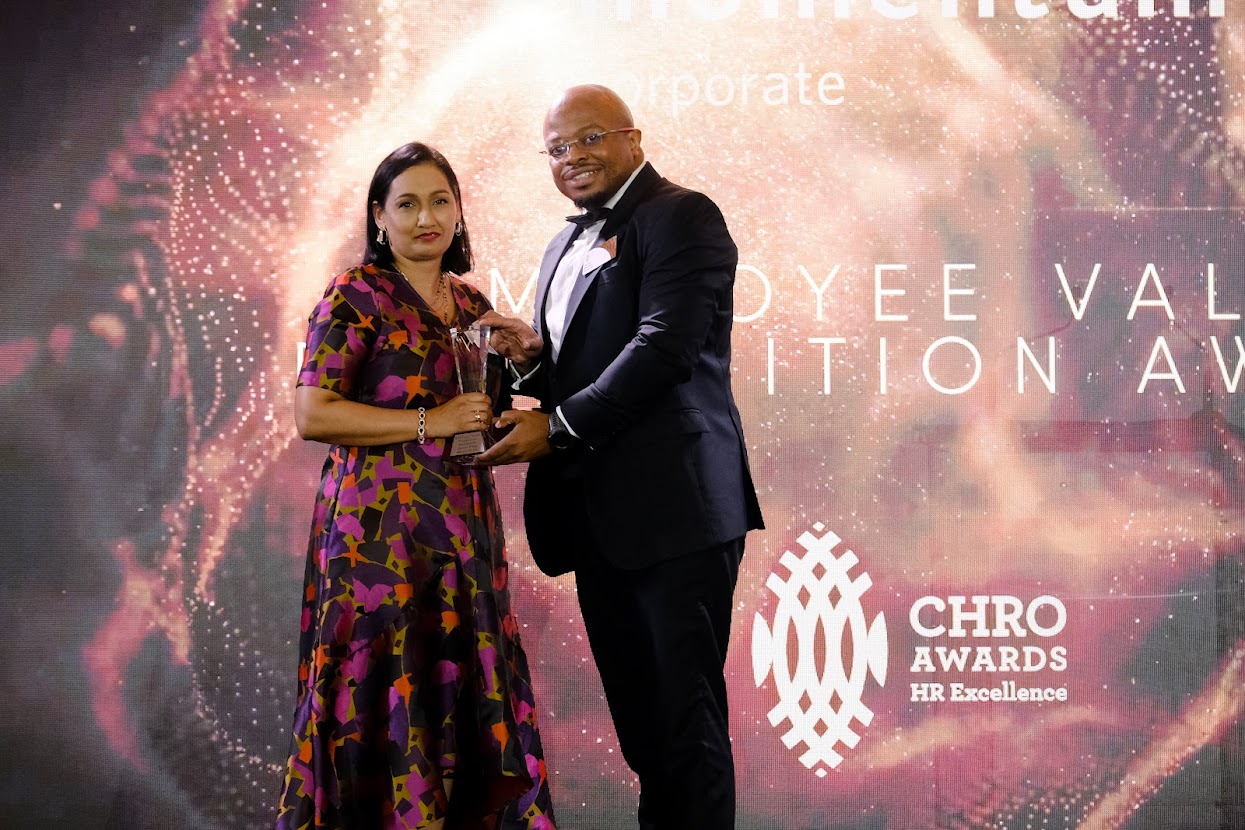 Jasmin Pillay received the Employee Value Proposition Award, for her time as the HR director for Microsoft South Africa. She took on a new role at the technology giant, as director of HR Consulting for Microsoft Middle East & Africa, in July this year. 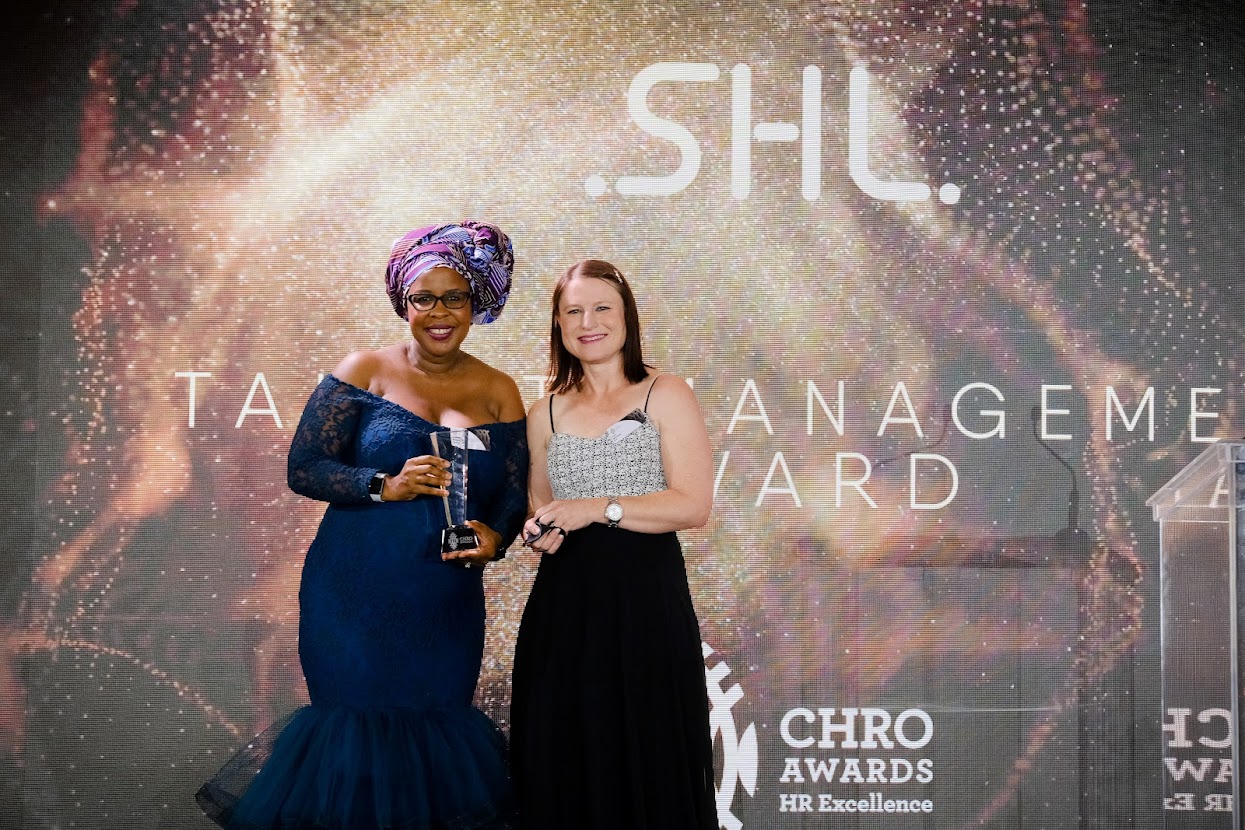 Celiwe Ross, Old Mutual human capital director, took home the Talent Management Award, while Donald Khumalo walked away with the Transformation & Empowerment Award for his work as HR director at the JSE. He joined FNB as human resources executive in October this year.

The awards were handed out at a glittering ceremony attended by a select group of 150 of South Africa’s top HR executives (a limited number due to Covid-19 regulations), at which comedian Riaad Moosa had the crowd in stitches. Attendees also heard from Adriana Marais, internationally renowned advocate for off-world exploration.

Dieter moved into the CHRO role at Momentum Metropolitan in 2019 to spearhead the people strategy that supported the broader business ‘Reset and Grow’ objectives. Together with the team, he launched the ‘ThinkHumanFirst’ people philosophy, redesigned and implemented a new employer brand and value proposition, and shifted the employee experience to be human-centric and employee-focused. He also played an instrumental role in guiding the organisation through Covid-19.

Other award winners:
Young CHRO of The Year, and the Learning & Development Award – Candice Watson, AECI
When Candice took on the role of group executive of human capital at AECI in 2020, the company was in the process of relaunching its corporate strategy.

Within her portfolio of HR, CSI and transformation, she was responsible for aligning the group human capital strategy. She also had to take the board through high level strategies for transformation, education, empowerment, setting targets and monitoring. As part of the strategy to integrate passion with purpose-led people, Candice deployed a new talent management model.

As the director of human resources, Jasmin headed up the human capital function at Microsoft South Africa, which has put together a list of behaviours that the group desired and put systems in place to track how often they were seeing those behaviours in people, leaders and customers.

Jasmin stays connected to the centres of excellence across the group to advise on enhancements and tweaks that need to be made to suit Microsoft’s market. She is also involved in designing leadership programmes within the company. Jasmin has since moved into a new role at Microsoft Middle East & Africa.

Transformation & Empowerment Award – Donald Khumalo, JSE
Donald was the director of human resources at the Johannesburg Stock Exchange from 2016 to 2021 and was responsible for ensuring that the business has the right talent to deliver on its strategic objectives for the period 2019 to 2024. Donald was also in charge of certain aspects of the JSE’s BEE scorecard, including employment equity, learning and development, and skills spend.
Donald received his award from Nzwananai Shoniwa, Acting Head: Sanlam Corporate Distribution

Talent Management Award – Celiwe Ross, Old Mutual
Since her appointment in 2018, Celiwe has been instrumental in the appointment of Old Mutual’s new CEO as well as the roll out of a new company strategy.

When she took the helm as human capital director, she was determined to leverage data analytics and other digital capabilities to elevate the employee experience. Old Mutual was one of the first large African corporations to adopt Workday as their ERP system; a journey that was undertaken even prior to the onset of Covid-19.

“The CHRO Awards recognise and reward excellence in HR leadership, and at no time has there been a greater call for this leadership than in the Covid-19 crisis,” says Sungula Nkabinde, community manager at CHRO South Africa. “All the nominees recognised tonight have shown extraordinary courage, insight and compassion in the last year and a half, navigating their people and organisations through the most challenging times in living memory. I offer my most sincere congratulations to the winners and the nominees, and extent my gratitude to our partners, whose generosity made this event possible.”

The CHRO Awards delivered an evening to remember for a community in need of celebration.

He says CHROs must be flexible and find new ways to create employee value propositions.