Hosted by Deloitte’s Anneke Andrews at The Woodlands Office Park in Woodmead on 25 May, the group of attendees broke away into separate sessions, which were led by CFO South Africa CEO Graham Ferhsen and CHRO SA executive manager Didi Sehume, before enjoying dinner and some drinks while networking.

In partnership with Workday, CHRO roundtables give HR executives practical insights that would allow them to go back to their work environment with a fresh perspective. Workday is a financial management and human capital management software vendor, which has been instrumental in the launch of CHRO South Africa, an organisation that connects HR leaders and helps them boost their knowledge, career and network. One of the biggest takeaways from yesterday’s sessions was that HR professionals needed to have the courage to address frailties and insecurities of leaders in order to bring back the humanity within their organisations. 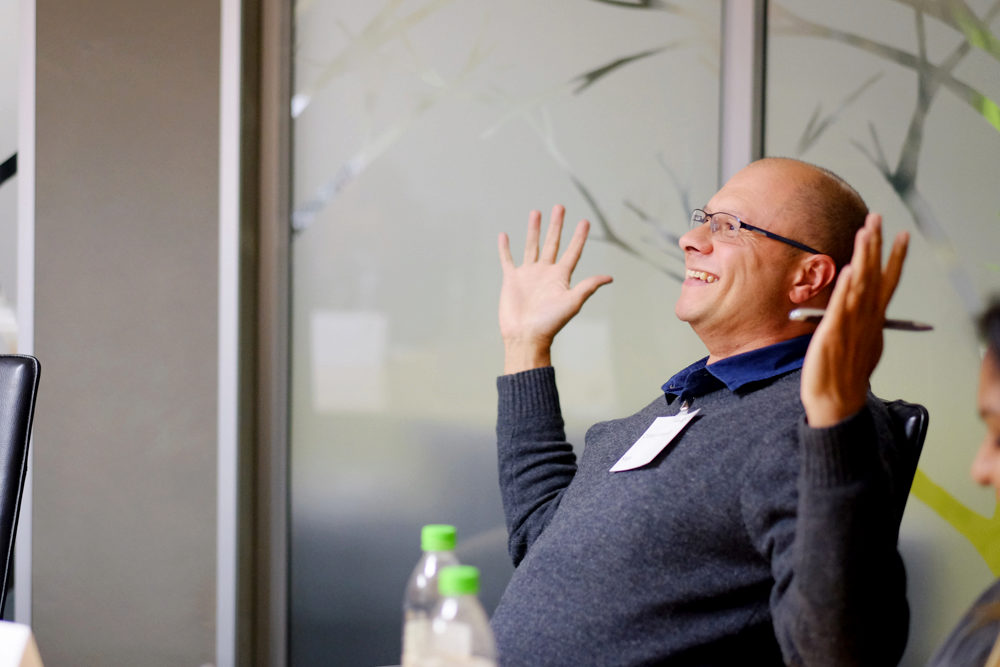 Cebile Xulu, who recently joined Mondel?z International, said that there was nothing more damaging to organisational culture and sentiment than leaders that are not authentic. If leaders are simply going to take a box-ticking approach to the way the engage with their employees – and not really value their inputs – employees will sense it and they will begin to disengage with whatever message comes from leadership.

If you are not bold enough to have a tough conversation with the CEO of a company, then you become complicit in maintaining an unhealthy culture - Busi Mtsweni

But this is something that is much easier said than done because, while some leaders are open to new ideas and willing to change their approaches for the betterment of the organization, many are set in their ways, not only because their way of doings things is what got them to where they are in their careers, but also because they are simply not as interested in people issues as they are in improving the financial performance of the organisation. 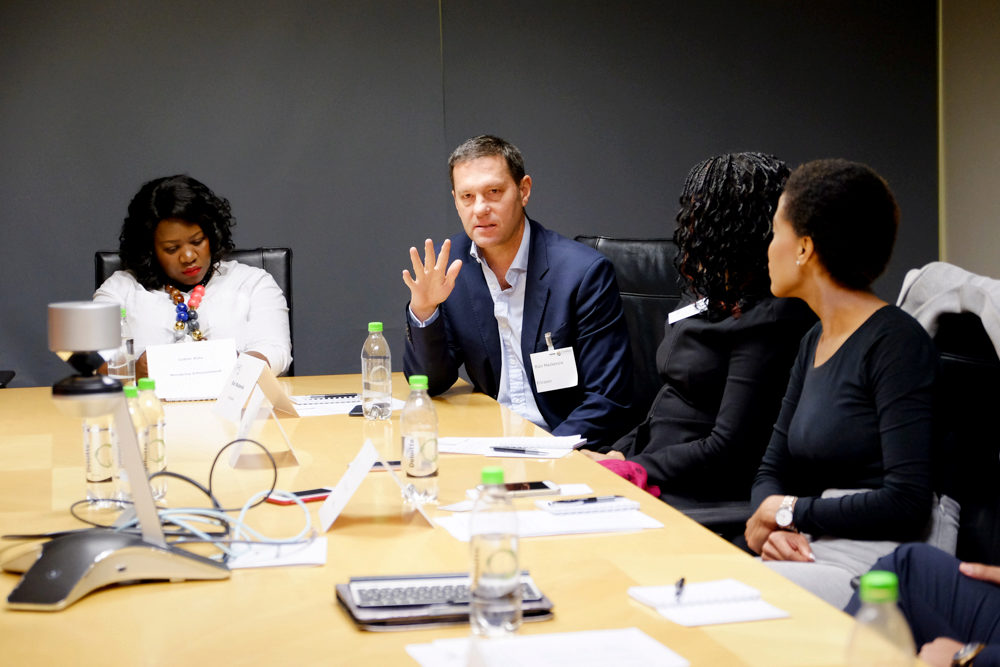 “I found it very challenging early in my career when I first started sitting on executive committees, to challenge some people because, as soon as I did, the person would get very defensive and switch into business mode to talk about operational figures and other aspects of the business,” said Mhlo Ntshangase from Saint-Gobain Construction Products.

“My concerns would then be ignored because those matters would often be beyond the scope of my portfolio. What helped a lot was when I started spending time in the operations divisions and understanding that aspect of the business so that, when I did challenge someone, I could back up my argument in a language would not allow the person in question to sidestep my concerns.”

Trevor Page, Director within Deloitte South Africa and a leader in the Human Capital Consulting practice, perhaps captured the spirit of the roundtable discussions best when he said that HR, over the last 20 years, had been too self-absorbed and forgotten the essence of what it’s purpose is, which is to make people the best that they can be.

Said Page: We've been on a journey of our own self-discovery and we have become process-driven. And when you become process driven, you lose the essence of what you're about. Everyone has touched on it here today. The transformation that we have to make as HR people is to become human developers again. We have to become the conscience of the organisation, whether it relates to the individual at the cultural level, at the skills-development level, at the transition-of-people level, and at the honesty-and-integrity level - and I think we have lost that a little.

“There has been an urge among HR professionals to become very business-like because we wanted to introduce HR systems and to have a boardroom presence where we discussed the hard stuff, but we kind of lost a little bit of the heart in what we do, which doesn't always have to be fluffy. Having heart is also being able to say to a leader, 'if you're going to stay in this organisation, let's coach you a little bit to give you longevity, otherwise you're going to be redundant in a year's time. There is a hard and a soft side to statements like that.”

It’s not an HR problem

Clinton Voskuil, who is now only a few weeks into his new role at Sage, said he had once been given a mandate to improve the happiness of employees within an organisation, even though the behaviour of the leader that had given that instruction was inconsistent with that message.

“In 45-minute meeting, one of my team members had been noting the number of times that this leader had used an expletive - particularly the 'f' word - and at the end of the meeting he said, 'you've been talking about bringing happiness into the organisation and you swore 45 times in this 45 minutes and 90% of the words were the 'f' word - but you're talking about bringing happiness,“ sais Voskuil.

Andrews found the whole notion of making HR responsible for improving the happiness of employees quite unreasonable, saying that it is was tough enough for a person to take charge of their own happiness. Shifting the responsibility for thins like that, to her, was akin to telling teachers at your children’s school that they were responsible making sure they had good values.

“When you take ownership and responsibility away from individuals and seek to outsource it to another division, you are bound to get into some trouble,” said Andrews.

Ntshangase said that one of the problems regarding leadership mentality was that “many of the leaders that we have today were not put in place to deal with the kind of challenges that we are currently facing”. And part of resolving that problem is to make them understand that driving culture was a collective responsibility. 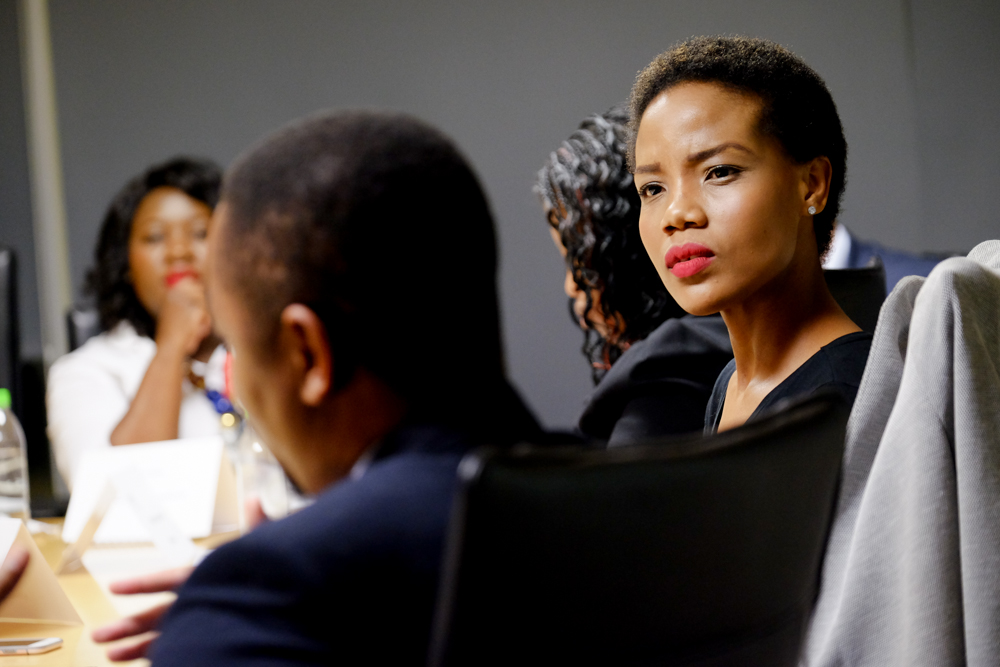 Jane Waters, the Chief Operating Officer at Allen Overy, wrapped up the evening, saying that there was still so much potential in the function of HR and in the people that practice HR. Because, when she started as an HR admin assistant many moons ago, they were still personnel girls and there was no visible path to sitting on any board because the CFO's of this world were thought to have the perfect business training.

“But I was very delighted to read an article that was published last year in the Harvard Business review that basically said that HR practitioners are more able to be CEOs than people from any other functional area of a business. It just shows how far the vocation has some and how much further it can still go,” she said.

Malisha believes that being vulnerable is a credible and authentic demonstration of your humanity.

At Nando’s, employee wellbeing is core to building resilience and is seen as a passport to thrive.

The key is to not overthink it and to keep your old relationships warm, says Ncumisa.

Sigrid believes they could be the solution to many questions around the future of work.

HR executives joined a Community Conversation to share how they are coping with 2021.

The future of recruitment: AI will assist rather than replace hiring teams

International experts and local HR leaders share their views on the evolution of recruitment.

Henley’s Jon Foster-Pedley explored how leaders have had to change how they manage people.

Old Mutual has implemented Workday HCM to help fundamentally change its relationship with its employees.

Discovery’s Tswelo Kodisang presented a case study on how AI has transformed the company’s people function.

CHRO Community Conversation hears about the importance of a unique EVP

Head of human capital Linda Roos says she believes people should not be exited based on age.