HR and finance professionals share ideas on big thinking and collaboration at Get Smart Summit.

The first CHRO summit of 2019 was hosted in collaboration with brother company CFO South Africa and saw finance and HR leaders come together to share insights on how to make a valuable impact over the coming year through big thinking and collaboration. Sponsored by SAP Concur, the event sought to inspire business leaders to think differently about their challenges and opportunities.

Mqondisi Gumede, CEO at The OMG, 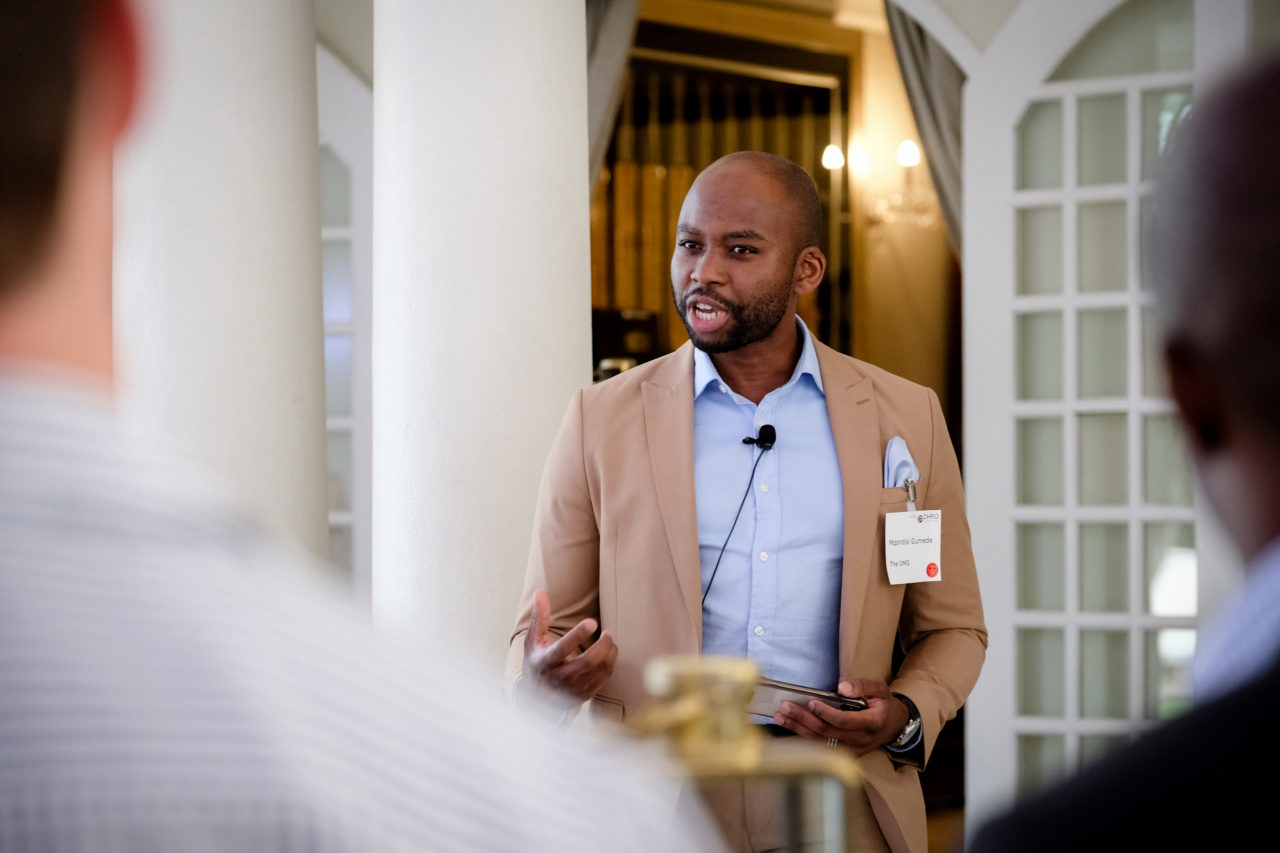 said that ultimately, thinking big in business meant developing and executing an idea that either found a cheaper and more efficient way to provide something for which there is already an existing demand or creating a bigger sense of need for the product or service you already have.

"Thinking big is about uncovering unexplored territory. It means thinking about human beings and how they interact with the things around them," said Mqondisi. "Take champagne, for example. This is one of the most begrudgingly drunk alcoholic beverages. It is something people reach for to signify a celebration. Nobody buys champagne with the aim of quenching their thirst. But how did champagne come to be that thing? Big thinking."

After Mqondisi's keynote address, attendees rotated through into three breakaway sessions in which they dicsussed their own ideas after hearing about big thinking and collaboration from Transunion CEO Lee Naik, Peregerine CEO Rob Katz and EOH's recently appointed Group Finance Director Megan Pydigadu. 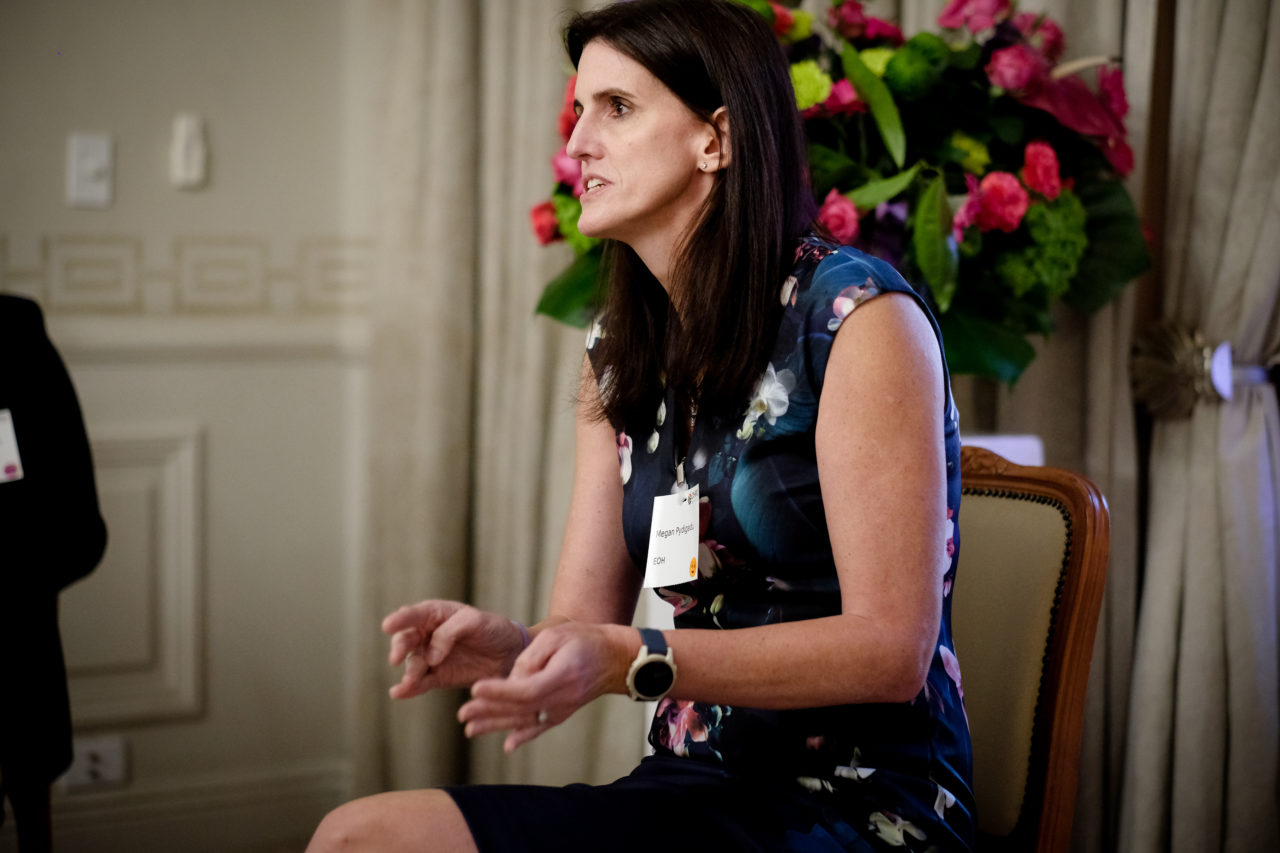 ons because the exchange rate priced them out the market, which prompted the company to list in the US.

Said Megan: "We decided in March 2013 and by August 2013 we had done a successful listing and had raised $100 million. I don't think any South African company has done that ever since then and that is because it was such a major effort that could only be executed through teamwork and collaboration. There were so many different streams of work that were going on in order to meet compliance requirements in both South Africa and in America. But what we did showed that

even the most ambitious of plans can be executed well with collaboration."

She also spoke of another organisation she was with where there was a need to change mindsets in order to make employees more collaborative as people would mostly try to deal will problems through emails going back an forth with little progress being made.

They opted to resolve the problem by developing functional strategies for different areas - operations, finance, IT, HR and so forth - and made sure that they had cross-functional teams of people to develop each of those strategies

"I've worked at other organisations where there was a command and control style of leadership. Where there is one person that made all the decisions. Those kinds of companies can grow successfully but only up to a certain point because they plateau when the leaders can't think differently enough about how to get to the next level."

Taking your people with you

Thinking big, if done properly, invariably means doing things differently and that means change, which is something that will always be difficult for employees to grapple with. Rob said

the bottom line with most people is that, at their very core, they are insecure and that, in order to get buy-in from them, the most important thing to do is be aware of those insecurities and do what you can to reassure your people. 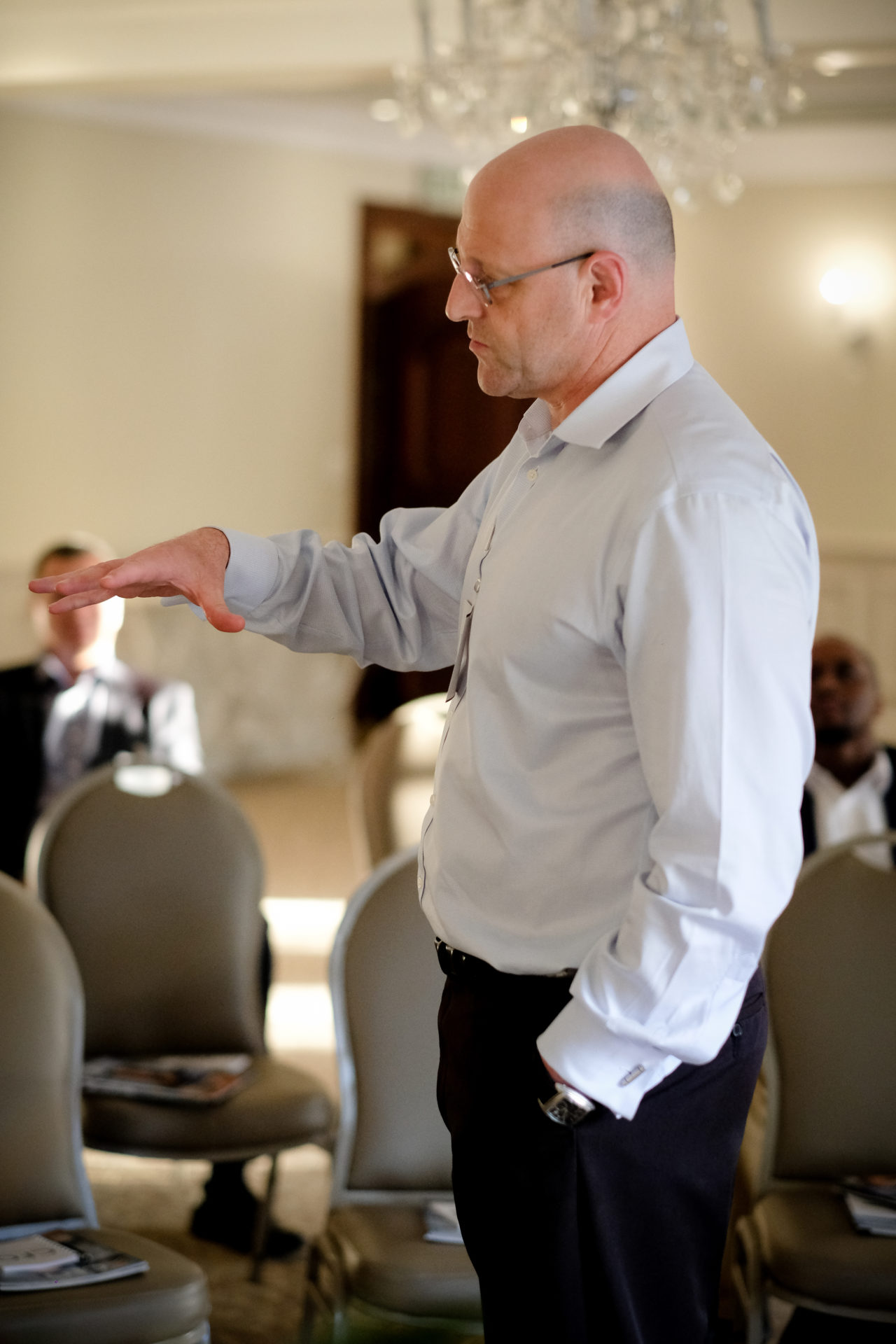 about their jobs. At the end of the day, when you peel away at the reason for any resistance you're encountering change, it comes down to people, their insecurity and their own self-worth. So if you want to be successful, you have to make them feel like they are secure," said Rob.

Lee explained that one of his biggest challenges was change, which has been an ongoing big theme at Transunion. Between the year 1901, when the company was founded, and 1993, it had no competition in South Africa. So his challenge was and still is to continue the transformation of a company that effectively has only been having to compete for about 24 years or so of its 118-year existence.

"Change always comes from the outside in. Very few people that are in an organisation see the need to change, especially when they have been in the organisation for decades on end. When you are taking on a new role, success is hardly ever measured by your ability to do what you've always done. Actually, doing what you have always done with invariably results in losing further ground on your competitors," said Lee.

In order to properly steer an organisation undergoing change, Lee said it was importantl to create a vision that could be clearly articulated. Because without that you will never get buy-in from your employees.

"Every month, I have a mass meeting with all our people and I use the same six slides for every presentation. In the two years I've been there I've never changed a single slide. That serves as a stark reminder that our purpose never changes. At the reception of Tesla, on the back wall of the reception area is a picture of Mars, because that's the vision.

Secondly Lee said it was important to find out quickly who buys into your vision, who doesn't and who is on the fence. Thereafter, double down on your 'yes' people, and get rid of the 'no' people as quickly as possible, and try to speed up the process of converting your maybes into yeses or otherwise accepting that they are nos.

Jon Foster-Pedley, the dean of Henley Business School, wrapped up the evening by asking attendees to share what their key takeaways had been. He also encouraged them to be courageous in their endeavours in the coming year.

"We are so trained to think strictly within the parameters of our professions or within the limits of measures like profits and losses, that we sometimes lose sight of the bigger picture. In fast-growing complex markets, where you have to be creative and competitive, there is an enormous amount of collaboration required between people who see parts of a puzzle that need to bring that together into a better picture."

"There is a wonderful quote by Anaïs Nin, which says that 'life shrinks or expands in proportion to one's courage,' and there is something very courageous about thinking big," said Jon. 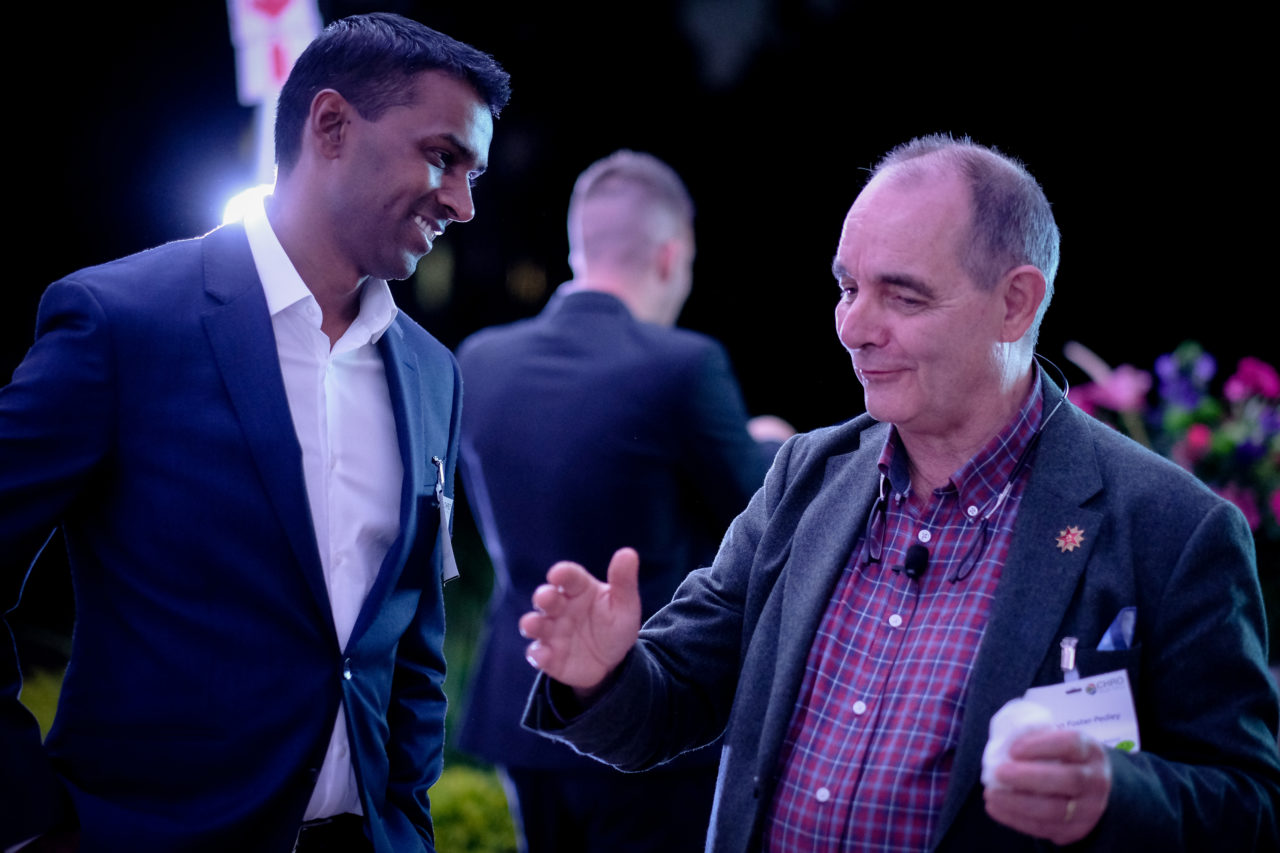 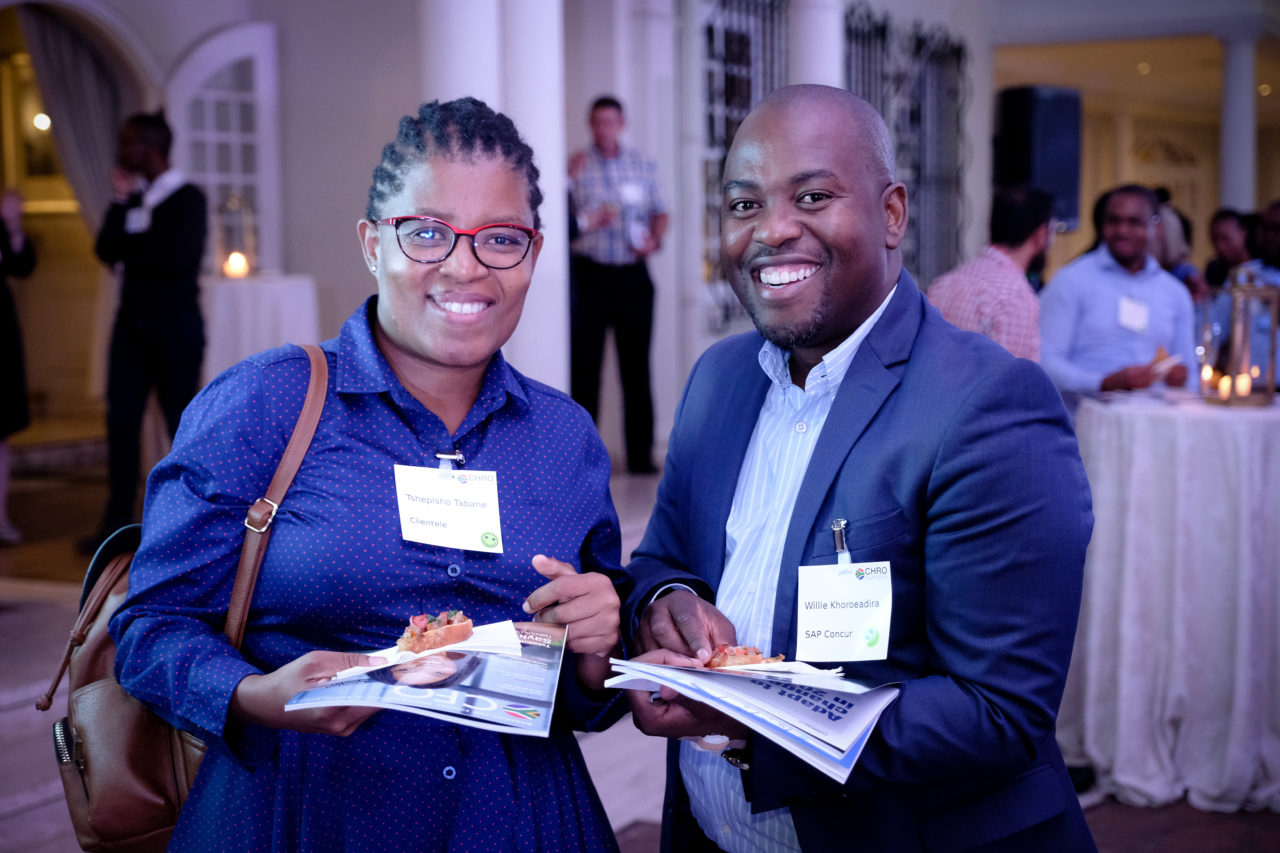 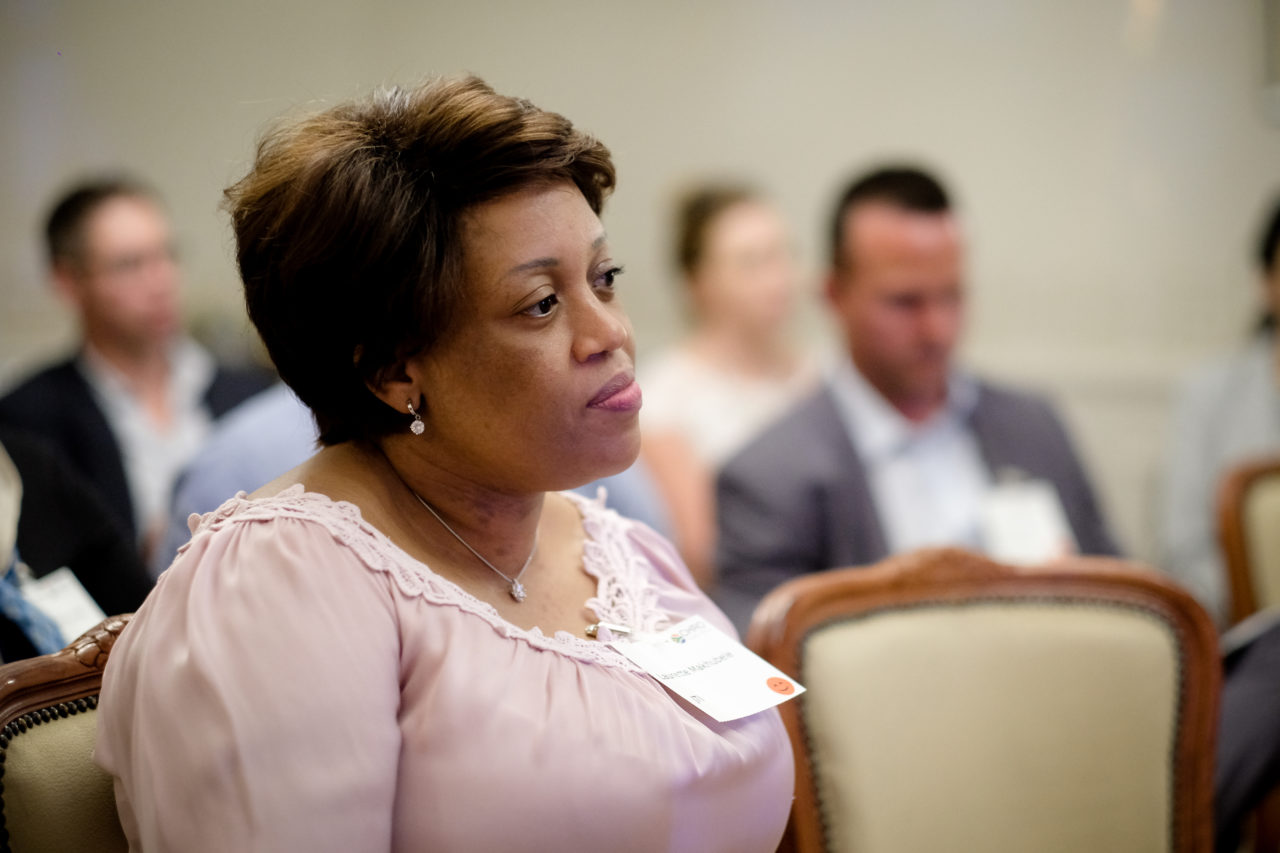